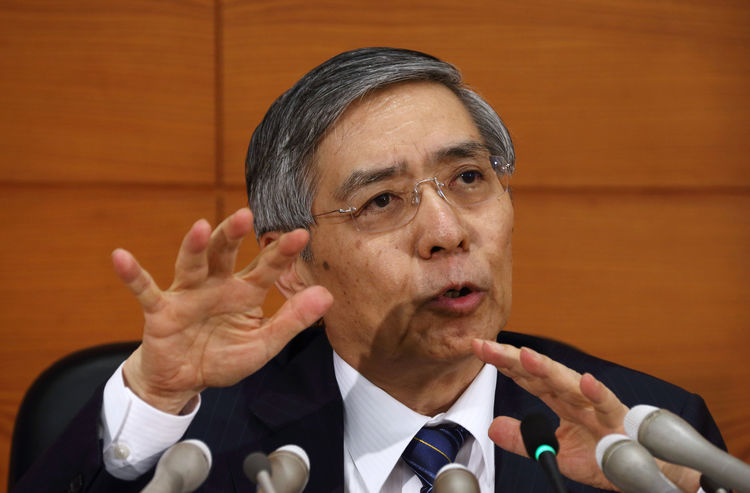 The Bank of Japan should act preemptively to change the deflationary mindset in Japan and this action could come as soon as March, said Etsuro Honda, an adviser to Prime Minister Shinzo Abe.

“It’s possible that extra stimulus could come as soon as March,” Honda, 61, said in an interview in Tokyo on Tuesday. “It’s vital for the BOJ to preemptively work to change people’s minds after considering various economic indicators — not just sit back and follow events.”

Honda’s comments were made at a time of increasing focus on the BOJ’s next policy meeting on March 14-15, with Barclays Plc and JPMorgan Chase & Co. recently saying that they see an increasing chance for further stimulus then. While the introduction of a negative rate policy last month has driven down interest rates and yields, its impact on markets has been muted, with the yen strengthening and stocks down.

Japan went into recession after the last sales tax increase in 2014. Considering that, the next hike in the levy should be postponed by two years to April 2019, Honda said. “Announcing that there would be no tax increase until prices and employment have stabilized would have a large positive effect” on household sentiment, he said.

“Currently, the BOJ says it will reach the 2 percent price target in the six months from April 2017, which is when the sales tax will be increased. And that levy rise would cause inflation to drop again,” Honda said. “If that happened, there’s a chance of people losing trust in Abenomics.”

Honda acknowledged that the tax can’t continually be postponed, as it has already been pushed back once to the April 2017 date. “But, I don’t want us to make the same mistakes as before,” so raising it in 2019 is the best scenario in the current situation, he said.

Honda called for an extra budget of about five trillion yen ($44 billion), saying that measures are “strongly needed” to stimulate an economy that contracted in the last quarter of 2015.

“It would be best if we could have an extra budget, but there is no time in the parliamentary schedule,” he said. “We have to announce something big, to show the government’s resolve.”

Japan passed an extra budget last month for the rest of this fiscal year, which lasts until the end of March. Parliament is currently considering the budget for the next year, which will be a record 96.7 trillion yen.