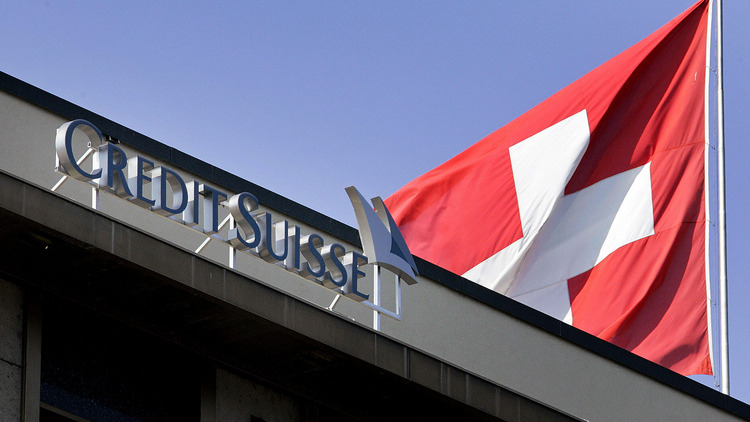 Credit Suisse has turned bearish on the U.S. dollar versus the other two G3 currencies for the first time since the greenback’s scintillating rally began in the middle of 2014.

The bank’s currency team, led by Global Head of FX Strategy Shahab Jalinoos, sees EURUSD rising to 1.17 and USDJPY falling to 110 over the next three months.

Concerns about monetary policy impotence—that central bankers will be unable to successfully reflate their economies—are becoming embedded in currency valuations, according to the analysts.

There’s “a growing fear that monetary policy is now ‘pushing on a string,’ at least from an FX perspective,” they wrote. “EUR and JPY are materially stronger now than levels before ECB chief Draghi hinted at more easing and the BoJ introduction of negative rates in January.”

Options traders doubt that the Bank of Japan in particular will be able to keep the yen on its back foot going forward—a development that would bode ill for its attempts to win a decades-long battle against deflation.

“Risk reversal skews are now generally bid for JPY again in the same manner as they were prior to the start of QQE in 2012–the risk of large JPY sell-offs linked to BoJ policy is gradually being priced out,” wrote Jalinoos & Co.

Meanwhile, in part due to fears that monetary stimulus from the ECB and BoJ will fail to bear fruit, investors are skeptical of the Fed’s ability to continue decoupling policy from that of other major central banks.

The much-ballyhooed divergence trade—which analysts at Credit Suisse were quite bullish on in November—is over, according to Jalinoos’ team, which highlighted “an obvious end to the monetary policy divergence trade when looking at rate differentials.”

“It goes without saying that the market is no longer expecting more Fed rate hikes in 2016,” the strategists concede.

The bulk of the initial move in USDJPY that started near the end of 2012 was predicated on presumed monetary divergence, with Prime Minister Shinzo Abe pledging easing on this front, while Ben Bernanke would soon set off the “taper tantrum” in May 2013.

A situation in which the Bank of Japan’s stimulus has run its course—at least on the currency—and expectations for negative rates in the United States continue to mount would send ripples through the entire foreign exchange complex and potentially other asset classes, to boot.

“A violent and persistent turnaround in U.S. rate expectations would certainly classify as the type of scenario that would upset the apple cart for most USD versus G10 forecasts, but especially for USDJPY,” the strategists wrote. “The market is not well positioned psychologically for this outcome.”

As the yen is typically viewed as a risk-off or safe haven currency—and because the USDJPY pair has tracked the S&P 500 fairly closely since Abe’s rise in the polls began—equities could also be adversely affected by a period of relative strength in the Japanese currency.