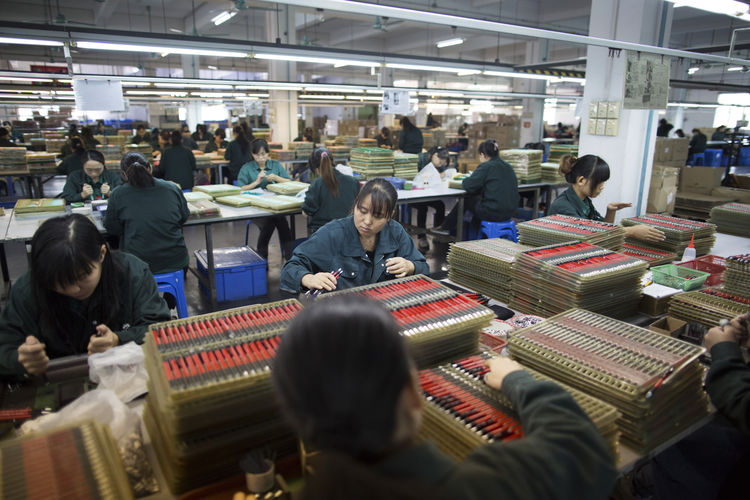 The People’s Republic of China is planning to invest at least $60bn in Nigeria economy.

Chargé d’Affaires of the Chinese Embassy in Nigeria, Mr. Qin Jian, who said this in a statement while commemorating the 45th anniversary of its diplomatic activities in Nigeria, described the economic cooperation between both countries as fruitful.

Qin said China was willing to integrate its development with independent and sustainable development of Nigeria and other African countries, so as to achieve common development.

He noted that at the “successful and historic” second edition of the Forum on China-Africa Cooperation Summit held in Johannesburg, South Africa, Chinese President Xi Jinping proposed five major pillars for China-Africa relations.

According to the Chinese envoy, China and Africa should seek equality and mutual trust in politics, cooperation in economy, mutual learning in civilisation, mutual assistance in security and unity and coordination in international affairs.

Qin said, “(China’s) 10 key cooperation plans with Africa in the fields of industrialisation, agricultural modernisation, infrastructure, etc. will serve as an all-around blueprint for China’s cooperation with Africa in a period to come and symbolise that China-Africa relations will take a big stride and enter a new era.

“To fulfil the 10 plans, China has pledged 60 billion US dollars in development funding to Africa. When carrying out cooperation with Africa, China sticks to the principle of ‘Four noes and three priorities.’

“These include attaching no political conditions, interfering in no African country’s internal affairs, raising no demanding requirements and making no empty promises.”

Among the listed priorities of the Asian nation were Africa’s demands, improvement of African people’s livelihood and enhancement of Africa’s capacity for independent development.