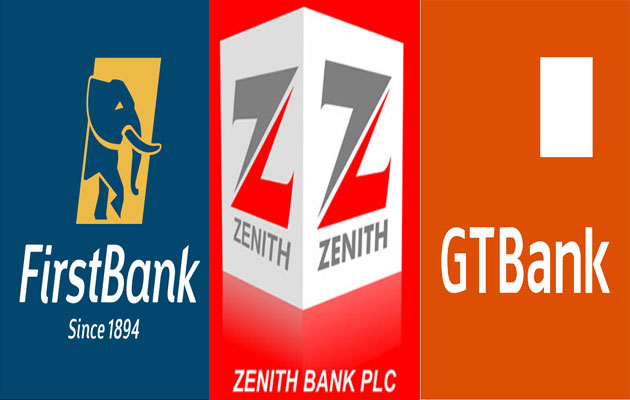 First Bank of Nigeria Limited, Guaranty Trust Bank Plc, Zenith Bank Plc and United Bank for Africa have been named among the world’s top 500 banks. A new study conducted by the United Kingdom-based The Banker Magazine gave this verdict.

The 2016 The Banker and Brand Finance Top 500 Banking Brands report showed that First Bank retained its number one banking brand ranking in Nigeria for the fifth consecutive year.

The ranking was published in the February edition of The Banker magazine of the Financial Times Group in conjunction with London-based Brand Finance.

A statement by the Country Representative of The Banker magazine in Nigeria, Mr. Kunle Ogedengbe, noted that First Bank’s brand value increased to $322m in 2016 from $300m in 2015 while that of GTB also increased to $243m from $213m.

A brand value is the licensing rate that a third-party would need to pay to use the bank’s brand.

According to The Banker magazine, of the five countries in Africa that made the ranking, Nigeria has the highest brand value increase of $249m.

Globally, Wells Fargo of the United States of America retains the number one banking brand in the world for the fourth consecutive year and was followed by banks in China and the UK in the top 10 banks.

The Banker, in its 90th year, is said to have a robust coverage of global finance and banking publication from the group of Financial Times Newspaper which is regarded as the most influential newspaper in the world.