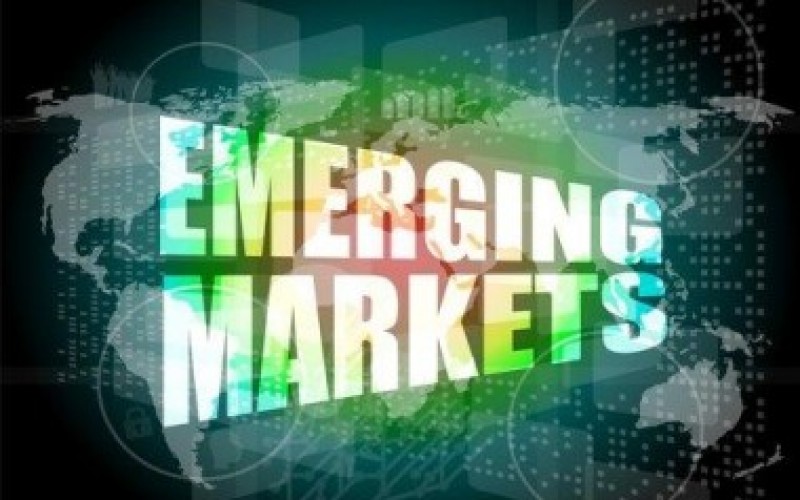 Emerging-market stocks headed for the biggest two-day rally since 2011 as oil held onto its gains and on optimism some of the world’s biggest central banks will boost stimulus to prop up plunging markets.

All 10 sectors in the index rose, led by energy shares, backing up the biggest increase in the gauge since August on Friday. Brent crude advanced, after jumping the most in more than seven years over Thursday and Friday in a rally sparked by hedge funds reducing bets prices would keep falling. A measure of emerging-market currencies rose for a third day to extend its recovery from a record low. The won led gains to head for its biggest two-day advance since October before data forecast to show South Korea’s economic growth quickened last quarter from a year earlier.

European Central Bank President Mario Draghi’s indication that stimulus could be boosted as early as March, along with speculation China will cut interest rates further and the Federal Reserve will delay raising them, is driving a recovery in global markets. While China’s economy is decelerating, it won’t be a cataclysmic slowdown, according to several attendees at the World Economic Forum in Davos, Switzerland, last week including Nobel laureate Joseph Stiglitz and Credit Suisse Group AG Chief Executive Officer Tidjane Thiam.

“The probable closing of short oil contracts leading oil prices higher and the consensus in Davos on a soft landing for China eased market fears,” Attila Vajda, managing director of Project Asia Research & Consulting Pte, a Singapore-based advisory firm, said from Ho Chi Minh City. “But it’s likely that we are not out of the woods yet, so the rebound in the market might be just a relief rally.”

The MSCI Emerging Markets Index rose 1.3 percent to 719.52 at 12:14 p.m. in Hong Kong. The gauge has fallen 9.4 percent this year and is trading at 10.5 times its projected 12-month earnings, compared with 14.8 for the MSCI World Index. Hong Kong’s Tencent Holdings Ltd. provided the biggest boost to the gauge, rising 2.8 percent, followed by China Mobile Ltd. with a 2.4 percent increase.

The Hang Seng China Enterprise Index of mainland shares in Hong Kong climbed 1.3 percent, while the Shanghai Composite Index advanced 1 percent. The gauge, whose gyrations at the start of the year sparked the global selloff, ended up 1.3 percent on Friday as China signaled it would curb overcapacity in industries such as coal that have been dragging down economic growth.

Equities indexes in Thailand, Taiwan and Indonesia were up by 1 percent or more, while Vietnam’s VN Index rose 3.1 percent. Malaysian markets are closed for a public holiday.

The developing-nation currencies gauge rose 0.1 percent, following a 1 percent jump on Friday after it fell to an unprecedented low two days earlier. The won was up 0.6 percent, backing up a 1.1 percent advance on Friday, while the Taiwanese dollar strengthened 0.4 percent and Thailand’s baht climbed 0.2 percent. Brent crude has rallied 16 percent in three days, but is still down 13 percent this year.

“Emerging-market currencies have benefited from expectations of more central bank policy easing,” said Sim Moh Siong, a foreign-exchange strategist at Bank of Singapore Ltd. “I think the market is generally hopeful that the Fed may highlight the risk to inflation from lower oil prices and therefore push back against expectations of tightening” when it meets this week, he said.

The offshore yuan rose for the first time in five days after China stepped up verbal defense of its currency to ward off speculators betting on depreciation. The currency is down 0.6 percent this year, while the onshore yuan has dropped 1.3 percent.

Chinese sovereign bonds fell on speculation the central bank will be cautious in cutting lenders’ reserve requirements amid depreciation pressure on the yuan. The 10-year yield rose nine basis points to 2.87 percent in the biggest increase since November.

The yield on similar-maturity Philippine securities dropped seven basis points to 4.30 percent, while that on South Korean notes fell one basis point to 2.03 percent.