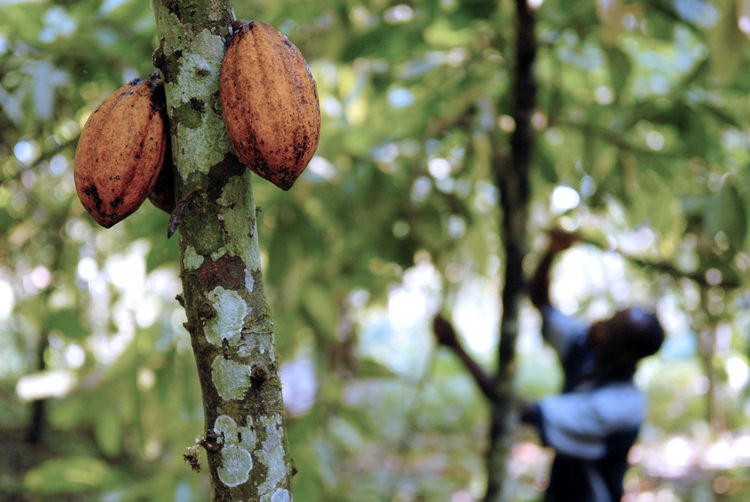 The President, Cocoa Processors Association of Nigeria, Mr. Dimeji Owofemi, has said that cocoa processors are recording huge losses on cocoa beans as a result of the Federal Government’s foreign exchange market restrictions.

In an exclusive interview with SUNDAY PUNCH, he said that the local price for the product was based on the value of naira to the dollar at the parallel market while operators were compelled to sell their export proceeds at N197 to the dollar as directed by the Central Bank of Nigeria.

In a bid to stabilise the foreign exchange market, the CBN, on February 19, had asked all authorised dealers in oil and non-oil exports to repatriate export proceeds into their domiciliary accounts.

The naira sold for N278 against the dollar at the parallel market on Thursday as against N197 at the CBN FOREX window.

This, according to Owofemi, is due to the devalued currency and the awareness among farmers that export proceeds are received in dollars.

Owofemi opposed the reports that stated that capacity utilisation of cocoa processors had increased by 50 per cent, saying that operators were having a hard time procuring raw materials from farmers because they were competing with exporters of the raw beans.

Meanwhile, the President of the Cocoa Association of Nigeria, Mr. Sayina Riman, admitted in a telephone interview with our correspondent that the declining value of the naira was in favour of cocoa farmers because they were making huge profits.

He explained that this was due to the increase in the international market price of the product.

According to statistics from the International Cocoa Organisation, cocoa beans which sold for $2, 952.21 per metric tonne in December 2014 rose to $3,338.7 per metric tonne during the same period in 2015.

In order to discourage the exportation of raw beans and encourage value addition to the cash crop, the CPAN president called on the government to impose taxes on exported raw beans.

He said, “We appreciate that cocoa powder importation has been banned. We cannot tell government to ban cocoa beans export, but it can impose taxes to discourage large amount of exportation and explore other means of generating money. We are saying value should be added to the commodity before exporting. This will generate quality employment and increase the capacity utilisation of industries.”

In terms of local processing of cocoa beans, the Managing Director, Tulip Cocoa Processing Limited, Simon Conway-Jarrett, said that local processors had been able to process about 180,000 tonnes of the beans in a year. But with the right economic conditions, revival of moribund companies and support of the government, he said they would be able to process more than the current production capacity of local farmers.

He advocated the revival of the Export Expansion Grant and the payment of the backlog of the EEG certificates.

Conway-Jarrett stressed that the Export Expansion Grant should be extended to the processed products and not exported cocoa beans.

In addition, Riman requested government’s partnership to continue the school feeding programme in which cocoa powder would be encouraged among children, saying that the product had inherent health benefits.