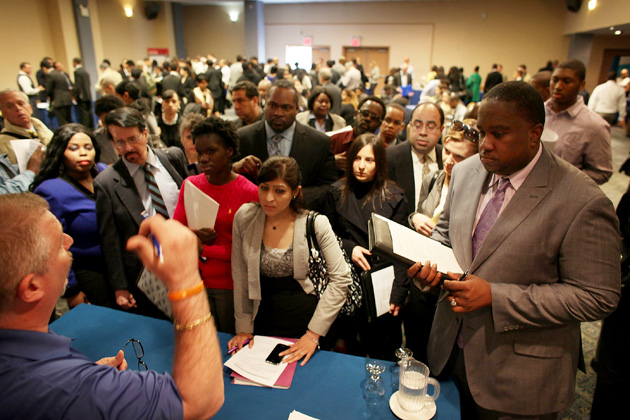 US economy added more jobs in December than any other month in 2015, with the service sector creating 234,000 jobs and goods-producing employment contributing 23,000 jobs. The economy recorded a total of 257,000 jobs, excluding the farming industry and government.

The report from ADP Research Institute shows that small businesses that employed between 1-49 persons added 95,000 jobs, and continue to drive the economy since global energy dipped. While midsized and large businesses created 65,000 and 97,000 jobs in the said month respectively.

“2015 had a strong close with December showing the largest job gains of the year,” said Ahu Yildirmaz, VP and head of the ADP Research Institute. “Overall, the average monthly employment growth was just under 200,000 for the year in contrast to almost 240,000 jobs per month in 2014. Weakness in the energy and manufacturing sectors was mostly responsible for the drop off.”

Trade deficit also reduced from $44.6 billion in October to $42.4 billion in November, a difference of $2.2 billion. According to the report from Department of Commerce in Washington, November imports were lower by $3.8 billion when compared with October, this might be as result of the widely celebrated Christmas and New Year holidays. Hence, it’s too early to gauge manufacturing or exports based on current data.

Mark Zandi, chief economist of Moody’s Analytics, said, “Strong job growth shows no signs of abating. The only industry shedding jobs is energy. If this pace of job growth is sustained, which seems likely, th economy will be back to full employment by mid-year. This is a significant achievement, given that the last time the economy was at full employment was nearly a decade ago.”

Canada’s trade deficit reduced to $2 billion from $2.8 billion in November.