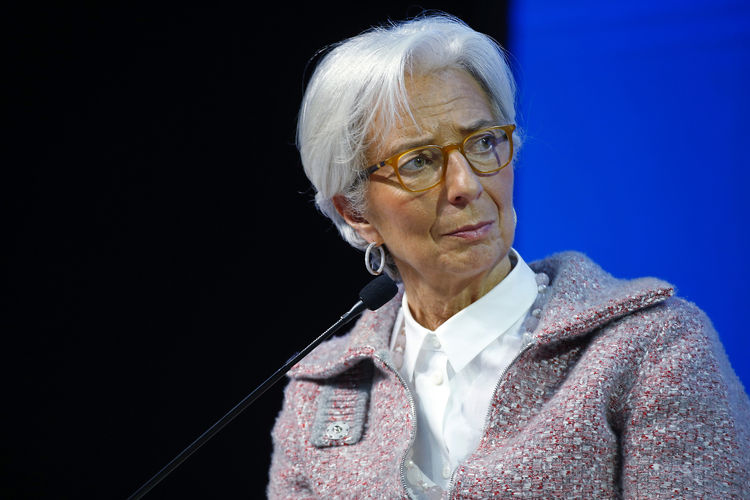 The Managing Director of the International Monetary Fund (IMF), Ms. Christine Lagarde, arrived Nigeria on Monday to begin a four-day visit during which she will meet with President Muhammadu Buhari.

During the visit, which is the first by the IMF managing director to any country this year, Lagarde will also hold discussions with the Minister of Finance, Mrs. Kemi Adeosun and the Central Bank Governor, Mr. Godwin Emefiele, both of who were at the Presidential Wing of the Nnamdi Azikiwe International Airport, Abuja, to receive her.

While in Abuja, Lagarde is also expected to meet with principal officers of the National Assembly, business leaders, prominent women, and representatives of civil society.

A statement issued by the IMF said the visit to Nigeria would provide an opportunity to strengthen the Fund’s partnership with the largest economy in sub-Saharan Africa.

The statement quoted Ms. Lagarde as saying she looked forward to productive meetings with President Buhari and his colleagues as they address important economic challenges, most importantly the impact of low oil prices.

She added: “Nigeria is working hard to improve its business environment, promote opportunities for growth in the private sector, and strengthen social cohesion, all areas where the government has an important role to play.”

The IMF boss is expected to visit Cameroon after her visit to Nigeria. In Cameroon, Lagarde will meet President Paul Biya and his economic team, as well as private sector executives, women leaders, and other members of Cameroonian society. She will also meet with Finance Ministers from the six member countries of the Economic and Monetary Community of Central Africa (CEMAC), delivering a speech to the group on January 8.

The statement added: “As the largest and most diversified economy in CEMAC, Cameroon is well placed to sustain, and reinforce, the momentum of integration,” Ms. Lagarde said. “The country and the entire CEMAC region are confronted with the twin shocks of the oil-price slump and a surge in disruptions related to security. Reinforcing regional integration and implementing ambitious reform agendas in CEMAC countries will be key to secure macroeconomic stability and restore strong and inclusive growth in the region.”

The IMF had forecast a four per cent growth rate for Nigeria’s Gross Domestic Product (GDP) in 2015, as the country continues to contend with the challenge of declining income from the drop in crude oil prices. The growth forecast by the fund was 2.25 percentage points lower than its last year’s projection for Nigeria.

The multilateral donor agency had stated this in its World Economic Outlook (WEO) titled, “Adjusting to Lower Commodity Prices,” last year. In the 2015 budget, the federal government had initially forecast a real GDP growth rate of 6.4 per cent in 2015 but was forced to slash it to 5.5 per cent owing to declining oil prices. Oil accounts for the bulk of government revenue in Nigeria, but global crude prices have more than halved over the past one year.

The IMF had stated that it anticipated growth in sub-Saharan Africa to also slow this year to 3.8 per cent, from five per cent in 2014. Similarly, it forecast that growth in low-income developing countries would also fall to 4.8 per cent this year, more than one percentage point weaker than in 2014, before picking up to 5.8 per cent in 2016.