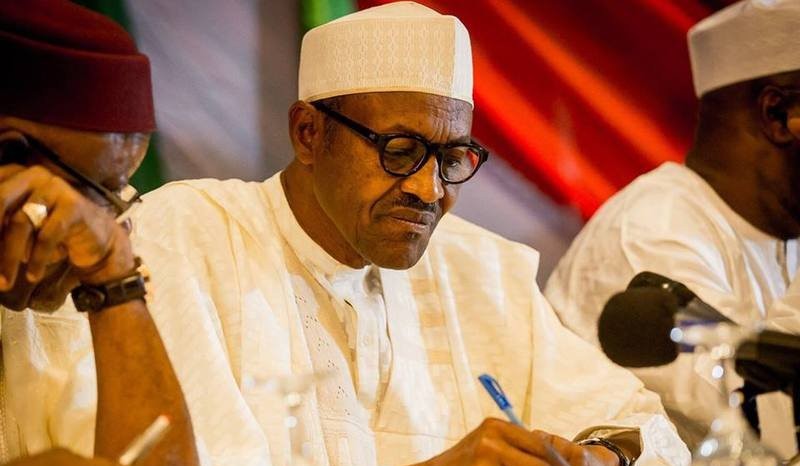 President Muhammadu Buhari has explained that despite the fall in the international price of crude oil, measures taken to block leakages in the nation’s revenue generating agencies would ensure enough cash to fund the N6 trillion budget he recently submitted to the National Assembly.

The president gave the explanation in an interview with Mansur Liman of the BBC Hausa service on Christmas eve. He also spoke on his government’s ‘success’ at defeating the Boko Haram insurgents.

Q: You recently submitted the biggest budget estimates in Nigeria’s history to the National Assembly, and this came at a time the price of oil has drastically gone down in world markets. How do you intend to get money to fund the budget?

Buhari: As a government, we inherited N1.5 trillion domestic debt and when foreign debt is added we have about N2.2 trillion. Everybody knows Nigeria is not a poor country, we are rich, and we have human resources, the problem had been that leadership did not take seriously, curbing corrupt tendencies.

Apart from highlighting our debt profile, we have also shown the changes we have made in the Customs for instance, how; much we are making from the Customs service, how much from petroleum, that is NNPC; how much we are making from the ports. There have been lots of leakages in these sectors. If we block these leakages, we would make much more money to run the country despite the fall in the price of oil.

Q: Are you sure you can block all the leakages? Because if one looks at it, it was just the leaders of these agencies that were changed while most of the lieutenants who were part of the system of the “leakages” are still in place. What do you think would change to make sure that “business as usual” does not continue and Nigeria would get those monies?

A: It is generally believed that a fish begins to rot from the head; once the head is rotten, the whole body is also rotten. We have tried to remove all the heads of the organisations, and most of the lieutenants have been changed. A lot is happening in this government that people do not appear to understand; many permanent secretaries of ministries have been changed; we used to have 42 ministers, now we have 36 because the constitution requires that each state of the federation must have a minister; we used to have 42 ministries, now we have 24.

Q: You have also allocated 30 per cent of the budget to capital projects; what informed that decision?

A: It is a must. Remember during the campaigns, we said Nigeria is facing three things and nobody disputed that assertion. Firstly; there was widespread insecurity, war in the north east, while the country’s oil was being stolen at random in the south; secondly; there is massive unemployment, 62 per cent of the nation’s population are youth from the age of 35 years downward; most of them are unemployed, including those who went to school and those who did not, that is a serious problem. Therefore, it has become necessary to restore peace and create employment.

That is why we are returning to agriculture and mineral resources. Thirdly, bribery and corruption was basically suffocating the country. If we don’t kill these monsters, this country would go down.

That is why those who stole monies meant for arms procurement and shared it among themselves are being arrested and are being shown documents, so that they would be asked to refund the money or face prosecution; we would use those documents to prove what they stole, collect all the assets acquired from the proceeds and then jail them.

Q: You have initiated a programme in which poor and vulnerable Nigerians would be paid N5,000 monthly; what have you put in place to ensure that there is justice and fairness in the running of this programme?

A: It is not possible for everyone needing it to get it; but the Federal Government has said it would collaborate with the states and local governments. At the local government level, almost everyone knows each other. It would be easy to identify those to give who would go into trading and how to get it back. It would be like a cooperative and we all know how it operates. Also, state governments would identify those who have capacity to employ more people and all we need to do is to empower them. Our people already know how to go about implementing these modalities to create employment for the citizens.

Q: You earlier mentioned Boko Haram. After your assumption of office, you gave a deadline of December to bring an end to Boko Haram insurgency. We are almost at the end of December, does it mean you and the armed forces have failed?

A: I want people to understand that after I settled down and got good grasp of what the country is going through, we removed all the service chiefs and appointed new ones. We also undertook an investigation and found out how the monies meant for arms procurement were diverted and shared by officials in the last administration. They sent the boys to the war front without arms and ammunition, leading some of them to mutiny after which they were arrested and detained.

We have been able to raise money and fund the war. Go and ask the people of Borno, Yobe and Adamawa; how many of their local governments were under the control of insurgents? And how many are currently still under the insurgents?

May be we would not win the war completely by the end of the month, but the insurgents have now resorted to putting on explosive vests on young children, mostly girls aged 15 and below and then sending them to markets, mosques and churches to detonate. Boko Haram themselves know that the era of them taking over communities and local governments are over. If people would be fair to us, they would know that the Nigerian Army has basically met the deadline and are winning the war. You cannot find any significant number of Boko Haram members in Adamawa, and Yobe, only may be in about three local governments of Borno in the area around our borders with Chad Republic. They are not in a position to threaten Nigeria now, so we have won.