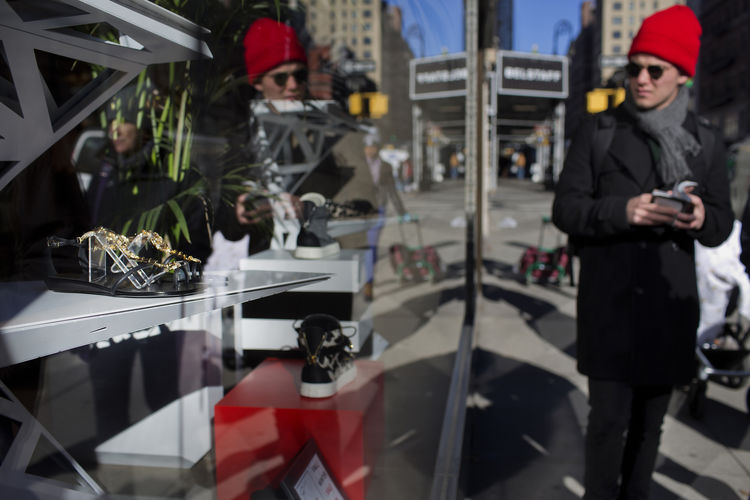 The U.S. cost of living held steady in November, underscoring scant inflation that is well below the Federal Reserve’s goal.

The cheapest crude oil since the global financial crisis in 2009 may keep inflation below the Fed’s 2 percent goal even as it boosts Americans’ purchasing power. Policy makers, projected to raise interest rates on Wednesday for the first time in almost a decade, have said low energy costs and a stronger dollar are transitory influences on inflation.

“Lower energy prices and strong-dollar pressure will continue to be disinflationary forces,” said Millan Mulraine, deputy head of U.S. research and strategy at TD Securities LLC in New York. “Inflation will take some time to get back to the Fed’s desired level but it’s moving in the right direction.”

The CPI matched the median forecast in a Bloomberg survey. Estimates ranged from a decline of 0.1 percent to a gain of 0.2 percent.

The gauge increased 0.5 percent in the 12 months ended in November, the most this year, after a 0.2 percent year-over-year advance the prior month. The figure is expected to pick up in coming months, reflecting easier comparisons with late last year and early in 2015, when oil prices were plunging.

The core CPI measure increased 2 percent from November last year, the most since May 2014, after rising 1.9 percent in the prior 12-month period.

Expenses for shelter climbed 0.2 percent from a month earlier. Owners-equivalent rent, one of the categories designed to track rental prices, also rose 0.2 percent.
Costs of medical care climbed 0.4 percent after a 0.8 percent advance.

Higher prices for shelter, including rents and hotel rates, are helping to prop up inflation even as oil has taken another plunge in recent weeks and the strong dollar is holding down commodity prices. Prices of all goods decreased 2.8 percent in November from a year earlier, while the costs of services advanced 2.5 percent.

Fed officials have said they expect inflation to approach their target as the drag from lower oil costs and the rising dollar diminishes. That may take longer as energy prices continue to fall and the dollar keeps rising.

The Fed’s preferred gauge of inflation, which is the Commerce Department’s personal consumption expenditures measure, hasn’t matched the central bank’s goal since April 2012.