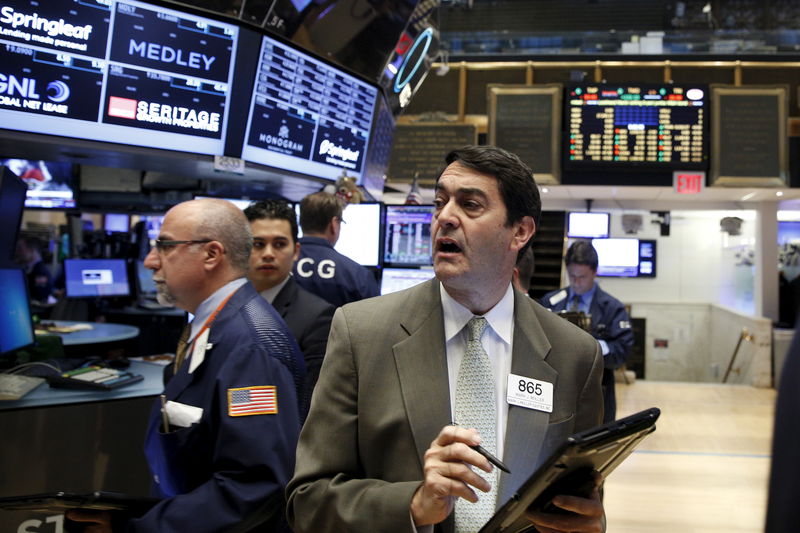 The S&P 500 benchmark index rallied in the afternoon after falling earlier in the session in a volatile trading day. Concerns about high-yield bonds, oil price swings and the Fed made for a skittish market, said Peter Costa, president of Empire Executions Inc.

“It’s a lot of uncertainty,” he said.

While investors widely expect the Fed to announce its first rate hike in nearly a decade on Wednesday, they are also waiting for commentary from policymakers about what will happen next.

Traders see an 83-percent chance that the Fed will lift rates by 25 basis points, according to the CME Group’s FedWatch program.

The S&P energy sector .SPNY was up 0.8 percent. U.S. crude oil settled up 1.9 percent after moving within a hair of 11-year lows, but analysts and traders said it is still too early to declare the market reached bottom.

“It’s just the fear of the unknown,” said Angel Mata, managing director of listed equity trading, Stifel Capital Markets in Baltimore. “2008 – though it was seven years ago – is still fresh in everybody’s mind and the fear is we could have a kind of situation that we had back then, which was driven by the fixed-income side.”

Nine of the 10 major S&P sectors ended the day higher.

S&P materials .SPLRCM were the only sector to show losses, down 1.4 percent, hurt by Dow Chemical and DuPont, which agreed on Friday to merge. DuPont shares (DD.N) were down 3.6 percent, while Dow Chemical (DOW.N) fell 3.9 percent.

About 8.9 billion shares changed hands on U.S. exchanges on Monday, above the 7.03 billion average for the last 20 sessions, according to Thomson Reuters data.