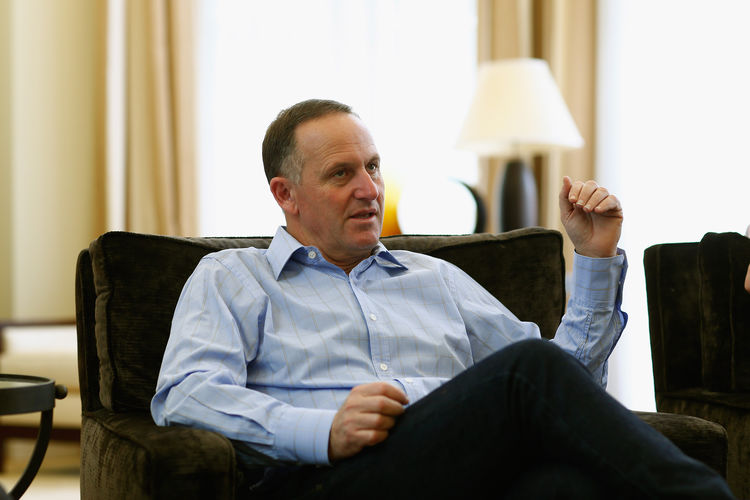 December is turning into a cruel month for traders counting on cuts in interest rates to drive down currencies.

New Zealand’s dollar jumped the most since November after central bank chief Graeme Wheeler delivered the policy easing that economists had predicted without the promise of further reductions. That came less just a week after his European counterpart, Mario Draghi, sparked the euro’s biggest rally since 2009 by unveiling a smaller-than-anticipated stimulus package.

The elephant in the room is the Federal Reserve. Its looming policy decision is making it trickier for speculators to predict the actions of other central banks and to work out where exchange rates are headed. As with the euro, strategists are now reassessing forecasts for the kiwi, becoming less certain how far it can extend this year’s 13 percent drop, which is already the steepest since 2008.

“Investors are clearly finding it harder to read central banks,” said Mansoor Mohi-uddin, senior markets strategist at Royal Bank of Scotland Group Plc in Singapore. “Central banks are all hoping the Fed’s imminent tightening will weaken their domestic currencies against the greenback, so they’re holding back on meeting the market’s expectations for further easing.”

The Parker Global Currency Manager Index of top funds has lost 0.7 percent this month to extend its slide in 2015 to 2.7 percent. That puts it on course for its worst annual decline since 2011.

For New Zealand dollar bears, Reserve Bank Governor Wheeler didn’t go far enough when he cut the official cash rate by a quarter-percentage point to 2.5 percent, completing the reversal of the four increases in 2014. They were left disappointed by his comments in Wellington on Thursday that the fourth cut this year should be enough to ensure inflation accelerates toward the central bank’s target. Lower interest rates tend to reduce demand for currencies.

Instead, traders will have to depend on the prospect of further U.S. rate increases, as well as the falling Chinese yuan and slumping commodity prices, to push the kiwi lower, RBS’s Mohi-uddin said.

The local dollar was at 67.53 U.S. cents as of 8:53 a.m. in London on Friday, having rallied from a six-year low of 61.30 on Aug. 24 and as low as 65.82 just after the RBNZ’s policy announcement. It gained as much as 1.7 percent by the New York close on Wednesday, the trading session that included the policy decision, the steepest intraday climb since Nov. 19.

“We still like the U.S. dollar higher heading into the Fed, and the current concerns about commodity prices and China support the case for New Zealand dollar weakness,” said Raiko Shareef, a markets strategist at Bank of New Zealand Ltd. in Wellington. “But there will be some offset by a relatively robust New Zealand economy and an on-hold RBNZ, which means that weakness may be more modest than we’d thought earlier.”

Currency bears were also caught out as the euro surged 3.1 percent on Dec. 3 after the European Central Bank’s quantitative-easing overhaul and deposit-rate cut fell short of what some investors had predicted. Draghi repeatedly hinted about more easing in the run-up to the gathering, prompting hedge funds and speculators to push bets on a weaker euro close to a record.

After two cuts this year, the Bank of Korea left its benchmark rate unchanged Thursday, saying it would wait to see how the Fed’s decision impacted its economy.

That may focus attention on whether other central banks will be influenced by the prospect of an imminent U.S. rate increase. Officials in Sweden, Hungary and the Czech Republic are all due to meet before the Fed decision next week. Norway’s central bank will decide on policy after its U.S. counterpart.

The full implications of this month’s decision in Wellington have yet to be digested. In the wake of the RBNZ meeting, Macquarie Bank Ltd. and Bank of New Zealand are both looking again at their forecasts for the kiwi to weaken to 61 U.S. cents in the first half of 2016. The median estimate in a Bloomberg economist survey is for a drop to 62 cents.

New Zealand’s dollar tumbled 18 percent against its U.S. counterpart in the first three quarters of this year, and since the end of September has rebounded almost 6 percent, outpacing all of its major peers. The resurgence has been helped by prices for dairy, the country’s biggest export, stabilizing after reaching a 12-year low in August.

Wheeler has now unwound all of the 1 percentage point of rate increases he carried out last year, taking borrowing costs back to the record low of 2.5 percent that he inherited when the New Zealand native took up his post in 2012 after spending more than a decade in Washington as a World Bank official.

“Strictly speaking, the explicit easing bias remains, but it is conditional and the RBNZ made it clear they think they have done enough,” said Gareth Berry, a foreign-exchange and rates strategist at Macquarie Bank in Singapore. “Apart from the usual sensitivity to dairy auctions, global influences will have a greater say.”

He has been relying on lower rates to make the nation’s exports more competitive, though he’s reluctant to ease further as Auckland’s property boom spreads and the economy shows signs of gaining momentum.

“It does seem that the central banks hope that the Fed will help them keep their currencies from rallying,” said Valentin Marinov, head of Group-of-10 currency research at Credit Agricole SA’s corporate and investment-banking unit in London. “They feel they need to preserve some of their ammunition for the future battles of the global currency war.

Key Forex Economic Data to Look Out For Today

A total of 44 British lawmakers have resigned under Prime Minister Boris Johnson’s leadership, accusing the Prime Minister of engaging in or condoning actions that put parliament moral in question.

Against the American Dollar, Great Britain Pounds (GBP) dropped from 1.2164 it peaked on Monday to 1.1934 in the early hours of Thursday.

While against the Japanese Yen, one of the world’s safe-haven currencies, GBP exchanged at 162.02, down from 165.26 it traded on Tuesday.

The decline was broad-based as the embattled GBP also lost some ground against the Swiss Franc to exchange at 1.1568, down from about 1.1687 on Tuesday.

On Wednesday,  five lawmakers signed in one go. In their letter, they said “It has become increasingly clear that the Government cannot function given the issues that have come to light and the way in which they have been handled,” they wrote.

Selaine Saxby, Claire Coutinho and David Johnston were the latest lawmakers to tender their resignation on Wednesday.