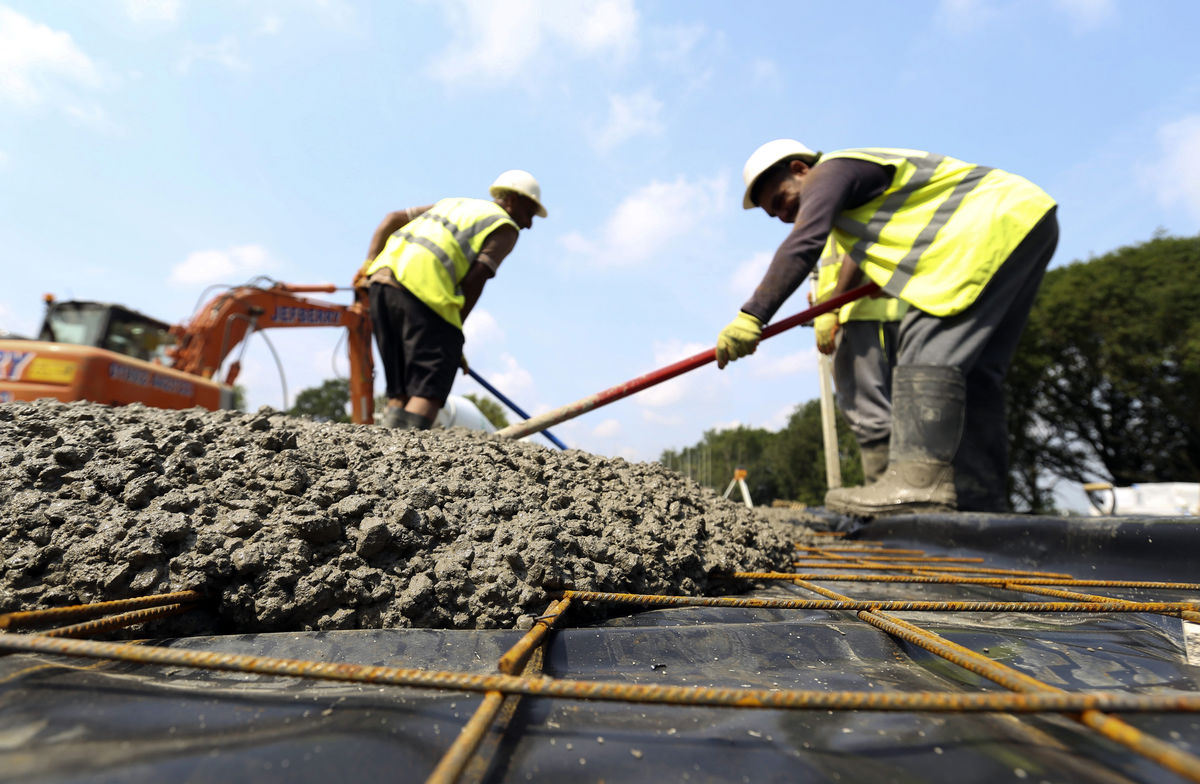 U.K. inflation stayed below zero for a second month in October, extending the weakest run in more than half a century.

The Office for National Statistics said consumer prices declined 0.1 percent from a year earlier, matching the median forecast of economists in a Bloomberg survey. That’s the third negative reading this year, with the latest decline largely driven by food and education costs. Core inflation, which excludes volatile food and energy prices, accelerated to 1.1 percent from 1 percent.

The pound pared its decline against the dollar after the data were published and was little changed at $1.5205 as of 10:38 a.m. London time.

The Bank of England expects inflation to remain low into 2016 before picking up toward its 2 percent target. BOE Governor Mark Carney has highlighted core inflation as an important measure for policy makers as they weigh when to begin interest rate increases after keeping them at a record low for more than six years.

“Price pressures are being influenced more by lower energy prices than by domestic economic weakness,” said Ruth Miller, an economist at Capital Economics in London. “It will take a long time for inflation to return to target” and there’s still “very little pressure” for officials to raise interest rates soon, she said.

Consumer-price inflation has been below 1 percent all this year and less than 2 percent since the end of 2013. Britain last saw a sustained period of price declines in 1960, according to a historic series constructed by the statistics office.

In forecasts published this month, the BOE said inflation is likely to reach its goal in late 2017 and accelerate to 2.2 percent a year later. Services inflation, a proxy for domestic price growth, was at 2.2 percent in October.

“In the absence of sharp movements in global commodity prices, inflation is likely to accelerate quickly beyond October as the direct impact of past falls in oil drops out,” said Dan Hanson, an economist at Bloomberg Intelligence in London. “Evidence that this is happening is likely to be enough for the BOE to begin monetary tightening in May.”

Based on a separate measure, the retail-price index, inflation was at 0.7 percent in October, the lowest since March 2009. Excluding mortgage interest costs, the gauge is at the lowest in 40 years.

In another release, the ONS said U.K. house-price growth accelerated to 6.1 percent in September, the most in six months, from 5.5 percent in August.