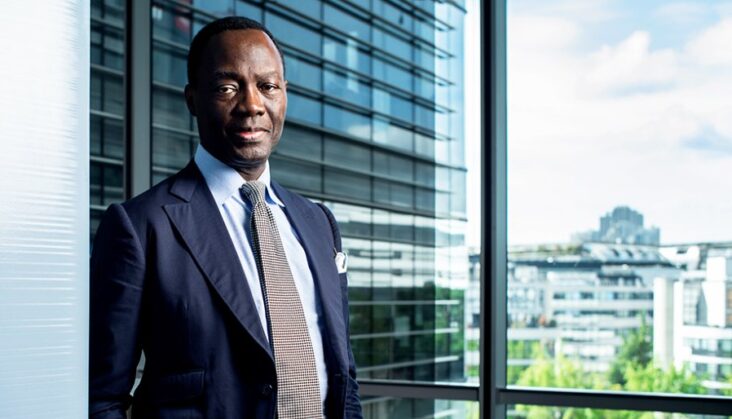 Just after disclosing that its chairman Alain Nkontchou acquired over a hundred million naira worth of Ecobank shares, Ecobank Transnational Incorporated (ETI) has revealed that Alain Nkontchou has acquired another N32 million worth of ETI shares through Enko Opportunity Growth Fund LTD.

The Cameroon investor is said to have bought another 31,887,695 volume of shares in multiple transactions for an average price of N10.91 per share.

According to the notification released by the bank and signed by its secretary, Madibinet Cisse, the transaction took place between September and December 2022 at the Lagos office of the Nigerian Exchange.

Investors King understands that Nkontchou had owned a 1.4 percent stake equivalent to 261.7 million ordinary shares as of the end of 2021 and has grown it to 602.7 million as of 31 December 2022 as he aims to increase his stake in the bank to 3.3 percent.

The firm manages in excess of $560 million in its strategies and offers a deep knowledge of the continent combined with best-in-class investment expertise. Enko seeks to deliver strong risk-adjusted absolute returns across a wide range of strategies for its investors.

Alain Nkontchou is the co-founder of Enko Opportunity Growth Fund Limited, co-founder and Managing Partner of Enko Capital Management and the board chairman, Ecobank Transnational Incorporate.

According to the financial statement seen by Investors King, this amount shows a decline in profit by 50.5% compared to the N20.6 billion recorded in the year 2021.

Revenue also declined in value to N47.6 billion in 2022 from N71 billion in filed in the corresponding year of 2021, this represents a 33% decline for the year. This is as Energy sold and capacity charge declined to N30 billion and N17 billion from N46 billion and N25 billion, respectively.

According to the company, the decline is owing to the nationwide force majeure declared by Shell Petroleum Development Company Limited on the Trans-Forcados pipeline and its consequent effects on the Forcados oil terminal, gas supplies to the plant by Its primary gas supplier ceased from 17th of July 2022.

However, it stated that maintenance works on the pipelines were completed at the end of November 2022 and gas supplies and normal operations have since then resumed.

Operating profit was N14.8 billion in 2022 from N29.5 billion while the net finance cost was N348 million from negative N11 million in the previous year.

Geregu was admitted into the Mainboard of the Nigerian Exchange Limited (NGX) in the last quarter last year by way of listing by Introduction (LBI) with the admittance of 2.5 billion ordinary shares of 50 kobo each at N100 per share on the Exchange, making it the first Genco to be listed on the NGX Main Board, a listing segment for well-established companies with demonstrable records of accomplishments.

Meanwhile, as at the close of market on Thursday, 2nd February, its share price closed at N219.