Central Bank of Nigeria Governor, Godwin Emefiele, has sneaked back into the country amidst fears of arrest and allegations of corruption.

Investors King gathered that the CBN Governor arrived Nigeria on Wednesday quietly after being in the blackout for two weeks following President Muhammadu Buhari’s leave permission which expired Tuesday.

The State Security Service (SSS) have been on the trail of Emefiele who has been alleged to be involved in corruption and terrorism financing.

Amidst the political power tussle among the big wigs of the Nigerian government, Investors King understands that Emefiele will not stay lomng within the shores of the country as he plans to keep escaping the SSS.

Recall it was reported that the SSS secretly wanted a court order to arrest Emefiele but The Federal High Court, Abuja, rejected the  request, in a 9 December ruling, on the stand that the SSS had failed to present relevant evidence to warrant the issuance of an arrest order against Emefiele.

The court declared that the “continuous harassments, intimidation, threats, restriction of free movement, abuse of right of Office, surreptitious moves to arrest, and humiliation of Mr. Godwin Emefiele, the Governor of Central Bank of Nigeria over trumped up allegations of terrorism financing and fraudulent practices, etc by the 2nd, 3rd and 4th Respondents and their officers is vindictive, unwarranted, abrasive, oppressive and same constitute a flagrant breach of his rights to personal liberty, dignity of human person, right to policy making powers freedom of thought, conscience and religion and movement as respectively provided and enshrined under the Constitution of the Federal Republic of Nigeria, 1999 (as Amended) and the African Charter on Human and Peoples’ Rights (Ratification and Enforcement) Act AND, therefore, unconstitutional and illegal”.

According to the SSS,  the CBN governor has been alleged of “acts of financing terrorism, fraudulent activities and economic crimes of national security dimension.”

The SSS filed the application marked FHC/ABJ/CS/2255/2022 at the court on 7 December 2022. Mr Emefiele was the sole defendant in the suit which was filed ‘ex parte’, meaning Mr Emefiele was not notified of the suit.

Meanwhile, The Senior Special Assistant to the president on Media and Publicity, Garba Shehu, and the spokesperson of the Central Bank of Nigeria, Osita Nwanisobi, have however remained quiet on the issue and arrival of the Governor. 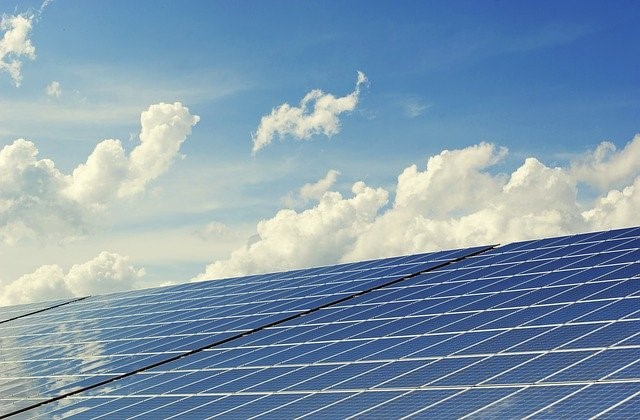 Stakeholders in the economy and power sectors in Nigeria have revealed that the newly inaugurated 10-megawatt Kano Solar Power Project is the nation’s largest grid-connected solar PV plant.

To this end, they said the project, which was unveiled on Monday by President Muhammadu Buhari has many benefits to the nation’s economy.

According to the Nigeria Sovereign Investment Authority (NSIA) which funded the project with the sum of $ 16 million, the plant would catalyse growth in the power sector and also transform the economy.

NSIA, in a statement, said quality job was carried out on the project which was described as the current largest grid-connected solar PV plant in the country, adding that its quality installation was an evidence of successful mid-sized solar PV deployment in Nigeria.

Specifically, the investment authority said the project would bring about development in the power sector and that more investors would pick interest in the country.

The agency also noted that the project would promote Nigeria’s credentials in the fight against climate change and make it more committed in its efforts at attaining net zero carbon emissions by 2060.

Another stakeholder, Umar-Sadiq, noted that the solar project would usher tremendous impacts in the nation’s energy sector, of which ripple effects would be felt in the economy.

Sadiq disclosed that the socio-economic and environmental impacts the plant would fetch to the country would draw international effects, adding that the country’s at providing access to clean, affordable, and sustainable energy to local industries and other consumers would be fastly met.

Also, Sadiq pointed out that more jobs would be created through the plant and thereby reducing the unemployment rate of the country.

Already, he said the project had provided about 2,000 direct and indirect jobs to the Kano community that hosted the plant, saying more than 21,000 solar PV panels, two 6MVA transformers and 52 inverters, a warehouse and storage building, control room, office and workshop, among others would be added.

Meanwhile, giving more insights into the project and its inauguration by the President, NSIA said it was appointed by Buhari to provide funds and manage it.

NSIA added that the President had given it a specific mandate to conceptualise, develop, construct, and operationalise the 10MW solar project on a 24-hectare parcel of land in Kumbotso Local Government Area of Kano State.

While disclosing that President Buhari expressed delight at the sophistication of the equipment used for the plant, the agency said that Haske Solar Company Limited, the project vehicle whose name means light in the Hausa language, was jointly owned by the Federal Government, Kano State Government, and the host LGA.

Investors King reports that the inauguration event of the solar plant was also attended by the Governor of Kano State, Umar Ganduje; Minister of Finance, Budget and National Planning; Zainab Ahmed; Chairman of NSIA Board of Directors, Farouk Gumel; Managing Director, NSIA, Aminu Umar-Sadiq, among others.

Most Nigerians, especially the average ones, appear to be going through very difficult moments of their lives over the non-circulation of the redesigned legal tender.

Their hardship has been worsened by crises of fuel hikes and scarcity, and skyrocketing prices of food items, transportation fares and other items.

The Central Bank of Nigeria had ordered Deposit Money Banks to load new naira notes on their Automated Teller Machines (ATMs) for Nigerians to withdraw.

However, checks by Investors King revealed that customers have been complaining of insufficient cash in the ATMs, adding that they are being exploited by operators of Points of Sales (PoS) who have been charging them higher for withdrawing new notes.

Further findings by Investors King showed that some bankers have been involved in shady deals with racketeers through illegal sales of the new currency.

Due to the scarcity of the new notes and failure of most commercial banks to load their ATMs with them, black marketers took advantage of the situation, allegedly purchase new notes from some bankers and sell to customers in dire need of same at exorbitant rates.

These black marketers loiter around some banks in Abuja, Lagos, Port Harcourt, among others seeking patronage from Nigerians who couldn’t get money from the ATMs and those who couldn’t withstand the long queues.

Some of the currency sellers, during separate interviews, revealed that they buy the new notes from some bank officials, adding that such act is one of the reasons why most ATMs are lacking the new notes nor dispensing the old currency

One of the currency dealers said they have been selling the redesigned notes and making huge gains. One of them who identified himself as Umar in Abuja said they often sell N10,000 for N13,000 and N20, 000 for N26,000 in all the denominations the buyer needs

Some of the racketeers claimed that they don’t really purchase the new notes from bankers, rather, they give incentives and maintain suck relationship with the officials of financial institutions.

Also, PoS operators have been fingered in the exploitation and shady financial deals as customers decried that they now pay more charges to withdraw.

PoS operators are said to now charge between N500 and N700 for withdrawal of N5000 and higher charges for withdrawal beyond N5000 that would be paid in new notes.

“It’s now difficult for one to get the money he or she suffered for in this country. People are really going through a lot these days because of this new naira notes. Banks no longer load their ATMs with new notes and where they do, the queues are so unbearable. Because of this, some people have been going to the banks to buy these new notes and sell to people.

“I almost went broke yesterday while trying to withdraw. The annoying part is that traders are now rejecting the old notes. I had to pay more charge of N500 to collect N5000 from a PoS man in my area. The man told me that he had to pay his way out in the bank before getting the new notes,” a resident of Nsukka, Gloria Kelechi narrated.

At some ATM points, customers had to fight their way out before withdrawing while others were left stranded because they couldn’t join the chaotic queues.