The Debt Management Office has confirmed that Nigeria’s public debt burden will hit N77tn if the National Assembly approves the request by the President Muhammadu Buhari to restructure the Ways and Means Advances.

Investors King yesterday reported that President Buhari had urged the National Assembly to reconsider their decision on the Ways and Means Advances, a loan facility through which the Central Bank of Nigeria finances the shortfalls in the government’s budget.

The Director-General of the Debt Management Office, Patience Oniha disclosed this during the public presentation of the 2023 budget organized by the Minister of Finance, Budget and National Planning, Dr Zainab Ahmed.

She, however, noted that the debt would be N70tn without N5tn new borrowing and N2tn promissory notes.

Oniha said, “The DMO released the figure for the country’s debt stock as at September, you don’t expect it to be significantly different from December. Secondly, there are a lot of discussions on the Ways and Means. In addition to the significant costs saving in loans service we would get by securitizing it.

She said while the debt is growing because there is new borrowing, revenue is receiving significant importance.

Investors King understands that the Federal Government spent N5.24tn servicing debts in 2022 as pronounced by the Finance Minister.

Meanwhile, the World Bank had its latest Development Update released in December warned that interest payments on the federal government’s borrowing from the CBN would gulp about 62 per cent of government revenue by 2027 despite the restructuring plan.

The Senate of the National Assembly has given an ultimatum of three days for the provision of documents containing details of the N23.7 trillion debt restructuring request made by President Muhammadu Buhari.

Investors King recalls that President Buhari made the request in year 2022, seeking the approval of the legislative arm in order to avoid an additional payment of N1.8 trillion as interest in 2023.

The legislative house expressed readiness to approve the President’s request but not without the necessary documents to be submitted by the Minister of Finance, Zainab Ahmed and the Governor of the Central Bank of Nigeria, CBN Godwin Emefiele.

At the plenary session on Tuesday, the Senate President, Ahmad Lawan ordered Ahmed and Emefiele to provide the needed details of the Ways and Means Advances within three days, blaming them for the delay in passage.

Lawan noted that proper scrutiny of the request must be carried out before approval, hence its order to the concerned officials of the executive arm of government.

He appealed to the Minister of Finance and CBN governor to make available the necessary documents of the Ways and Means Advances on time considering the proximity of the general elections.

His words, “We must have the necessary information for passage of the N22.7tn request and time is not on our side in the Senate now in view of the coming general elections.

“If there is a need for the Senate to sit up to Friday this week for thorough consideration and passage of the request, it will be done but the affected officials from the executive must also expedite action on the provision of the required information as regards documents authorising approval and disbursement of the monies totaling N22.7 trillion,” the Senate President said. 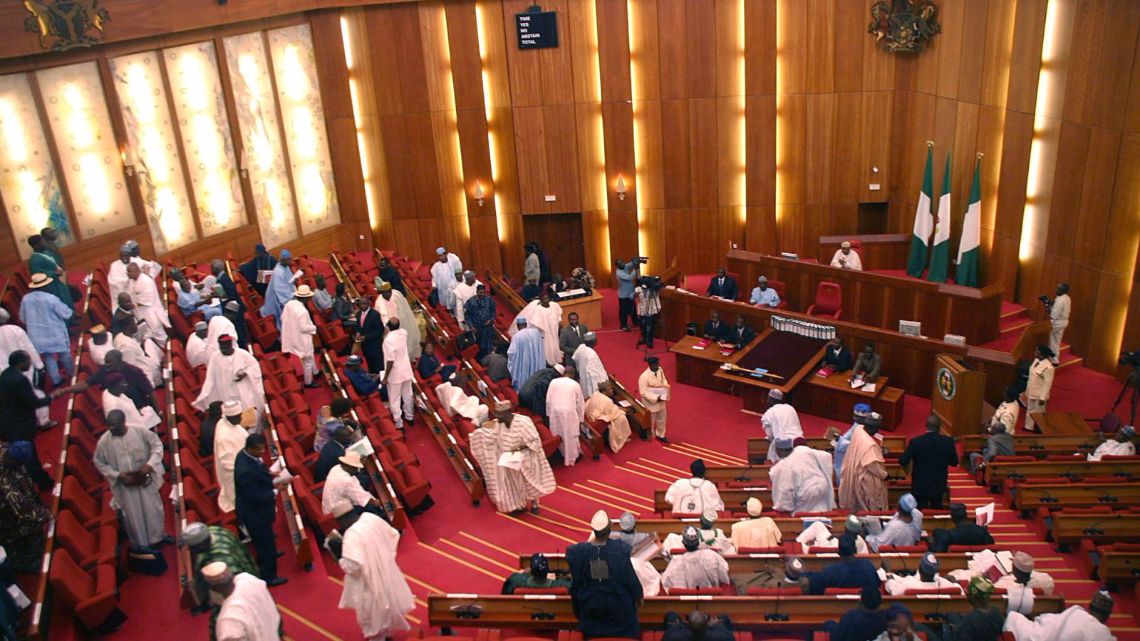 Deliberations on the request by President Muhammadu Buhari to the National Assembly for restructuring of Ways and Means Advances (WMAS) from the Central Bank of Nigeria are expected to start today, Tuesday January 17, 2023.

The Federal Parliament had suspended discussions on the issue late last year and embarked on Christmas and New Year break after passing three separate bills including 2023 Appropriation Bill, the 2022 Supplementary Appropriation Bill and the Finance Bill 2022 on December 28, 2022.

The request made by President Buhari is that the Senate and the House of Representatives should approve the modification of the WMAs given to the Federal Government by the Central Bank of Nigeria.

Even though the National Assembly had indicated interest to engage the presidential request, nothing concrete is yet to be done.

In the midst of this delay in restructuring the loan-to-bond band demand, the President had alerted that Nigeria might be paying an additional sum of N1.8tn as interest in 2023 if the National Assembly eventually rejected his request.

Reports revealed that the Nigerian Government paid interests of N4.12tn between 2019 and 2022 on the loans it got from the apex bank through WMAs.

This disclosure was contained in the data obtained from the Medium-Term Expenditure Framework and Fiscal Strategy Papers and the public presentation documents of the approved budgets by the Ministry of Finance, Budget and National Planning.

Recall that the Senate had rejected the domestic borrowing and had passed it into the second chamber of the parliament to deliberate and give their decision.

Meanwhile, insiders in the House of Representatives are saying the tendency of the House toiling the same line as its counterpart in the Senate is high.

While some members of the House were of the view that the domestic borrowing not only contravened the CBN Act but also the Fiscal Responsibility Act, others lawmakers noted that the government must borrow to confront the hardship being faced by Nigerians.

Some lawmakers lamented that the nation’s debt profile has continued to grow, especially under the administration of President Muhammadu Buhari.

They also reiterated the importance of loans to the government but stated that the loans should be channeled toward addressing the needs of the masses.

However, Ahmed Lawn, the President of the Senate, Ahmad Lawan, had said the chamber would revisit the WMAs loan.

Many Nigerians have bemoaned the rise in the debt profile of the country and have attributed the huge debt to the challenges confronting the nation.

A release by the Debt Management Office (DMO) in December last year had revealed that Nigeria’s debt profile rose by over N1 trillion in just three months which is between June and September 2022.