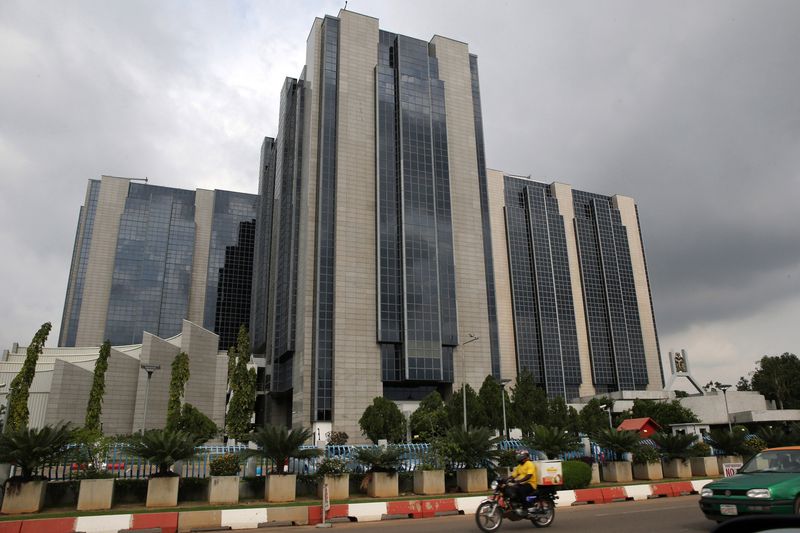 25 firms were invited to participate in the sale process of Polaris Bank Limited via the execution of a non-disclosure agreement the Central Bank of Nigeria has declared.

Osita said the attention of CBN had been drawn to a spurious, malicious, and misleading online publication, which made several false claims concerning the recent sale of the Federal Government’s interest in Polaris Bank Ltd.

Given the potentially grave implications for the stability of the bank, financial sector and the Nigerian economy, he noted, the CBN was constrained to correct these inaccuracies.

He said, “For the records, the public is referred to the statement dated October 20, 2022 by CBN & AMCON announcing the sale of 100 per cent equity in Polaris Bank to a new core investor, Strategic Capital Investment Limited, wherein it provided copious details of the process by which the sale was conducted.

“Contrary to claims in the aforementioned online publication, the divestment from Polaris Bank was supervised by a divestment committee comprising of senior representatives of AMCON and CBN, and supported by reputable legal and financial advisers.

“In addition, the divestment mode, process and decision received requisite board and regulatory approvals. At no time did any other party make a higher purchase offer as falsely claimed by the online publication.

“The entity in question, Fairview Acquisition Partners, had indicated an interest in acquiring two banks, including Polaris Bank, for a total sum of N1.2tn, an indicative offer which significantly discounted the existing N1.31tn debt owed by Polaris Bank to AMCON and so represented a material loss to the Federal Government.

“Notwithstanding, along with 24 other parties, Fairview Acquisition Partners was invited by the financial advisors to participate in the sale process via the execution of a non-disclosure agreement, the first stage of the process.”

‘Therefore, Fairview Acquisition Partners did not take the opportunity to update their offer by participating in the divestment process and thus did not make a binding purchase offer for Polaris Bank,” he said.

According to him, the divestment was executed based on the relevant laws, global best practices for bank resolutions, and requisite regulatory approvals.

2023 Will be an Exciting Year, First Bank CEO Says

Sterling Bank Plc has announced the suspension of transfer charges for all its customers with personal accounts.

Investors King reports that the new generation bank’s announcement on free transfer services is to cushion the effect of the lingering naira scarcity in the country.

According to him, the bank customers with personal accounts will enjoy free fund transfers from February 6, 2023 to February 18, 2023.

Suleiman further said debit cards will be distributed to all interested customers for free.

The mail reads in part, “We at Sterling recognise the difficult circumstances many of our customers are going through. In light of this, from February 6, 2023, through February 18, 2023, our fund transfer services will be provided free of charge to all personal account customers.

“In addition, we are glad to inform you that we will provide free debit cards to all interested customers. This will provide you with a convenient and secure way to make purchases and carry out transactions.”

Explaining the reason for the offers, the Chief Marketing Officer, Sterling Bank Plc, Dante Martins said the bank intends to serve its customers better regardless of the current situation through digital means.

“We believe that by eliminating transaction costs for this period, we can assist our customers make their banking experience more easy by making the most of our powerful digital solutions. We want to make sure that we can serve them as best as we can during this time,” Martins said.

This is coming after the Central Bank of Nigeria (CBN) and the Independent Corrupt Practices and Other Related Offences Commission (ICPC) had busted millions of the new naira notes hoarded in Sterling Bank offices.

Investors King recalls that last Friday, the ICPC team monitoring the compliance of banks to CBN directives arrested the regional and service managers over the discovery of N258 million stashed in the vault at the head office of Sterling Bank in Abuja.

The stashed new naira notes found were said to be the remnants of what the CBN had given the bank for distribution to its branches but it only disbursed N5 million each to its branches.

The Central Bank of Nigeria (CBN) has ordered the freeze of accounts related to Abdul Rehman Makki, a Pakistani linked to a terror group, Al-Qeada, by the United Nations Security Council.

In a circular signed by Harry Audu, Director of the Financial Policy and Regulation Department, CBN, it stated that financial institutions should immediately comply with the new directive.

The directive by the apex bank ordered all financial institutions to screen their customer databases for possible business relations with the designated individual and file reports to the NFIU.

According to the bank, this is in line with the requirement of the provision of section 6 of the CBN AML/CFT Regulations, 2022 and section 4.3 of the CBN guidelines on targeted financial sanctions related to terrorism and terrorism financing 2022.

The circular read in part, “the noted nations security council (UNSC) pursuant to paragraph 2 and 4 of resolution 2368 (2017) HAD ON January 16, 2023 listed Abdul Rehman Makki as being associated with ISIL or Al-Qaida and has accordingly been added to the ISIL (Da’esh) and Al-Qaida sanction list of individuals and entities that are subject to assets freeze, travel ban and arm embargo as set out in paragraph 1 of security council resolution 2610 (2021)”

Abdul Rehman Makki is identified as the head of LASHKAR-E-TAYYIBA (LET) political affairs by the UN. He served as head of LET’s foreign relations department and member of Shura (governing body). He is also a member of JUD’s Markazi (Central) Team and Daawati (proselytization) team. He is the brother-in-law of LET Chief Hafiz Muhammad Saeed (QDi.263). Abdul Rehman Makki is wanted by the Indian Government.

Abdul Rehman Makki and other LET/JUD operatives have been involved in raising funds, recruiting and radicalizing youth to violence and planning attacks in India, particularly in Jammu and Kashmir (J&K). Whilst Makki has held his leadership positions within LET and JUD, LET has been responsible for or had involvement in the following prominent attacks such as the ) Red Fort Attack, ii) Rampur Attack amongst others

The Central Bank of Nigeria (CBN) has threatened to withdraw the license of any POS Operators found guilty of inflating charges beyond the approved amount.

Blaise Ijebor, Director of CBN Risk Management department made this known while speaking with journalists on efforts of the apex bank alongside state government on ensuring the availability of cash in circulation.

He emphasized that the approved charge for every N5,000 is N100, adding that charges beyond that by agents taking advantage of the situation would attract punitive measures.

According to him, the apex bank is not unaware that the POS agents are engaging in all sorts of practices that involve charging customers up to 30% of their money before making funds available.

He said, “We are monitoring the situation and anyone caught would have his or her license withdrawn and would not be in the business because we are going around with the Economic Financial Crimes Commission (EFCC).

“Customer should not be agitated; there is no need for any tension because your money is safe in the bank for now. Just get the little cash you need while using alternative means available to make payment”

He also disclose that the CBN disbursed over N1 billion to banks between Sunday and Tuesday to ease withdrawal tension. Meanwhile, it appears the tension has failed to die down in spite of this as POS operators continues to charge above the required amount and cash remains scarce across states.

Investors King can confirm that agents still charge as high as N500 and above for withdrawals on N5000, and N1,000 on N10,000 at various locations as of the time of this report.

Despite the CBN’s claim of disbursing enough money to banks, Nigerians have continued to lament unavailable cash at the ATM stands, banks and POS, yet election date is around the corner.