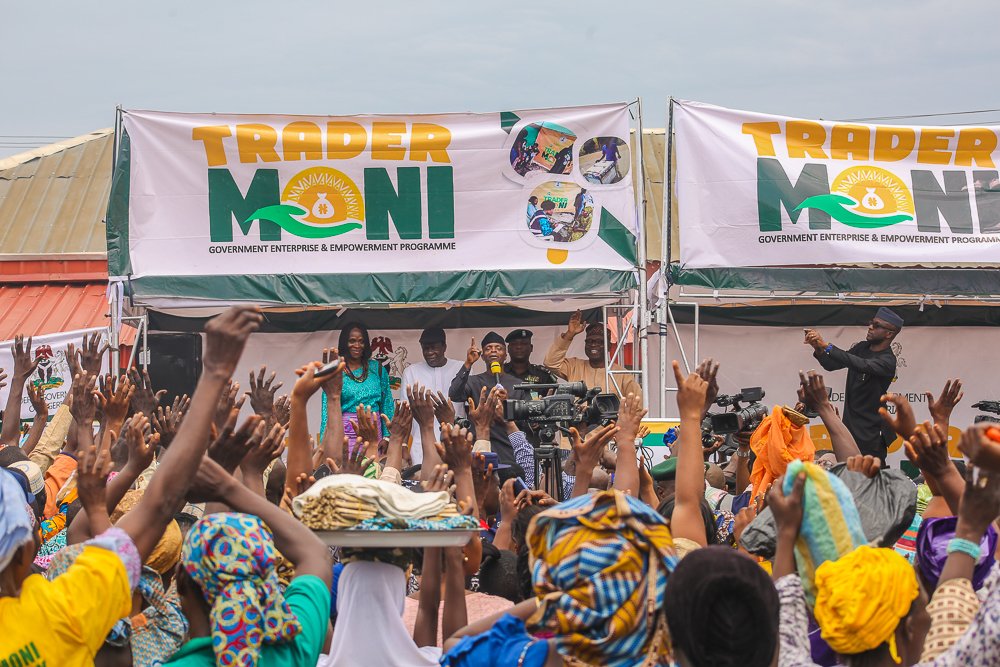 As part of its TraderMoni and MarketMoni programs (GEEP), the Federal Government started distributing grants and loans worth N20,000 to N50,000 to 5,485 vulnerable young people and women on Wednesday.

According to a statement signed by Sadiya Farouq, the minister of humanitarian affairs, disaster management, and social development, the payments will begin in the states of Delta and Bayelsa today.

The minister visited both states on Wednesday to introduce the payouts and show the locals his sympathies for the recent flooding.

During one of her visits to the beneficiaries, she explained the purpose of the federal government’s grants and loans to the vulnerable.

According to the Minister, over 3000 people are expected to benefit from the grants in Delta State alone.

She explained in Delta that the GVG (Grant for Vulnerable Groups) program aims to provide a one-time cash grant of N20,000.00 to the neediest and most vulnerable Nigerians in rural and peri-urban areas throughout the 36 States of the Federation and the Federal Capital Territory. “Our objective in Delta State is to award the prize to roughly 3,000 recipients in the 25 local government areas. The requirement that 70% of these recipients must be women and 30% must be children must be made clear.

“Additionally, Mr. President has mandated that at least 15% of all beneficiaries specifically go to citizens with special needs, like people with disabilities (PWDs), people who have been internally displaced, and senior citizens living in the State.”