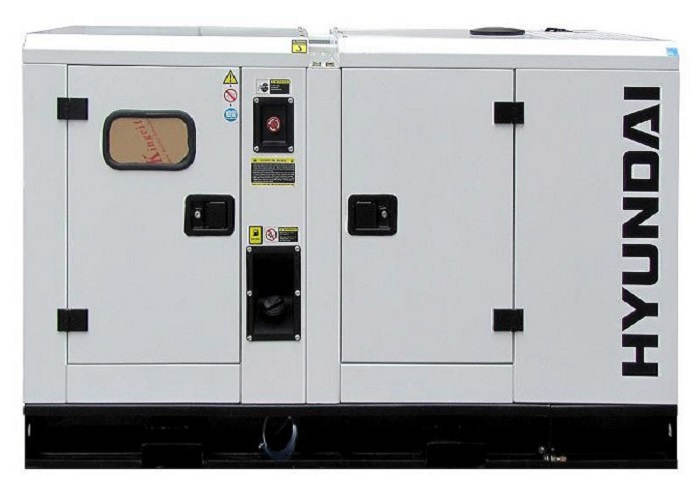 Data from the International Trade Centre (ITC) revealed that Nigeria spent $5.26bn in the last two years to supplement its electricity and electrical needs.

The amount spent to supplement electricity is not surprising given that a recent report from the National Bureau of Statistics (NBS) revealed that Nigeria gets 48.6 percent of its electricity needs from generators powered by petrol, diesel, and gas.

This shows that the country’s national grid only provided 51.2 percent of the nation’s power needs, leaving many citizens to depend on generators for electricity.

Investors King gathered that China, Hong Kong, India, Germany and United Kingdom are some of the top countries that supplied generators and other electric accessories to Nigeria.

According to a report by Stears Business, over 40 percent of households in Nigeria own and use generators and spend about $14bn annually to fuel them.

The report titled, “Nigeria’s State of Power: Electrifying the Nation’s Economy,” stated that “Nigerian households, on average, have electricity in their homes for 15 to 18 hours each day. Of that, 44 per cent (or 6.8 hours) is self-supplied by generators.

“And this differs by geography. In a state like Taraba, only 19 per cent of households report having electricity. Over 40 per cent of Nigerian households own generators and bear the associated costs. The African Development Bank (Afdb) estimated that Nigerians spend $14bn fuelling petrol- or diesel-powered generators”.

Similarly, in 2020, the World Bank reported that about 43 percent of Nigeria’s population (85 million people) lack access to the country’s electricity grid. Making Nigeria one of the largest energy access deficits in the world.

Spending $5.26 billion on power generating sets and other electric accessories has a lot of implications on Nigeria’s economy, especially on the country’s currency which has constantly been on a free fall against the Dollar.

Nigerian president, Muhammadu Buhari will present the N19.76 trillion 2023 budget to the joint National Assembly on Friday, according to Senate President Ahmad Lawan.

The Senate President disclosed this on Tuesday in Abuja, saying the presentation would take place at 10:00 am at the temporary chamber of the House of Representatives.

According to the details of the draft presented to the House of Representatives, crude oil was benchmarked at $70 a barrel while oil production was estimated at 1.69 million barrels per day (mbpd) for 2023.

The federal government projected the Naira-Dollar exchange rate at N435.57 despite the black market trading at over N700/US$. Also, it was forecasted that the inflation rate would moderate from the current 20.52% to 17.16% while the nation’s Gross Domestic Product (GDP) was pegged at 3.75%, slightly above 3.55% estimated for 2022.

“Upward pressure on prices is expected to be driven by the current and lag effect of the global price surge due to the Russian-Ukraine war, domestic insecurity, rising costs of imports, exchange rate depreciation, as well as other supply-side constraints.”

The average rental price in Lagos State has increased between 20 per cent to 37.5 per cent depending on the location

The average rental price in Lagos State has increased between 20 per cent to 37.5 per cent depending on the location.

Checks by Investors King showed that rental cost in Lagos State has been on an astronomical rise in the last two years. Houses in areas such as Lekki have increased by almost 40 per cent.  However, the increase of houses on the mainland is between 20 to 30 per cent.

Our correspondent gathered that several people living in Lagos spend at least 60 per cent of their annual income on rent. Unfortunately, the increase in house rent coupled with the rising inflation has significantly affected many Lagosians.

Some of the landlords and rental agents which our correspondent spoke to blame the rising cost of rent on the increase in cement price, other building materials and construction costs.

Our correspondent also learnt that the cost of land has also increased in almost all parts of Lagos States. In some places like Epe and Ajah, the increase was almost 100 per cent.

The cost of a two-bedroom flat in Lekki is between N2.5 million to N3.5 million per annum.

Besides, some landlords and estate agents demand a rent of two years from tenants despite a law that prohibits such.

Section 4 of the tenancy law of Lagos State 2011 prohibits an excess of more than 12 months as rent. Although there is punishment attached to any breach of this law as stated in section 5, Landlords nevertheless exploit the impetus of the house seekers because of the high demand.

Section 5  stated that “Any person who receives or pays rent above what is prescribed in this Section shall be guilty of an offence and shall be liable on conviction to a fine of N100, 000 or to three (3) months imprisonment.”

Investors King further learnt that with the current state of the economy and the rising inflation which has limited the purchasing power of many, there could be an increase in the number of homeless people in Lagos State.

It is therefore imperative for the government to look into the excesses of the shylock agents. Most importantly ameliorate the challenges to stop any menace that might come with the increase of homelessness in Lagos State.

Following the impact of the Russian-Ukraine war that has disrupted business activities in different countries across the world, Micro Small and Medium Enterprises (MSMEs) during this period have continued to face increased difficulties.

Noting that MSMEs occupy a critical part of the Nigerian economy and contribute 48 percent to Nigeria’s GDP, the FG has demanded the DBN to expand its funding windows to provide affordable financing to a wider cross-section of MSMEs.

In a response to the demand of the federal government, the Managing Director of DBN Dr. Tony Okpanachi while speaking at DBN’s 3rd annual lecture series with the theme: “Thriving in the Face of Domestic and Global Disruptions”, assured that despite the adverse effect of domestic and global disruptions on MSMEs in Nigeria, the bank would continue to empower and drive the critical sub-sector of the economy to deploy innovative strategic solutions in the management of their businesses.

The Bank also assured of its continuous partnership with its Participating Financial Institutions (PFIs) to eliminate the financing constraints faced by MSMEs.

His words, “In Nigeria, we’re currently plagued with rising inflation of 20.52% (as of September 2022). We are as well afflicted with rising food and commodity prices, coupled with the rising and unstable exchange rates among others.

“The effects of Global disruption on international trade often come as a shock to businesses. These series of events have led to uncertainty and radical changes to companies’ well-established strategies across the globe and MSMEs are not exempted.

“The future of work is currently in a state of flux, with many old and new challenges hitting MSMEs particularly hard. Hence, Governments, corporate bodies, and individuals, mostly MSMEs must find ways to adapt to the changing times and the volatility of the market, deal with uncertainty, and figure out how to convert that into opportunities.”

The Development Bank of Nigeria (DBN) was conceived by the Federal Government of Nigeria (FGN) in collaboration with global development partners to address financing constraints faced by MSMEs and small Corporates in Nigeria.

The bank has successfully disbursed over N512 billion in loans to no less than 225,000 Micro, Small, and Medium Scale Enterprises (MSMEs) in Nigeria since it was established five years ago.