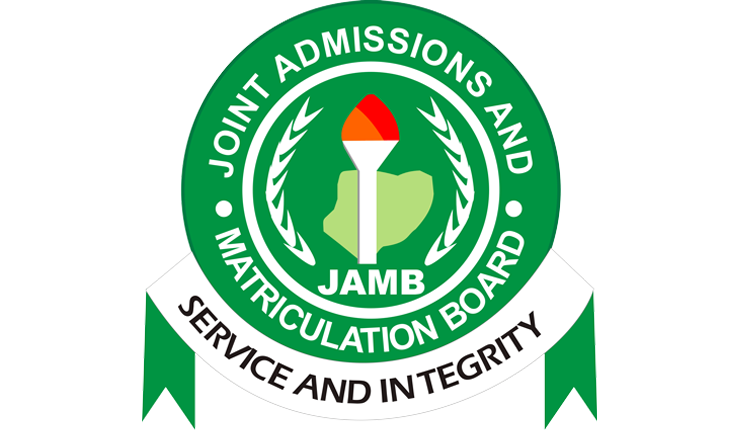 The Joint Admissions and Matriculation Board has released the results of the 2022 mock Unified Tertiary Matriculation Examination conducted on Saturday, April 9 2022.

This was officially disclosed by JAMB in its Weekly Bulletin on Monday, April 11 in Abuja.

‘’The results of the Mock-UTME conducted on Saturday, 9th April, 2022, have been released.

“Consequently, candidates who sat for the examination are to visit www.jamb.gov.ng and click on ‘2022 Mock Result Checking’ and input their UTME registration number to access their results.’’

Investors King gathered that a total of 175,978 candidate indicated interested to sit the mock examination in 757 centres in 105 examination towns across the country.

According to Jamb, the optional exercise was introduced by the Board to give candidates the opportunity to familarise themselves with the Computer-Based Testing (CBT) environment.

The Registrar of the board, Prof. Is-haq Oloyede, who spoke to NAN after the Saturday exercise, had expressed satisfaction over the conduct of the exercise nationwide.

Prof. Oloyede said that the candidates who wrote the mock examination were limited to only one session which started from 8 a.m. to 10 a.m.

He also assured that the board and all the Computer Based Tests centres were ready for the conduct of the 2022 main examination coming up from May 6 to May 16.

NAN reports that a total of 1.8 million candidates were registered for this year’s main UTME.

Investors King further gathered from information shared on JAMB Monday bulletin that N1,514,584,300 was paid to CBT centres as service charges for UTME/DE 2022 registration exercise. This Includes N123,833,200 paid to CBT centers last week for candidates who obtained the ePINs before the closure of the sale of 2022 ePINs on Friday, 26th March 2022.

Strike Action to Linger Till May – ASUU 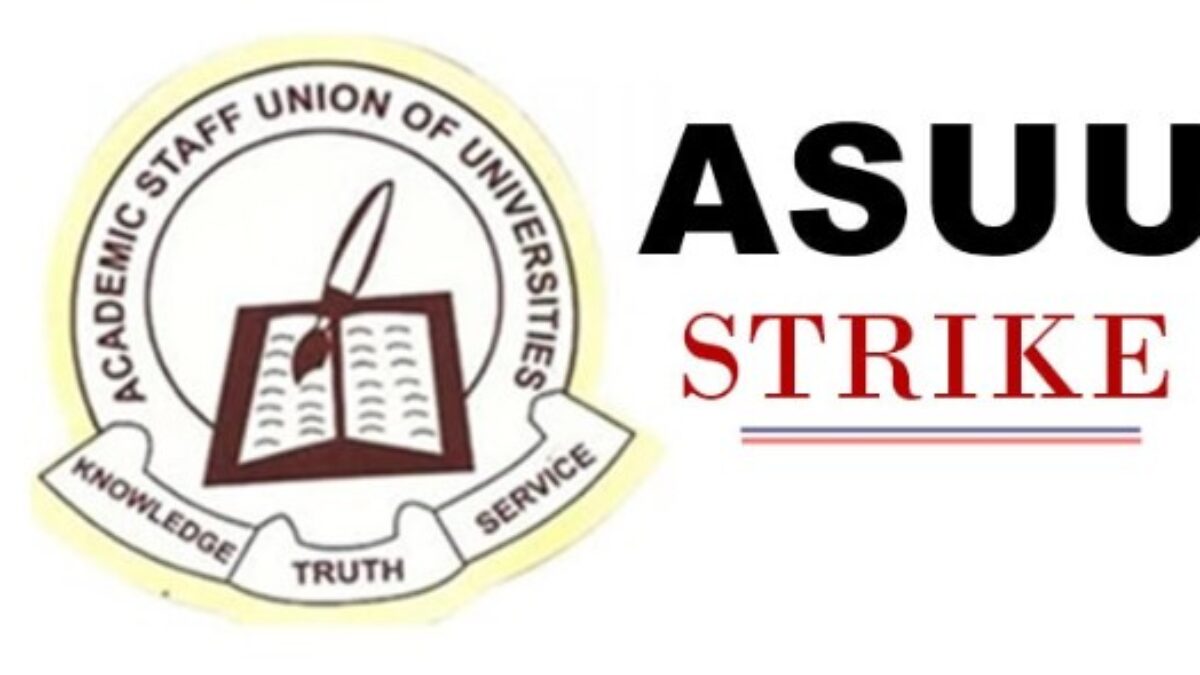 Following the failure to reach a consensus with the Federal Government, the Academic Staff Union of Universities (ASUU) has extended its ongoing strike by 12 weeks. This is coming two months after the first phase of the strike commenced.

Investors King recalls that ASUU had previously gone on a warning strike which commenced on February 14, 2022 and was meant to come to an end on Monday, May 9, 2022.

In a statement on Monday, the National President of ASUU, Prof. Emmanuel Osodeke revealed that the decision to extend the strike was unanimously taken during the association’s National Executive Council meeting, which commenced on Sunday night at the University of Abuja’s Comrade Festus Iyayi National Secretariat.

According to him, the decision is aimed at giving the government adequate time to resolve all remaining concerns satisfactorily.

He noted that the NEC had earlier authorized the national leadership to commence on an indefinite strike if no significant results were achieved during the eight-week warning strike.

“After extensive deliberations, noting the Government’s failure to live up to its responsibilities and speedily address all the issues raised in the 2020 FGN/ASUU Memorandum of Action (MoA) within the additional eight-week roll–over strike period declared on 14th March 2022, NEC resolved that the strike be rolled over for twelve weeks to give Government more time to satisfactorily resolve all the outstanding issues.

Investors King gathered that while ASUU was on its warning strike, other university staff unions also went on strike. They include: Senior Staff Association of Nigerian Universities (SSANU); The National Association of Academic Technologists; (NAAT), and the Non-Academic Staff Union of Education and Allied institutions, (NASU).

Meanwhile, the National Association of Nigerian Students (NANS) has vowed to disrupt all political events by the two major parties, as well as all candidate selection activities if the ASUU continues with the strike action.

The association condemned politicians for being unconcerned about students’ situation while being preoccupied with their own ‘selfish and irrational quest’ to contest for presidency.

In view of this, students from various institutions have continued to stage protests in Ibadan, Abuja and Lagos, calling for the strike to end, as well as the reopening of universities.

Strike Action to Linger Till May – ASUU

The Academic Staff Union of Universities (ASUU) has disclosed in a statement that its strike action has been extended by two more months. The union revealed this decision at a prolonged meeting of the National Executive Council (NEC).

The NEC meeting was held at the union’s national secretariat at the University of Abuja. The meeting was said to have started on Sunda, 13th March and stretched to early Monday, 14th March.

During the meeting, ASUU accused the Nigerian government of insensitivity and peddling lies, stating that the Muhammadu Buhari-led country is not paying close attention to the union. “Yes, we have extended the strike by eight weeks pending when the Nigerian government would find the university system worthy of the desired attention,” A member of the NEC who preferred anonymity told newsmen.

The spokesperson also revealed that a secular is currently being drafted to that effect and will be available soon.

Investors King recalls that the union had, in February, warned the Nigerian government against misleading the public.

ASUU also denied the alleged failure of its proposed University Transparency and Accountability Solution (UTAS), by the National Information Technology Development Agency (NITDA). ASUU President, Mr. Emmauel Osodeke, revealed this in a statement made available to newsmen on Sunday in Abuja.

The Minister of Communications and Digital Economy and Director-General, NITDA, Mr Isa Pantami, had earlier accused the union of failing both at the UTAS and at an ‘integrity test.’

Speaking to journalists, the president of the union revealed: “This press statement is necessitated by the need for ASUU to put the records straight on the grounds already covered in our patriotic struggle to get the government to deploy UTAS as a suitable solution for salary payment in our university system. Let us put it on record that an integrity test was carried out by NITDA on Aug. 10, 2021, in NUC where relevant government agencies and all the end-users in the University system were present. At the end of the exercise, all, without exception, expressed satisfaction with UTAS as a suitable solution for salary payment in our universities. This was attested to by the report coming from NITDA then to the effect that UTAS scored 85 per cent in User Acceptance Test (UAT).”

Emmanuel also disclosed that the NITDA Technical Team, had conducted a comprehensive functionality test that reported that out of 687 test cases, 529 cases were satisfactory, 156 cases queried and two cases cautioned.

The union’s worry is that while the process is still ongoing, the NITDA went ahead to claim that ASUU had failed the integrity test.

The update has sent a wave of many Nigerians who have taken to the social media platform, Twitter, to tweet their reaction.

Many have pointed out how the strike has affected them and how the country’s education should be placed in a state of emergency.

Here are a few reactions

House of rep members rejected a bill to mandate children of public office holders to study in Nigerian Unis.

If Nigeria were to be a better country, the people especially students will protest till this is passed into law!

FG, SG, ASUU, even student unions re all irresponsible!

Just learnt that @ASUUNGR has extended their strike action by two months, meanwhile @mbuhari is chilling in the UK. By the time the strike action is over Nigerian students would have lost practically another semester and someone wants you to vote for the characters causing this? 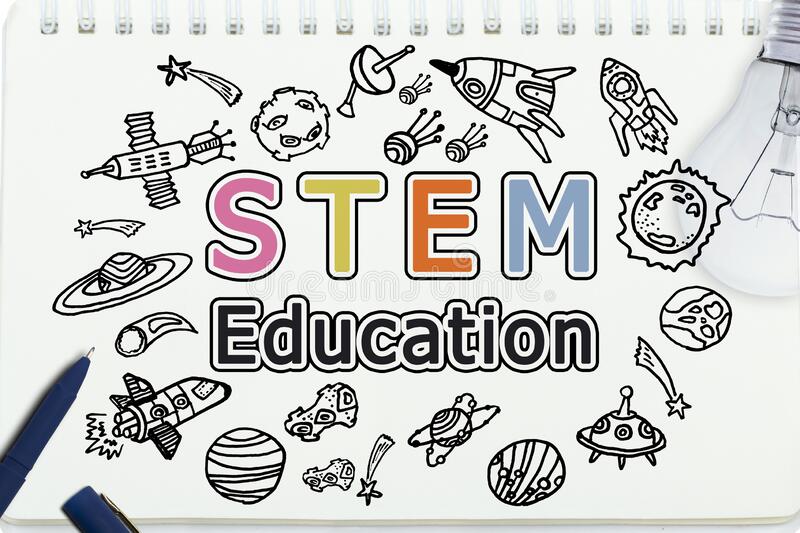 Intelsat is bringing the love of space to teenagers across the African continent as it welcome 30 new students to the second year of our MaxIQ Space (formerly Xinabox) Space STEM (space, technology, engineering and math) program.

The popular and intensive program culminates in students designing, building and launching satellites into space. This unique opportunity is entirely virtual, with each student receiving a STEM kit and engaging in virtual workshops delivered by space education specialists.

In the second year, Intelsat expanded the program to include 30 students from all over the continent including South Africa, Rwanda, Nigeria, Egypt and Uganda.

Students will then be guided via virtual STEM teachers through 10 workshops spanning four months.

“We are proud to renew and grow our partnership with MaxIQ Space in Africa and build the pipeline of the next generation of satellite engineers,” said Hans Geldenhuys, Director, Sales-Africa, Intelsat. “Sparking that tech interest at such a young age inspires future leaders who will soon lead the way with advancements we never dreamed possible.”

During last year’s mission, students used the MaxIQ modular electronics space STEM kits and educational programs to design and build satellites that could feasibly launch into space. In the final project, students used their satellites to monitor the sustainability of the planet, following U.N Sustainable Development Goals. Participants learned about climate monitoring, as well as transportation and methane pollution.

Most of the participants were high school seniors and used this opportunity to help launch their educational careers in STEM-related fields.

To learn more about Intelsat’s commitment to STEM education and supporting the next generation of STEM professionals, visit www.intelsat.com/about-us/corporate-responsibility/.