Weak sentiment continues to weigh on the Nigerian Exchange Limited (NGX) last week. Investors at the Exchange exchanged 1.137 billion shares worth N10.812 billion in 23,471 deals during the week, against a total of 1.289 billion shares valued at N13.546 billion that exchanged hands in 22,118 deals in the previous week.

The Financial Services Industry led the activity chart with 798.246 million shares valued at N6.732 billion traded in 12,904 deals; thus contributing 70.23% and 62.26% to the total equity turnover volume and value respectively. The Conglomerates Industry followed with 155.154 million shares worth N228.975 million in 917 deals.

Fidelity Bank Plc, Transnational Corporation Of Nigeria Plc, and Zenith Bank Plc were the three most traded equities during the week, accounting for a combined 454.800 million shares worth N2.551 billion in 4,587 deals. Therefore, the three contributed 40.01% and 23.60% to the total equity turnover volume and value respectively.

The Exchange year-to-date decline moderated to 9.17%. See the details of losers and gainers below. 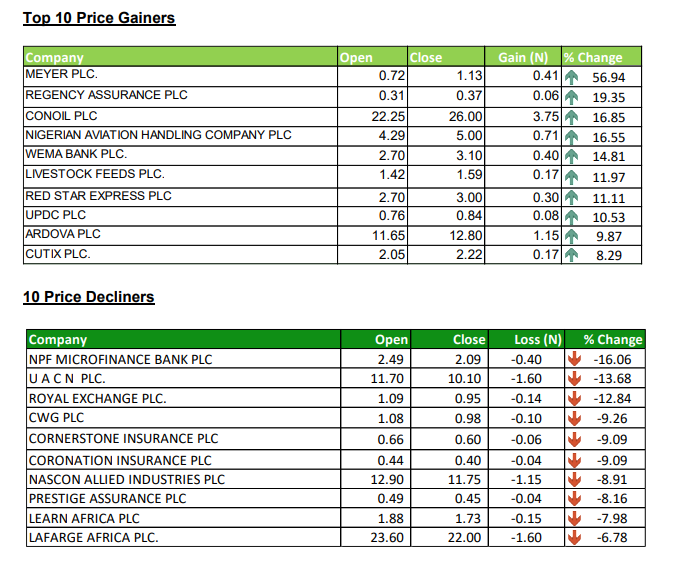 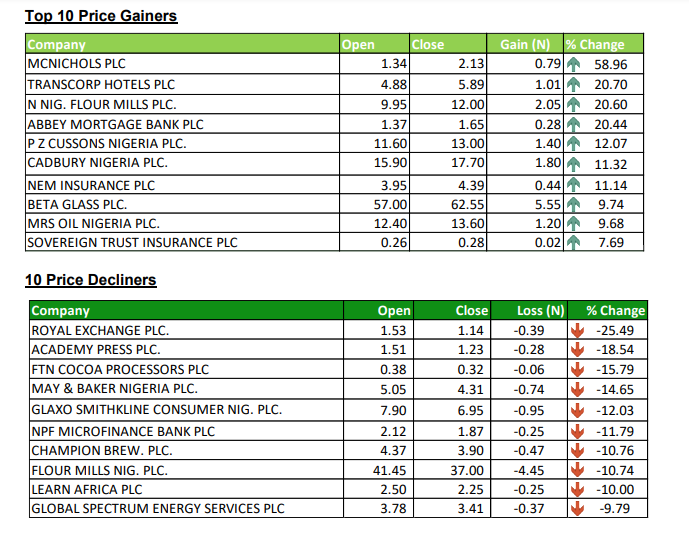