The executive secretary was represented by the Director, Parastatals Pension Department, Kabiru Yusuf, who revealed that the Directorate has 107,785 civil service pensioners on its payroll. Over the years, the agency has made efforts to change the narrative of pension administration, especially under the Defined Benefits Scheme (DBS).

Dr Ejikeme also revealed that pension management is a sensitive subject and the Directorate has been making efforts to ensure that the welfare of pensioners under the DBS remained a priority.

The Directorate also charged the media, to help inform pensioners and the public on their various pension plans to ensure that the welfare of pensioners is sustained.

This update is coming on the heels of a recent update by The National Pension Commission (PenCom) where it revealed that 1,526 organisations had remitted a total of N4,047,499,080.64 into the Retirement Savings Accounts (RSAs) of their employees in the fourth quarter (Q4) of 2021.

Investors King recalls that according to the data from PenCom, the total number of employee savings accounts that were credited stands at 15,603. The report also revealed that at the end of Q4 2021, twenty-five (25) States of the Federation had passed pension laws based on the Contributory Pension Scheme (CPS), with seven (7) states in the process of doing so.

Sulayman also pointed out that there had also been a payroll clean-up through the Bank Verification Number (BVN) introduced in November 2016. He stated that this has led to the removal of ghost pensioners in April 2018 and the creation of automation of the benefit computation/payroll management.

This update is quite innovative for a sector that has struggled with poor data management, and lack of technical input to make processes easier for all stakeholders in the sector.

You Can Now Use Your Pension for Mortgage; PenCom Tells Nigerian Workers

Nigerian workers can now use 25 percent of their Retirement Savings Account (RSA) as equity contribution for mortgages. 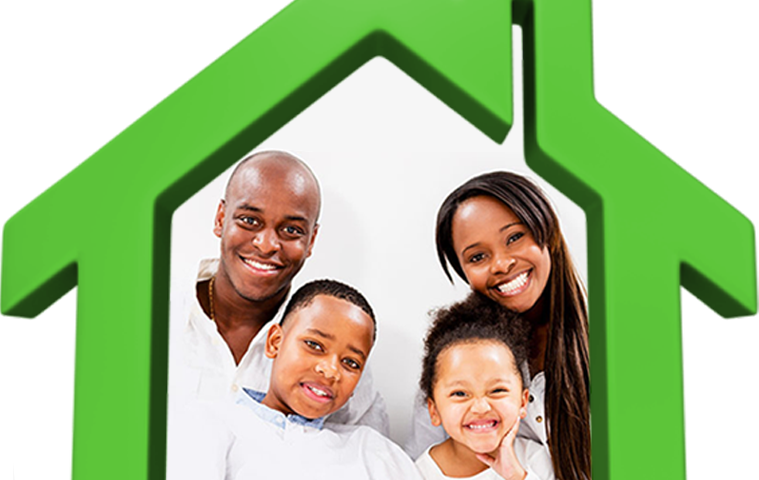 Nigerian workers can now use 25 percent of their Retirement Savings Account (RSA) as equity contribution for mortgages.

The National Pension Commission (PenCom) made the announcement in a statement made available to the press.

According to the commission, Nigerian workers can use 25 percent of their Retirement Savings Account as equity contribution toward their mortgage. The commission explained that the approval is in line with Section 89 Sub Section 2 of the Pension Reform Act, 2014.

Both salaried employees and self-employed persons can take advantage of the new service albeit after they have met certain conditions.

Part of the conditions require the applicant (RSA Holder) to be in active employment and must have an offer letter for the property which must be duly signed by the property owner and verified by the mortgage lender.

The Retirement Savings Account (RSA) of the applicant must also be active for at least five years with both the employer and employee making the mandatory contributions.

While any RSA holders with less than three years to retirement are not eligible, couples who are both RSA holders can submit a joint application subject that both individuals satisfy all the requirements.

Meanwhile, Investors King learnt that the news generated mixed feelings among the concerned workers. A number of people commended the new development while some pick hole in it.

Abiodun Bamiduro who commented on the official twitter handle of PenCom (@PenComNig)  said ”  This is long overdue. Better late than never though. Can you also look into the need of RSA holders who are over 50 years of age to access part of their balance for investment in Agriculture before they retire. Starting after retirement makes it more complicated”. Abiodun concluded.

Another commentator, David Ezennia said “Long awaited good news for developers in the real estate sector”. An elated commentator who goes by the name Proudly Nigeria said ” From Monday, I will storm my PFA to inform them and also meet with my mortgage banker to fashion out how to access the fund”.

The National Pension Commission otherwise known as PenCom was established by the Pension Reform Act 2004, to regulate, supervise and ensure the effective administration of pension matters in Nigeria. PenCom gives licence to Pension Fund Administrators (PFAs) and also oversees pension policy guidelines to protect the interest of the Nigerian workers.

New research from Ortec Finance, the leading global provider of risk and return management solutions for pension funds and other institutions, reveals almost six in ten (57%) pension fund managers are predicting further dramatic increases in inflation over the next 12 months. A further quarter (26%) predict a slight increase over the next 12 months.

The international study with pension fund managers responsible for a collective $1.946 trillion assets under management reveals that they have already taken steps to protect their schemes against inflation by increasing allocations to specific asset classes. Over half (56%) have switched investments to commodities, inflation linked bonds (56%) and infrastructure (51%).

The action taken means almost all (98%) pension fund managers interviewed in the US, UK, Australia, Canada, the Netherlands, Switzerland and the Nordics believe their scheme is already well hedged against inflation with over half (54%) saying they are ‘very well hedged’ against this risk.

Pension fund managers say schemes are set to further change allocations in the year ahead to continue to help hedge against inflation. Over half (53%) plan to increase allocations to inflation linked bonds while nearly half (49%) will switch to commodities and 49% to real estate investment trusts (REITs) over the next 12 months.

The table below shows action taken by pension fund managers on asset allocation to hedge against inflation over the past 12 months and plans for the next 12 months.

Marnix Engels, Managing Director, Pension Strategy, Ortec Finance said “It’s impressive to see how confident pension fund managers are about the impact of inflation on pension schemes over the next year, particularly as so many predict that inflation will continue its dramatic rise.

“Many schemes have already reallocated to certain asset classes in order to help inflation-proof their portfolio, and more are looking to do so in the next 12 months, as they predict future turbulence and inflation rises in the next 12 months. By modelling and mapping ahead, schemes are able to weather the storm, and overcome any short-term risks while still achieving their long-term objectives.”

The Pension Transitional Arrangement Directorate (PTAD) has officially begun the planned placement of pensioners who have enjoyed excess payment of monthly pension to their accurate pension.

As part of its efforts to sanitize and ensure a corrupt free administration and management of pensions in Nigeria, the Pension Transitional Arrangement Directorate (PTAD) has officially begun the planned placement of pensioners who have enjoyed excess payment of monthly pension to their accurate pension.

This was disclosed in a statement signed by the Head, Corporate Communications of PTAD, Olubenga Ajayi.

According to the statement, the decision was made in response to the results of the expanded computation project and the re-validation of pensioner’s career documents, both of which were started by the Directorate in 2020 for the Civil Service Pension Department.

The statement read: “Based on the payroll inherited by PTAD, a total of 14,836 retirees were receiving monthly pensions in excess.

“According to the meeting that was held in June 2022, by the Executive Secretary of PTAD, Dr. Chioma Ejikeme, and the management team of PTAD held a meeting with the Executive members of the Nigeria Union of Pensioners(NUP) and the Federal Civil Service Pensioners Branch (FCSPB) to inform the Unions of the Directorate’s plan to properly place pensioners in the Civil Service Pension Department (CSPD) who were being overpaid on their accurate monthly pension.

“At the conclusion of the meeting, the parties agreed that the affected pensioners would be contacted and informed of the Directorate’s plan to properly place them on the correct monthly pension beginning in the month of July 2022, while the modalities to recover the over payment would be worked out in due course. Since then, letters have been delivered to the impacted pensioners”.

Meanwhile, so far, 14,825 pensioners’ monthly payments have been changed to reflect their correct computed monthly pensions.