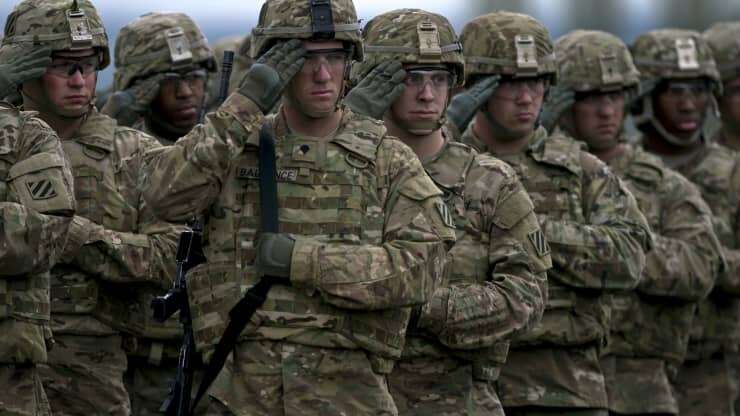 We’re seeing widespread risk aversion once more on Monday after new severe sanctions were levied against Russia over the weekend.

The response to previous sanctions was underwhelming, to say the least, but the latest batch undoubtedly has the teeth that the others lacked. That’s been most clearly evident in the FX markets, where the rouble plunged more than 30% to record lows and that could have been much worse but for swift action by the central bank.

An emergency rate hike – raising the key rate from 9.5% to 20% – alongside other measures, has enabled the rouble to pare those initial losses but the currency remains under severe pressure. The latest sanctions are hard-hitting and will weigh heavily on the economy. And that’s before we see the second-round effects.

BP has shown us today the political pressure that companies are going to be under to sever ties with Russia, especially where there’s shared interest with the Kremlin. The level of horror at the events in Ukraine being experienced around the world, combined with that political pressure, will continue to see companies cut ties which will compound the impact of the sanctions.

Whether we continue to see more risk-aversion in the markets may well hang on the talks currently taking place between Russian and Ukrainian officials. It’s hard to imagine a ceasefire and Russian exit being agreed upon given the events of the last week but we live in hope.

An agreement would naturally lift sentiment and we could see stocks quickly reversing their losses. A failure could see things turn ugly again as Russia will not take these sanctions lying down. They will have massive implications for the Russian economy and retaliation is almost certain.

Oil prices are naturally rallying strongly at the start of the week. Brent and WTI are both closing in on $100 once again and only a significant de-escalation looks likely to derail that. If the talks end badly today, we could see oil continue its ascent as markets factor in prolonged fighting in Ukraine and the risk of supply disruptions.

Talks are continuing between the US and Iran towards a nuclear deal which could help ease some of the pressures in the oil market. But we may not see the full benefits of that unless we see an agreement between Russia and Ukraine, at which point we could see a significant pullback in the price.

The US and other consuming countries are also reportedly considering another release of reserves totalling 60-70 million barrels. This comes after a similar move in November that had only a limited impact on the markets. But combined with actions elsewhere, it could help ease the pressures we’re seeing.

Gold jumps as safe-havens in demand

Gold is back above $1,900 in risk-averse trade and up around 1.5% on the day. The events over the last few days have no doubt escalated tensions, although talks between Russia and Ukraine do offer some hope. The sanctions, in particular, add another layer of uncertainty to the situation which investors naturally don’t like.

We’re in a highly uncertain, inflationary environment and gold is the obvious hedge. The question is how much further it can go which obviously depends on how much more of an escalation we’ll see and what that does to commodity prices. But for now, it’s very well supported, despite easing slightly off its highs.

Bitcoin is also lower on the day as traders abandon risk assets in favour of safe-havens. It’s continuing to show resilience though which will encourage the crypto crowd. As long as it continues to weather the storm and hold above $30,000, there will be a belief that it can thrive again once risk appetite improves. Unfortunately, there’s just no clear idea of when that will be.