The ongoing unrest in Kazakhstan and the supply outage in Libya have bolstered global oil prices on Thursday.

The deadly violence, across the tightly controlled former Soviet state, has been condemned by Russia, which sent paratroopers on Thursday into Kazakhstan to quell the unrest.

However, there were no indications that oil production in the country has been affected so far.

“The political situation in Kazakhstan is becoming increasingly tense.” German financial institution, Commerzbank said, “And this is a country that is currently producing 1.6 million barrels of oil per day.”

However, Brent’s six-month backwardation stood at about $4 a barrel, its widest since late November.

Backwardation is a market structure where current prices trade at a premium to future prices. It is usually a sign of a bullish market.

In Libya, lack of maintenance and oilfields shutdowns has plunged the leading African oil producer’s output to 729,000 bpd.

According to Libya’s National Oil Corp on Thursday, production slumped from a high of more than 1.3 million bpd recorded in 2021.

OPEC+ on Tuesday agreed to further increase oil production by 400,000 bpd in February, as it has done each month since August.

Top oil exporter, Saudi Arabia however cut the official selling price for all grades of crude it sells to Asia in February by at least $1 a barrel. 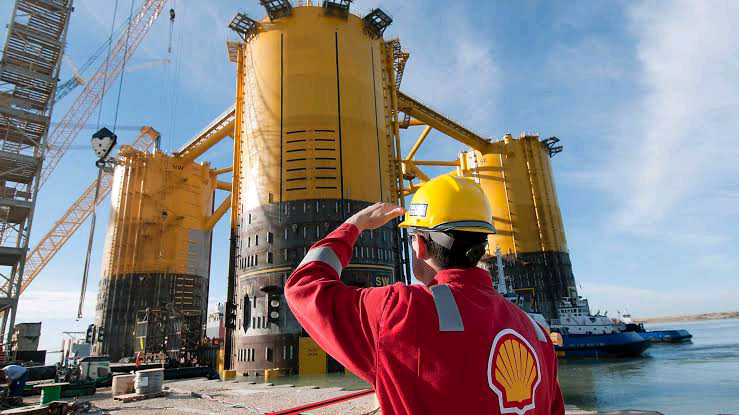 The Royal Dutch Shell Company has revealed that five Nigerian oil and gas firms are preparing to submit bids for the company’s onshore oilfields.

The sale could generate up to $3 billion in revenue, sources working with Shell told Reuters.

Recall that the Anglo-Dutch company which owns stakes in 19 oil mining leases in Nigeria’s onshore oil and gas joint venture informed the federal government of plans to sell its stakes.

The company controls a 30% stake in the Shell Petroleum Development Company of Nigeria (SPDC). This is 25% lesser than the Nigerian National Petroleum Corporation (NNPC), which holds 55%. TotalEnergies (TTEF.PA) has 10% and ENI 5%.

The oil and gas industry, including banking sources, have said that Shell’s assets in the last quarter of 2021 were valued at $2 billion to $3 billion.

However, Shell has made it clear it is selling off its stakes as part of its drive to reduce carbon emissions.

The company has also struggled for years with spills in the Niger Delta due to pipeline theft and sabotage as well as operational issues, leading to costly repairs and high-profile lawsuits.

No international oil companies, however, were expected to take part in the bidding process at this point. They may however be allowed to bid before the close of the process by Jan. 31, the sources noted.

The reality is that it remains unclear if potential bidders could raise sufficient funds as many international banks and investors have become wary about oil and gas assets in Nigeria due to concerns about environmental issues and corruption.

Some African and Asian banks, however, were still willing to finance fossil fuel operations in the region, they said.

The buyer of Shell’s assets, the sources say, will also need to show it can deal with future damage to the oil infrastructure which has ravaged Nigeria’s Delta in recent years.

Another possibility is that NNPC, as the majority stakeholder holding 55% of SPDC shares, could also choose to exercise its right to pre-empt any sale to a third company.