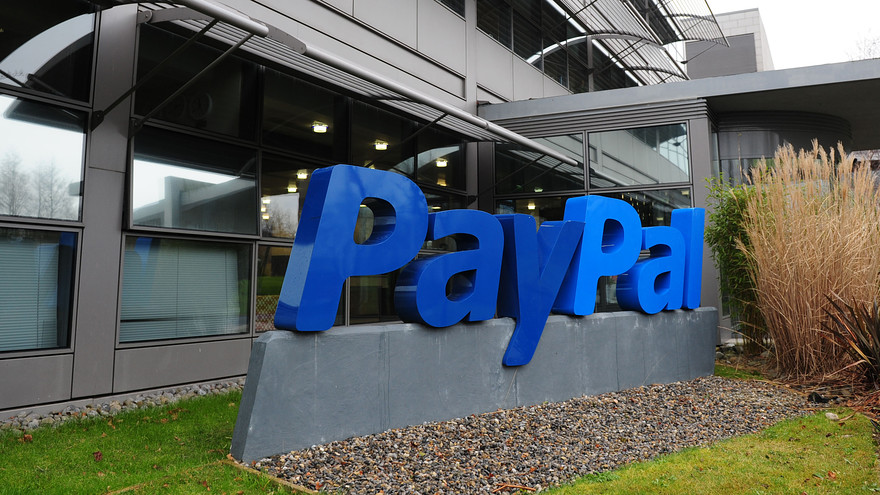 PayPal, a global e-payments giant company, has announced future plans of owning its own cryptocurrency called PayPal Coin, a stablecoin that will be backed by the American Dollar. Stablecoins are cryptocurrencies backed and priced by the value of an existing currency or commodity.

Steve Moser, a software developer was the first person to discover evidence of PayPal’s future plans to explore stablecoins through a hidden code and image named ‘PayPal Coin’ which indicates that the coin would be backed by the United States Dollar.

Speaking on Paypal’s future plans for stablecoin, Jose Fernandez da Ponte, senior vice president of crypto and digital currencies at PayPal in an interview with Bloomberg explained that research is still ongoing and would ensure all regulatory standards are met before the launch of PayPal coin.

“We are exploring a stablecoin; if and when we seek to move forward, we will, of course, work closely with relevant regulators. There would have to be clarity on the regulation, the regulatory frameworks, and the type of licenses that are needed in this space”. He said.

In a podcast held recently, Fernandez da Ponte said that the company has “not yet seen a stablecoin out there that is purpose-built for payments”, and PayPal’s stablecoin would have strong security that would support payments on a large scale.

Quoting a PayPal spokeswoman, Bloomberg revealed that the images and code inside of the PayPal app stemmed from a recent internal hackathon — an event in which engineers team up to quickly explore and build new products that may never see a public release — within the company’s blockchain, crypto, and digital currencies division. That means the ultimate logo, name, and features could change in its public product form.

In October 2020 after PayPal announced plans to support cryptocurrency, Meltem Demirors, an executive at CoinShares had said she will not be surprised if PayPal issues its own token.

“I wouldn’t be surprised if, in the next six to 12 months, we see PayPal launching its own digital currency similar to a digital dollar that we see in many payments companies”. She said.

The Federal Government through the Minister of Finance, Budget and  National Planning, Zainab Ahmed has said there is a provision to start imposing taxes on cryptocurrency and other digital assets investing in the 2022 finance bill.

A  statement signed late Thursday by the Senior Special Assistant to the Vice President on Media and Publicity, Laolu Akande noted that the finance bill was discussed at an extraordinary virtual meeting of the National Economic Council presided over by Vice President Yemi Osinbajo.

The meeting also deliberated on other prevailing issues which include Taxation, Revenue Generation, Climate Change and the Green Growth pillar of the bill.

If passed into law, this will avail the government an opportunity to start generating revenue from growing cryptocurrency investment in Nigeria.

Investor King learnt that the federal government is already talking to Investors in Europe, US and Canada to invest in Nigeria’s gas sub-sector.

According to the statement, the meeting agreed that there should be incentives for the natural gas sector and discouragement of gas flaring.

“Under the climate change and green growth bill, there will be incentives for natural gas” the statement partly read.

With respect to cryptocurrency, the bill these clarify the basis for the taxation of Cryptocurrency and other Digital Assets in line with the Government’s policy thrust of enhancing the cross-border and international taxation of growing e-commerce with emerging markets.

It could be recalled that the CBN in 2021 directed that all commercial banks should close accounts of persons or entities involved in cryptocurrency transactions.

However, it seems the government is taking a soft position on cryptocurrency in recent times particularly as the largest crypto exchange in the world, Binance now accept naira deposit and withdrawal.

Meanwhile, Investors King understands that if the bill is passed into law, Nigeria will join other countries which include the Kingdom, the United States of America, Australia, India, Kenya and South Africa that are currently taxing cryptocurrency.

Speaking further on the finance bill 2022, the Minister of Finance noted that the proposed bill is anchored on five fundamental policy drivers which are tax equity, climate change,  job creation and economic growth, tax incentive reform and revenue generation. 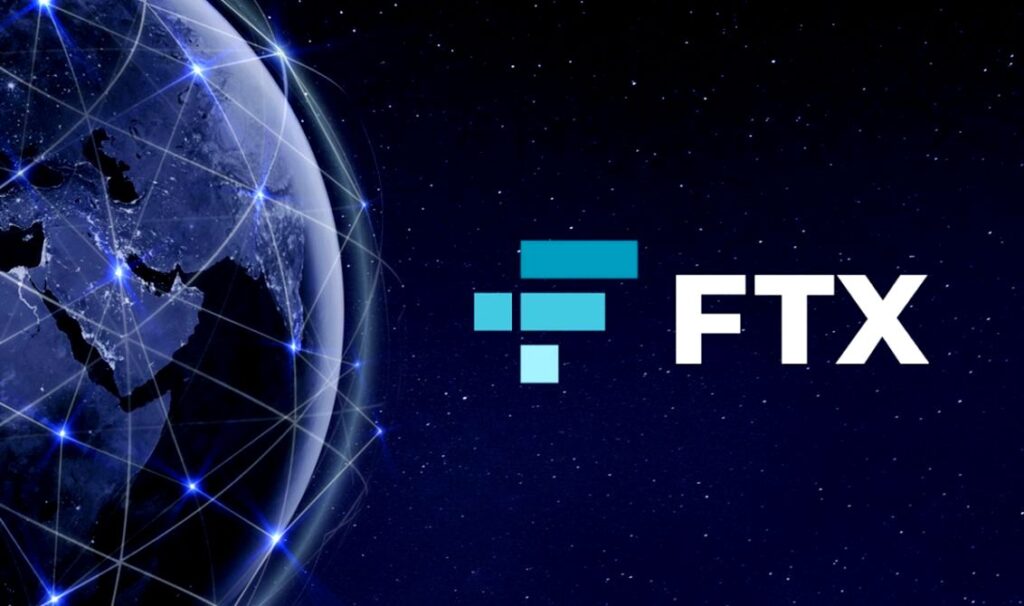 The mystery continues to shroud the missing billions at bankrupt crypto exchange FTX after its disgraced founder Sam Bankman-Fried denied trying to perpetrate a fraud while admitting to grievous managerial errors.

In his first major public appearance following the Nov. 11 implosion of FTX and sister trading house Alameda Research, Bankman-Fried said he “screwed up” at the helm of the exchange and should have focused more on risk management, customer protection and links between FTX and Alameda.

“I made a lot of mistakes,” the 30-year-old said Wednesday by video link at the New York Times DealBook Summit. “There are things I would give anything to be able to do over again. I didn’t ever try to commit fraud on anyone.”

Bankman-Fried’s participation was controversial given there are outstanding questions about how Bahamas-based FTX ended up with an $8 billion hole in its balance sheet and whether it mishandled customer funds. Reports that FTX lent client money to Alameda for risky trades have stoked such concerns.

Interviewed by New York Times columnist Andrew Ross Sorkin, who said Bankman-Fried was joining from the Bahamas, the fallen crypto mogul didn’t give a straight answer about whether he had at times lied.

Bankman-Fried told the summit that he “didn’t knowingly commingle funds.” At the same time, he said that FTX and Alameda were “substantially more” linked than intended and that he failed to pay attention to the trading house’s “too large” margin position.

He said he wasn’t running Alameda and added that he was “nervous about a conflict of interest.” No person was in charge of position risk at FTX, he said, describing the lack of oversight as a mistake.

The comments shed little light on the question of where client funds ended up as Bankman-Fried stuck to a hard-to-parse account of how Alameda ran up a massive margin position on the exchange.

The restructuring expert who took over the firm in bankruptcy, John J. Ray III, has painted a picture of FTX as a mismanaged, largely out-of-control company bathed in conflicts and lacking basic accounting practices, calling it the worst failure of corporate controls he’d ever seen.

Bankman-Fried faces a complex web of lawsuits and regulatory probes into alleged wrongdoing. Some observers speculate his public comments could be used against him in litigation.

The spotlight has also fallen on an apparent company culture of working and playing hard. Bankman-Fried said there were no wild parties and that he saw no illegal drug use. He added that he’s been prescribed drugs over time to help with focus and concentration.

The digital-asset sector is braced for widening contagion from FTX, which once boasted a $32 billion valuation before sliding into bankruptcy. It owes its 50 biggest unsecured creditors a total of $3.1 billion and there may be more than a million creditors globally.

A crypto lender, BlockFi Inc., filed for bankruptcy Monday after being buffeted by the wipeout. Embattled brokerage Genesis is striving to avoid the same fate.

BlackRock Inc. Chief Executive Larry Fink said earlier at the DealBook summit that most crypto companies will probably fold in the wake of FTX’s collapse. The world’s biggest asset manager was among firms stung by the chaotic unraveling of Bankman-Fried’s tangled web of 100-plus FTX-related entities.

Bankman-Fried has provided convoluted accounts on social media and in interviews with other news outlets about what led to FTX’s woes. Advisers overseeing the ruins of his business have slammed non-existent oversight.

As if such travails weren’t enough, the exact breakup of a $662 million outflow from FTX as it tumbled into bankruptcy remains another enigma. Bankman-Fried said in the summit interview that there was improper access to FTX after its spiral.

Treasury Secretary Janet Yellen, another speaker at the summit in New York, called the FTX debacle “the Lehman moment within crypto,” referring to the collapse of investment-banking giant Lehman Brothers in 2008.

Crypto markets have stabilized somewhat after lurching lower in November as the turmoil around FTX thickened. Even so, a gauge of the top 100 tokens is down more than 60% this year, hit by tightening monetary policy and a series of crypto blowups of which FTX is the most spectacular.

Bankman-Fried’s fortune at one point reached $26 billion, and just weeks ago he was described as the John Pierpont Morgan of digital assets, willing to throw around his wealth to bail out the industry. He said during the interview that he’s down to one credit card and $100,000 in the bank.

Pressed on whether he had been straight about FTX, Bankman-Fried said: “I was as truthful as I’m knowledgeable to be.”

According to an interview with Chief Executive Officer Changpeng Zhao, cryptocurrency exchange Binance wants to create a fund of about $1 billion for the potential purchase of distressed digital assets.

In an interview with Bloomberg, Zhao made a suggestion about possible funding increases. He said, “If that’s not enough, we can allocate more.”

The recovery fund Zhao’s business plans to set up to help cryptocurrency projects experiencing a liquidity crisis as a result of the failure of rival FTX has drawn a lot of interest from industry players, Zhao said last week while addressing a conference in Abu Dhabi.

Zhao stated he doesn’t have a precise number in mind for the size of the recovery fund while speaking at a conference in Abu Dhabi.

He declined to name other exchanges or institutions at this time, but said that there were “players that have strong financials and we should band together; we’ve got significant interest so far.”

Zhao stated that Binance has strong reserves, but he did not specify how much the business would contribute to the fund.

Zhao stated that more information about the fund will be made available over the following two weeks.

In the same manner, as with earlier projects that Binance has launched on its platform, the token sale will be conducted as a lottery.  Participants’ BNB balances will be recorded starting at 0:00 UTC today and continuing until 0:00 UTC on December 1.

Snapshots of balances will be made on an hourly basis during that period of seven days.

The self-custody wallet NGRAVE has received a strategic investment from Binance, and the company will manage its Series A round. The largest exchange by volume has decided to capitalize on the growing demand for hardware wallets. After the recent failure of the important cryptocurrency exchange FTX, a rise has been noted.