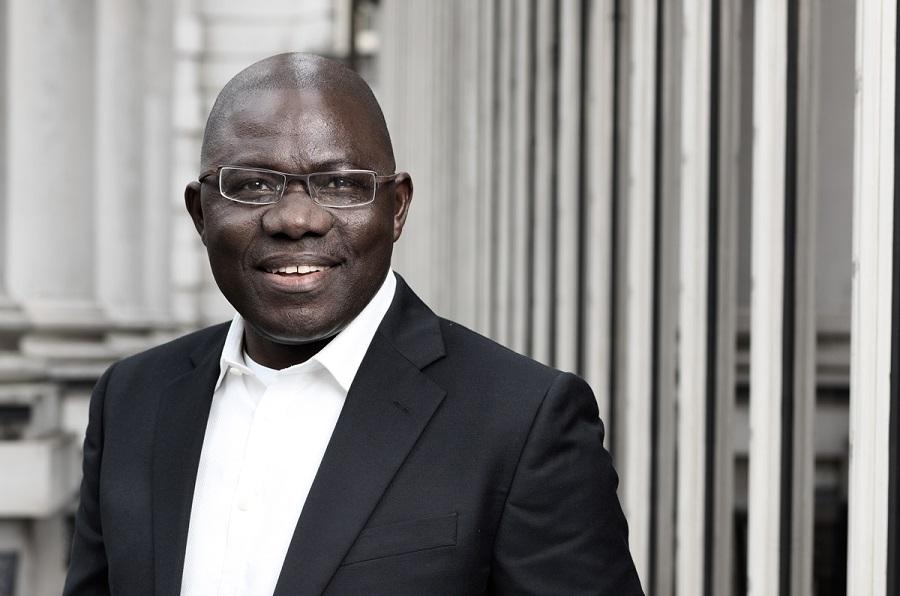 The battle for control of FBN Holdings intensifies amid resignation and the emergence of billionaire Femi Otedola as the single largest shareholder of the leading financial institution. Following the official declaration of Otedola as the largest shareholder of the company, Remi Babalola, a non-executive director and the Chairman of FBN Holdings, announced his resignation on Friday, according to the people familiar with the happenings in the company.

Babalola quit his position as Chairman of FBN Holdings just two days after FBN Holdings confirmed that Nigerian billionaire Femi Otedola was the largest shareholder of the institution.  The timing of Babalola’s resignation may not be unconnected to Otedola’s new status in the bank, especially given that Remi Babalola was appointed barely a year ago.

The FBN Holdings power tussle took a turn immediately after Otedola announced that he had purchased additional 200 million shares estimated at about N2.3 billion to cement his position as the largest holder in the company.

Otedola had reportedly acquired an additional 2.5% stake in the company, taking his overall equity stake to 7.57%. In comparison, Tunde Hassan-Odukale is said to have a 5.36% stake, a move which he made after Otedola upped his acquisition to 5.07% earlier.

After Babalola’s resignation, the Central Bank of Nigeria approved the decision to appoint Ahmad Abdullahi as the new Chairman of the company, to replace Babalola. The CBN’s Director of Corporate Communications, Osita Nwanisobi said that the apex bank was duly informed of Babalola’s resignation, at the same time that a contest was going on between some significant shareholders for control of the company.

The CBN spoke highly of Remi Babalola, lauding a series of achievements seen under his leadership. In a farewell e-mail, Babalola said that he resigned his appointment as Non-Executive Director and Chairman of the Board of Directors after a reflection on recent events which are related to his personal values.

It was however not clear whether Abdullahi was nominated by Otedola, the company’s largest shareholder. Since Otedola himself had stated that he acquired the shares for investment purposes only and not for a Board position, it would not be far-fetched to believe that the billionaire nominated someone who he believes is capable to lead the company’s Board.

In Babalola’s resignation letter seen by PremiumTimes, the former Nigerian Minister of State for Finance and now the former Chairman of FBN Holdings said he resigned because of the stench and corruption in the bank’s system.

He said “With the rot, stench and corruption in the system, it has been well-nigh impossible for me to break; and upon deep reflection and partial to my personal values, I write to formally resign my appointment as a non-executive director and chairman of the board of directors of FBN Holidays PLC, effective immediately,” he wrote.

He added that “This should allow ample time for the institution’s shareholders to plan a smooth transaction through the next Annual General Meeting.”

Nigerian Railway Corporation (NRC) has revealed that it spent N4 million on diesel daily despite struggling to make N1.7 million in a day.

Nigerian Railway Corporation (NRC) has revealed that it spent N4 million on diesel daily despite struggling to make N1.7 million in a day.

According to the corporation, the high cost of diesel in recent times has really affected the profitability of the railway corporation.

The corporation said it uses about 24,000 litres of diesel daily for the Lagos-Ibadan route, amounting to about N4 million while it barely makes N1.7 million a day.

This represents a cost-to-revenue ratio of 135.3 percent in favour of the cost. Besides, there are other costs incurred daily by the corporation.

In the words of the NRC Managing Director, Mr Fidet Okhiria, “We can hardly buy diesel to operate. In fact, the major headache now is the price of diesel. For instance, on average, we use about 24,000 litres daily for the Lagos-Ibadan service and we barely earn up to N1.7m per day”.

“Now the supply cost for a litre of diesel is close to N1,000. At the filling stations, you get it for about N700 to N800, but if you have a supplier, he will have to put his profit margin, VAT and others, and this brings the cost to about N1,000 per litre. So, we are talking about spending almost N4m on diesel alone, when we barely make N1.7m. But we still have to provide the services on that route.” He stated.

Mr Fidet Okhiria further lamented that government allocation for the corporation in the 2022 budget is grossly inadequate to run operations.

He stated that the government provided about N500 million to purchase diesel for all rail services across the country which barely lasts up to a month. 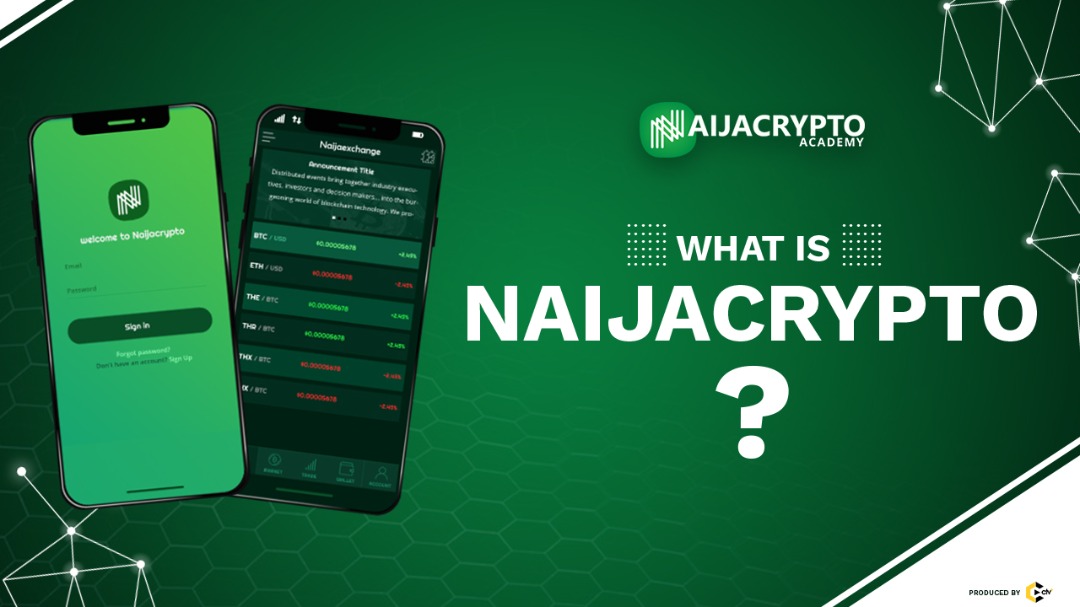 The Nigerian cryptocurrency exchange startup expanded its offering into six new markets this year and also improved its presence in existing markets.

It is one of the few Nigerian cryptocurrency exchange platforms with its presence in the Caribbean, and has on several occasions indicated an interest in expanding to other Latin American countries.

Speaking on the recent acquisition, PowerDFI CEO Tim Webb said “Adding the work done by Naijacrypto to what we are building in PowerDFI fills out our technology suite to handle trillions in assets over the next decade.”

“We are set to lead the transition of the $57 trillion shadow banking market to the blockchain to improve transparency and security,”

“Our combined strengths of being first in the market to allow the staking of physical assets using smart contracts on the blockchain and the integration of various yield mechanisms to be a leading fintech globally.”

Also speaking on the acquisition, Naijacrypto CEO Chiagozie Iwu in an email to its users said;

“This acquisition allows us to bring the future of financing vast amounts of critical assets to the blockchain. No other DeFi platform is making it possible for tokenized assets to be leveraged for staking, loans, and derivative creation.

“Large amounts of equity can now be unlocked and unfrozen because of the PowerDfi platform and its staking and lending protocols.

“At a time of job-cutting and freezing client funds in this sector, we’re creating a robust new platform that will drive asset financing on the blockchain globally.

“PowerDfi’s acquisition of Naijacrypto is a fit-like-a-glove, synergistic arrangement in which the capabilities of each company perfectly meet the needs of the other”.

“PowerDfi is the next phase of the DeFi evolution, and I am glad Naijacrypto and its entire team will have a front seat on this journey”.

Adobe To Acquire Web-Based Design Platform, Figma in a Deal Worth $20 Billion

Figma announced it has entered into an agreement to be acquired by Adobe, the Co-Founder and CEO of Figma, Dylan Field said in a blog statement sent to Figma users.

Today, September 15, 2022, Figma announced it has entered into an agreement to be acquired by Adobe, the Co-Founder and CEO of Figma, Dylan Field said in a blog statement sent to Figma users.

Figma is an advanced web-based graphic design tool that offers next-generation collaborative work on UI/UX prototyping. It is a robust application that enables you to create unique UX designs that are user-friendly yet professional. It was founded 10 years ago by Dylan Field and Evan Wallace.

The collaborative design platform has become key for many businesses in recent years.

While Adobe is used to create, view, and annotate text among others, the combination of Adobe and Figma will usher in a new era of collaborative creativity.

According to Adobe in a press statement, “Together, Adobe and Figma will reimagine the future of creativity and productivity, accelerate creativity on the web, advance product design and inspire global communities of creators, designers and developers. The combined company will have a massive, fast-growing market opportunity and capabilities to drive significant value for customers, shareholders and the industry”

“Adobe and Figma share a passion for helping individuals and teams to be more creative and productive. With Adobe’s and Figma’s extensive product portfolio, the combined company will have a rare opportunity to power the future of work by bringing together capabilities for brainstorming, sharing, creativity and collaboration and delivering these innovations to hundreds of millions of customers”, the statement added.

After the acquisition, Adobe will allow Figma to work autonomously and retain Dylan as Figma’s Chief Executive Officer (CEO). Dylan will however be reporting to David Wadhwani. David Wadhwani is the Executive Vice President and Chief Business Officer, Digital Media at Adobe Incorporated.