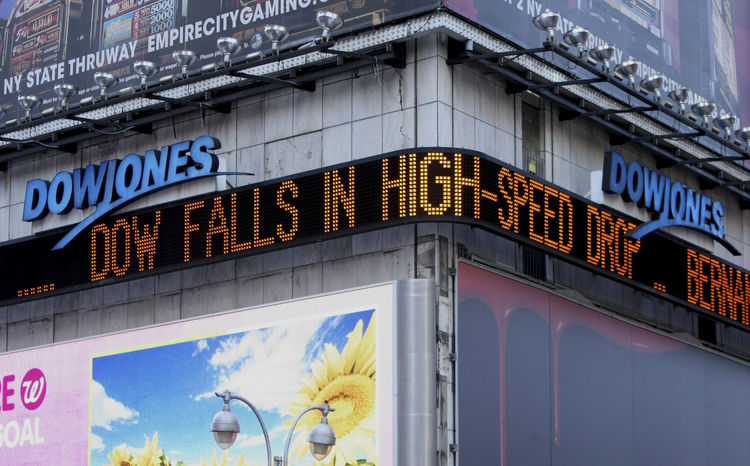 US stocks rallied after the latest inflation report did not come in as hot as many were expecting. Wall Street did not see inflation with a 7-handle and that allowed risky assets to rise, while the dollar turned negative as traders anticipate the Fed won’t be forced to deliver a rate hike well before summer.

The stock market rally did not stick as economists still mostly agree that this is not the peak for inflation and that pricing trends will continue to track higher. The preliminary University of Michigan sentiment report showed modest rebounds across sentiment, current conditions, and expectations. Inflation expectations over both the next year remained anchored at 4.9% and the 5-10 year at 3.0%.  Despite today’s rebound, consumer sentiment still looks vulnerable and will likely struggle if these widespread price increases continue.

November’s headline month-over-month CPI reading increased 0.8% was higher than the 0.7% estimate but lower than the prior month’s reading of 0.9%.  Some of the inflation is moderating but the year over year reading came in at 6.8%, the hottest since 1982.

Appetite for equities remains undeterred as traders appear to be confident that eventually at some point in the middle of next year a lot of these pricing pressures will fade.

Peloton (**Spoilers below for HBO’s Sex and the City premier)

2021 has been a rough ride for Peloton shares as they appear to be headed back to pre-pandemic levels. The latest slide could be attributed to another downgrade, this time from Credit Suisse, but some traders are in shock over how Peloton played a major role in the Sex and the City premier. The fitness equipment maker was dealt another potential PR crisis (earlier in the year, they had a tragic treadmill accident).

Death by Peloton was all over social media after Carrie Bradshaw, the protagonist in HBO franchise Sex and the City lost her husband to a heart attack shortly after he had an intense workout on his Peloton bike.

Peloton was aware HBO was planning on using the bike but was unaware of the larger context surrounding the scene. Peloton Spokesperson Kelly emailed a statement from a member of their health and wellness advisory council that blamed Mr. Big’s heart attack on his “extravagant lifestyle” and history of heart disease.

Peloton shares have gone from a pandemic favorite trade to a stock no one wants to touch.

WTI crude seems to be following US stocks more so than stockpile data. This is ending up being a rather good week for crude prices as the crude demand outlook hit from Omicron might be limited.  OPEC+ continues to have a firm handle on the direction of prices and can disrupt any selloffs with a quick reverse of their output increase.

Once Europe gets beyond this wave of restrictive movements and the north stops seeing milder weather, the rally in oil prices could easily make a run towards the highs seen last month.

Gold is slowly getting its mojo back after a hot inflation report mostly matched estimates.  A lot of the inflation is stickier than anyone wants and that should keep gold’s medium- and- long-term outlooks bullish. Gold just needs to survive a firm consensus on how many rate hikes the Fed will start off with next year.  An accelerated rate hiking cycle is a big risk and could trigger panic selling that could prove troublesome for gold in the short-term, but that still seems unlikely to happen.

Gold’s recent trading range of $1760 and $1800 might continue to hold up leading into next week’s FOMC decision.

Before the US inflation report, many traders were noticing that Ethereum dominance is settling in. This has been a tough week for cryptos and Ethereum mostly outperformed. The global crypto market cap is around $2.2 trillion and while Bitcoin is still king with 39% dominance, Ethereum has now earned 20%. There is still a lot of motivation for more crypto products to be created and the growth outlook next year should limit whatever selling pressure enters.

Bitcoin prices initially after US inflation hit a 39-year high, but the rally stalled after reaching the $50,000 level. Given what happened last weekend, some leveraged traders are thinking twice about holding positions into this weekend. Some traders are anticipating a sideways market until the FOMC policy decision on Wednesday, so hesitancy to hold over the weekend might grow. Hodlers will likely remain unfazed and feel mostly confident as need for inflation hedges will grow given the widespread rising pricing trends.

Capital Importation: Manufacturing and Banking Sectors Attract the Most Inflow in August – CBN

Nigeria’s debt servicing was estimated to hit N10.43 trillion by 2025

Nigeria’s debt servicing was estimated to hit N10.43 trillion by 2025, according to the 2023-2035 Medium Term Expenditure Framework & Fiscal Strategy Paper.

While between January and April 2022, the country has already spent N1.94 trillion on debt servicing, against a retained revenue of N1.63 trillion. Meaning, Africa’s largest economy is presently spending more than its generating on debt.

Aisen said, “The biggest critical aspect for Nigeria is that we have done a macro-fiscal stress test, and what you observe is the interest payments as a share of revenue, and as you see us in terms of the baseline from the federal government of Nigeria, the revenue of almost 100 per cent is projected by 2026 to be taken by debt service.

“So, the fiscal space or the amount of revenues that will be needed and this, without considering any shock, is that most of the revenues of the Federal Government are now, in fact, 89 per cent and it will continue if nothing is done to be taken by debt service.”

According to the DMO DG, “High debt levels lead to heavy debt service which reduces resources available for investment in infrastructure and key sectors of the economy.”

Nigeria’s Minister of Finance Ahmed Zainab said the country is presently struggling with the rising cost of servicing debt despite the increase in revenue.

She said, “Already, we are struggling with being able to service debt because even though revenue is increasing, the expenditure has been increasing at a much higher rate, so it is a very difficult situation.”