A total of 10 stocks closed in the green, against 24 that closed in the red. The Exchange year-to-date return dropped to 4.32 percent. See other details below.

The Nigerian stock market opened the week in the red as 22 stocks lost points against 16 that gained. The newly listed BUA Foods Plc posted its first loss on Monday, shedding N4.20 or 6.36 percent from N66 per share to N61.80.

Since listed on January 5, 2022, the price of BUA Foods has risen by 65 percent to bolster the net worth of Abdulsamad Rabiu, the company’s major shareholder, by N420.5 billion.

The Exchange year-to-date return moderated to 3.94 percent from 4.01 percent it closed on Friday. See top gainers and losers below.

Market value of listed equities appreciated by N323 billion from N23.628 trillion achieved in the first week of 2022 to N23.951 trillion last week. 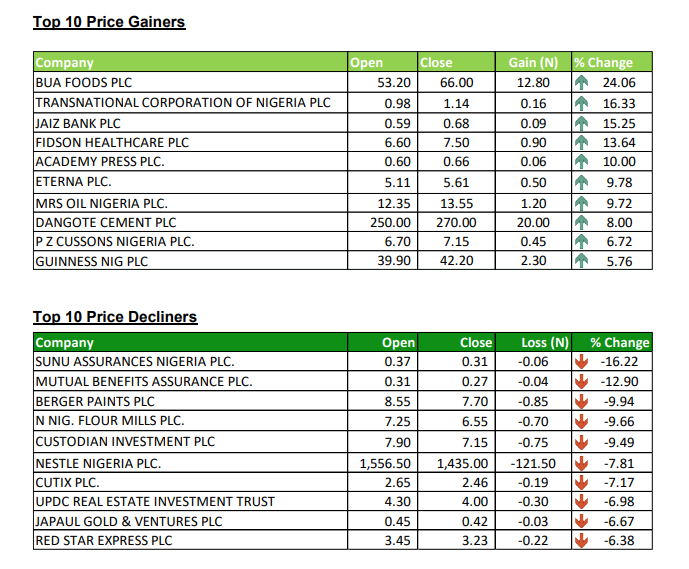