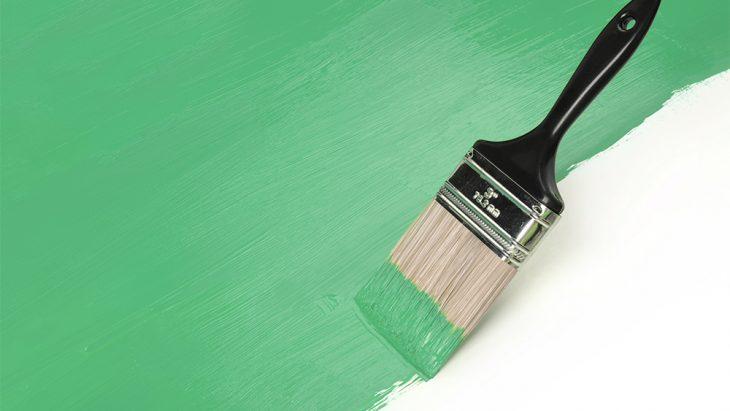 Global regulators must work together on an international framework to stamp out potential ‘greenwashing’ as capital inflows increase, affirms the CEO of one of the world’s largest independent financial advisory, asset management and fintech organisations.

The call-to-action from deVere Group’s Nigel Green comes on the back of COP26, at which governments and institutional and retail investors pledged more financing for environmental, social and governance (ESG) orientated initiatives.

Mr Green says: “COP26 has galvanised the ESG gold rush that has been taking place over the last year, as an increasing number of investors pursue profits with a purpose with sustainable investments.

“It’s the hottest investment megatrend and this is set to grow as global financial powerhouse companies are helping to unlock and mobilise the trillions of dollars of private finance that is urgently required to halt the worst effects of human-created global warming.”

He continues: “However, to ensure that this flood of private money continues and is put to work in the right way, we now need global regulators to work together on an international framework of standards.

“Although regulators have recently been ramping up scrutiny in regard to greenwashing, more still needs to be done. We need joined-up thinking on a global level to tackle a global issue. Failure to do so will severely compromise the mission.”

deVere’s calls follow the organisation’s pledge to position $2bn of assets under advisement into environmental, social and governance (ESG) investments within five years.

The Group is also one of 18 founding signatories of the UN-backed Net Zero initiative, the international alliance of powerhouse global finance companies that will help accelerate the transition to a net zero financial system. Its membership means it is committed to “aligning all relevant products and services to achieve net zero greenhouse gases by 2050 and to set meaningful interim targets for 2025.”

Mr Green concludes: “COP26 has put environmental concerns front and centre, now we need regulators to help shore-up the industry to ensure the avalanche of private money is not cut off at this critical time.

US Data Dump Ahead of Thanksgiving Holiday

At the Senate briefing in Abuja on Tuesday, the Chairman of NNPCL discloses that the company has discovered and shut down 395 illegal oil refineries. He also noted that 273 wood boats were taken down while 374 illegal oil reservoirs were destroyed.

Mele Kyari noted that serious actions are being undertaken to curtail oil theft in the Niger Delta region.

“We have deactivated 395 illegal refineries; we have taken down 273 wooden boats, we have destroyed 374 illegal reservoirs, we destroyed 1,561 metal tanks.” Mele Kyari said.

He added, “We have seized over 49 trucks and burnt them down; we have discovered illegal oil pits of 898 so far, and, 219 cooking sites have been taken down.”

Addressing the senate committee, Mele Kyari noted a criminal enterprise of such magnitude can cripple the oil revenue.

The NNPC chairman also disclosed that they had caught wind of an illegal connection of four kilometres route into the sea running from its major Forcados line, which he estimates has been around for 9 years.

Investors King had earlier reported in September that for the first time in five years, Nigeria lost its crown as Africa’s largest oil producer to Angola.

According to the Managing Director and Country Chair for Shell, Mr Osagie Okunbor, oil theft was one of the reasons why Nigeria could not meet its OPEC quota of 1.8 million barrels a day.

Meanwhile, Kyari has proposed capital punishment for oil thieves and pipeline vandals. He noted that oil thieves are the country’s enemy and they should be treated as such.

Costs, policy, and operating environment among others need to be reviewed if the Federal Government must end gas flaring by December 2022.

Costs, policy, and operating environment among others need to be reviewed if the Federal Government must end gas flaring by December 2022, natural gas analyst, Kayode Oluwadare, has said.

According to Oluwadare, the federal government must address the cost differential between local and foreign retail prices, review its gas policy and ensure an enabling business environment for intending gas investors.

Breaking down some of the challenges, he said a metric million British thermal unit is sold for $55 in international markets while the same unit goes for as low as $3.77 in Nigeria. This, he said would continue to discourage potential investors from committing their funds to the initiative.

He blamed this on the Nigerian Gas Master Plan (NGMP) that mandated gas companies to give waivers/subsidies to power generation plants.

“Another factor to consider is also the Nigerian Gas Master Plan (NGMP), which gives waivers/subsidies to power generation plants to get gas at the lowest possible price under the national gas pricing policy”, he claimed.

Kayode stated that major factors like Business environment, policies, cost, and market factors will have to be addressed for the Buhari administration to end gas flaring this year-end.

He said “If I am an investor and I want to trap gas from a production site, what are the terms for selling to the power plants to make profits? We already know how some power generation plants are unable to meet up with their financial obligations for gas supplies.”

On the issue of cost, he said some crude oil producers prefer to flare gas than process it because of the huge investment involved in trapping and processing it.

He said “There is also an issue of cost on the part of crude oil producers who would rather flare the gas than trap and process it, and the investors who will build gas processing plants, will they think it’s a worthwhile investment due to the fiscal regime that does not protect the gas producers?”

The Federal Government is set to re-open the Trans Niger Pipeline which has a production capacity of 180,000 barrels of crude oil per day.

Six months after the Trans Niger Pipeline (TNP) was shut down due to vandalism and oil theft, the Federal Government is set to re-open the pipeline which has a production capacity of 180,000 barrels of crude oil per day.

Investors King learnt that Trans Niger Pipeline (TNP) serves as part of Nigeria’s gas liquids evacuation infrastructure, which is vital for domestic power generation and the export of liquefied gas.

The General Manager noted that NAPIMS has been in talks with the host communities along the pipeline to bolster security for the crucial oil infrastructure.

“The NAPIMS leadership delegation under the  General Manager of Joint Venture operations, Engr Zakariya Budawara, had spent the last one week with the Bodo community in Gokana LGA of Rivers State where the pipeline is situated and runs through”. He said.

Bunti further stated that the people of Bodo have pledged their commitment to ensure the security of the oil infrastructure in exchange for improved quality of life, job creation and capacity building.

It will be recalled that the Trans Niger Pipeline was shut down by Shell Petroleum Development Company because of vandalization and oil theft. It has been moribund ever since because no crude has flown through it.

Investors King had earlier reported that Nigeria’s oil production has been characterised by theft, vandalism and sabotage which has led to a massive drop in production.

Some major oil companies had announced a cease of operation because of vandalism and insecurity.

In July 2022, the Managing Director and Country Chair for Shell Petroleum Development Company of Nigeria Limited, Osagie Okunbor said oil theft was one of the reasons that Nigeria could not meet its OPEC quota of 1.8 million barrels a day.

Similarly, in August 2022, for the first time in five years, Nigeria lost its crown as Africa’s largest oil producer to Angola.