The Nigerian Exchange Limited (NGX) closed in the red last week on weak market sentiment and low trading activity despite the strong positive financial statements released in the third quarter.

Trading activity drop across the Exchange as investors traded 1.428 billion shares worth N12.373 billion in 23,987 deals during the week, against a total of 3.001 billion shares valued at N34.547 billion that exchanged hands in 25,932 transactions in the previous week.

FBN Holdings Plc, Sterling Bank Plc and United Bank for Africa Plc were the three most traded stocks for the week. The three accounted for 402.924 million shares worth N3.063 billion in 3,208 deals and contributed 28.22 percent and 24.76 percent to the total equity turnover volume and value, respectively.

The Exchange year-to-date return moderated to 4.33 percent from 4.52 percent recorded in the previous week. 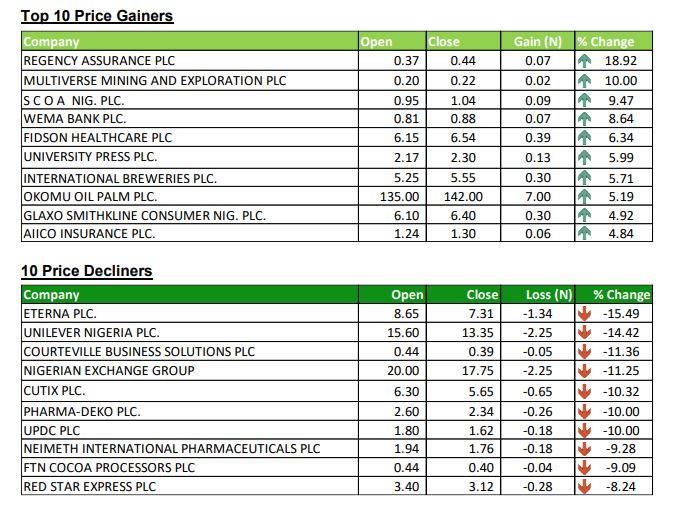