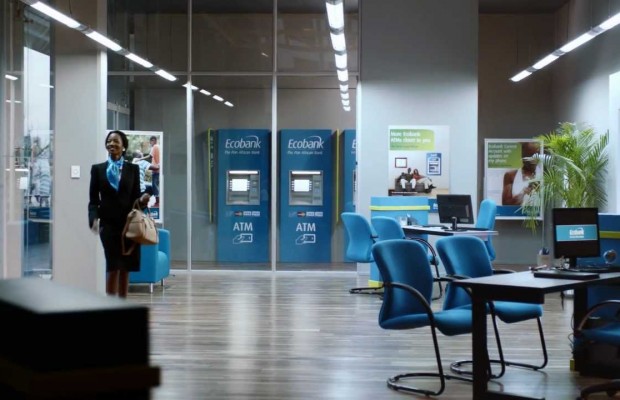 This represents the first ever Tier 2 Sustainability Notes by any financial institution in Africa.

The lender disclosed in a statement signed by Adenike Laoye, Group Head Corporate Communications/Chief of Staff to the Group Chief Executive Officer, Ecobank.

According to the bank, the Tier 2 issuance is the first to have a Basel III-compliant 10NCS structure outside of South Africa in 144A/RegS format and will be listed on the main market of the London Stock Exchange. The bond, which matures in June 2031, has a call option in June 2026 and was issued with a coupon of 8.75 percent with interest payable semi-annually in arrears.

The lender said an equivalent amount of the net proceeds from the notes will be used by ETI to finance or re-finance, new or existing eligible assets as described in ETI’s Sustainable Finance Framework, available at https://ecobank.com/group/sustainability-financeframework on which DNV has issued a Second Party Opinion.

Speaking on the issuance, Ade Ayeyemi, Group Chief Executive Officer of ETI, stated: “This is a landmark issue for Ecobank, and indeed the success of this first Sustainable Tier 2 issuance is testament to our clear strategy, solid positioning across the pan-African banking space as well as our deliberate and long term focus on sustainable initiatives. We are particularly pleased with the diverse orderbook which reflects the confidence investors have in Ecobank to deliver on our commitment to sustainable financing.”

Investor interest for this Sophomore Eurobond issue was global, including United Kingdom, United States, Europe, the Middle East, Asia and Africa, achieving a 3.6x oversubscribed orderbook, of over US$1.3 billion at its peak.

The transaction was anchored at the start by Nederlandse Financierings-Maatschappij voor Ontwikkelingslanden N.V. (“FMO”), a Dutch development bank, with a committed US$50 million order. The notes saw significant demand from asset managers from Europe on opening (including the UK) demonstrated by a number of large tickets.

Overall, investor interest was global including accounts from the United States, the Middle East, Africa and Asia.

The Pension Transitional Arrangement Directorate (PTAD) has officially begun the planned placement of pensioners who have enjoyed excess payment of monthly pension to their accurate pension.

As part of its efforts to sanitize and ensure a corrupt free administration and management of pensions in Nigeria, the Pension Transitional Arrangement Directorate (PTAD) has officially begun the planned placement of pensioners who have enjoyed excess payment of monthly pension to their accurate pension.

This was disclosed in a statement signed by the Head, Corporate Communications of PTAD, Olubenga Ajayi.

According to the statement, the decision was made in response to the results of the expanded computation project and the re-validation of pensioner’s career documents, both of which were started by the Directorate in 2020 for the Civil Service Pension Department.

The statement read: “Based on the payroll inherited by PTAD, a total of 14,836 retirees were receiving monthly pensions in excess.

“According to the meeting that was held in June 2022, by the Executive Secretary of PTAD, Dr. Chioma Ejikeme, and the management team of PTAD held a meeting with the Executive members of the Nigeria Union of Pensioners(NUP) and the Federal Civil Service Pensioners Branch (FCSPB) to inform the Unions of the Directorate’s plan to properly place pensioners in the Civil Service Pension Department (CSPD) who were being overpaid on their accurate monthly pension.

“At the conclusion of the meeting, the parties agreed that the affected pensioners would be contacted and informed of the Directorate’s plan to properly place them on the correct monthly pension beginning in the month of July 2022, while the modalities to recover the over payment would be worked out in due course. Since then, letters have been delivered to the impacted pensioners”.

Meanwhile, so far, 14,825 pensioners’ monthly payments have been changed to reflect their correct computed monthly pensions.