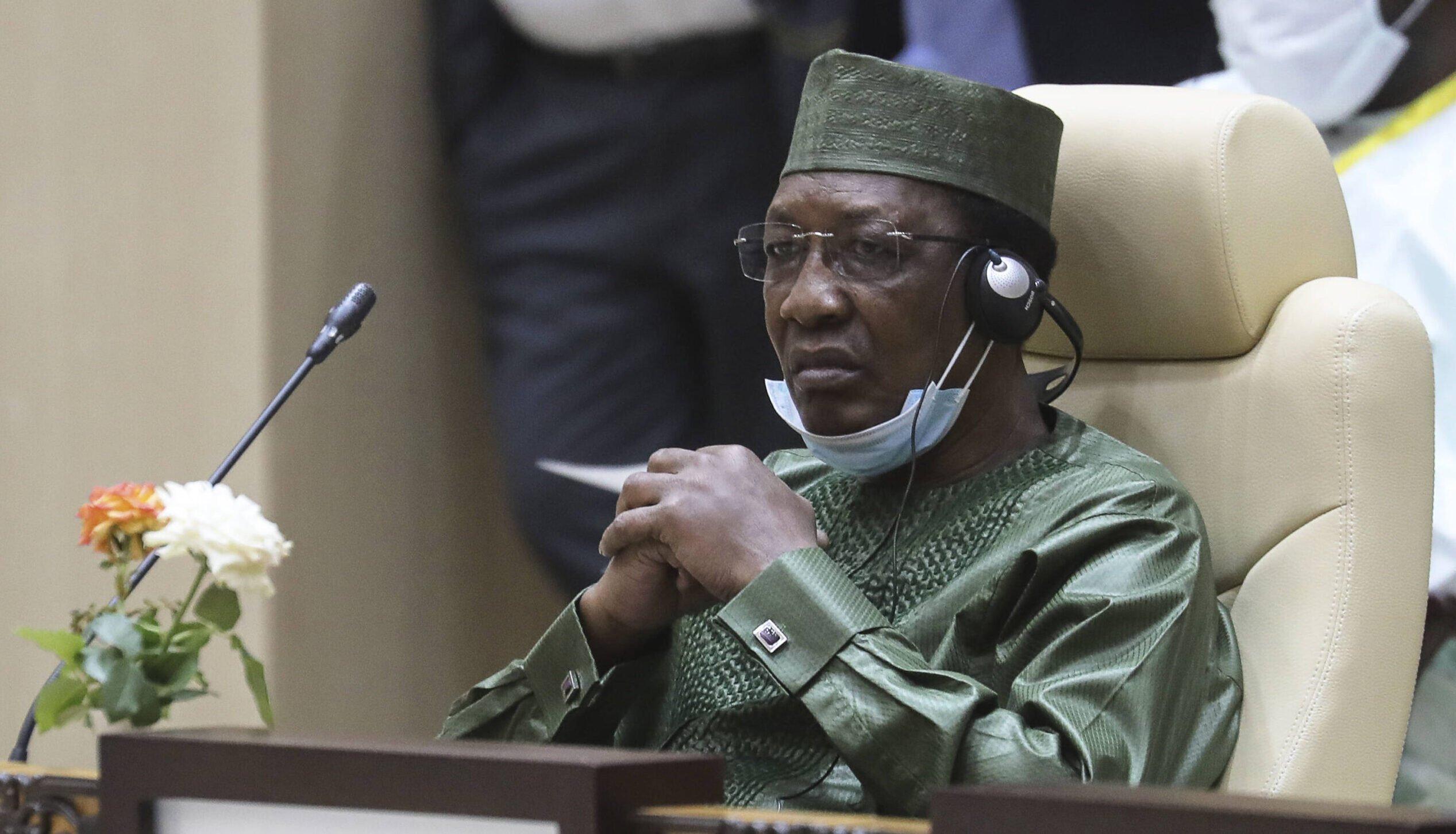 Idriss Déby, who ruled with an iron fist for three decades and had just secured his sixth term in office, was considered by the West a linchpin in the fight against Islamist extremism in central Africa.

President Idriss Déby of Chad died of wounds sustained in clashes between insurgents and government soldiers, the country’s armed forces said on Tuesday, one day after he had claimed victory in his re-election campaign.

According to the New York Times, It was reported that a spokesman appeared on state television to inform the nation that Mr. Déby, who became feared by his own people over three decades of iron-fisted rule in Chad, was dead.

Mr. Déby had enjoyed the support of France and the United States because his military forces were seen as key to battling Islamist extremism in the central Sahel region. His contribution to the fight against groups like Boko Haram in neighboring Nigeria was viewed as critical in the broader effort to combat terrorism. He, therefore, received robust Western support despite accusations of human rights violations and crackdowns on the opposition during his rule.

There were many questions surrounding Mr. Déby’s death, including how exactly he was killed and what he was doing visiting an area where conflict was raging, if indeed he was.

The late president’s son, Mahamat Idriss Déby, will take over as the head of a new transitional military council that will rule for 18 months before new elections are held, the spokesman said. The government and national assembly were suspended, borders closed and a two-week mourning period announced.

The news was relayed to the country by a man who was identified as a spokesman for a transitional military council, Gen. Azem Bermandoa.

“​The president of the republic, head of state, supreme chief of the army, Idriss Déby Itno, just drew his last breath while defending the nation’s integrity on the battlefield,” the spokesman, surrounded by soldiers and wearing a red beret and army fatigues, said in the broadcast.

On the same day as the presidential election, April 11, rebels crossed the northern border from Libya. Mr. Déby, 68, had been on the front lines in the north of the central African country, directing the fight against the rebel incursion, according to his campaign director, Mahamat Zen Bada.

Those rebels, from a group called the Front for Change and Concord in Chad, moved southward in several columns and claimed to have “liberated” a province of the country last week.

They reportedly beat a retreat to the north on Monday night, after reports of heavy losses on both rebel and government sides. But for the roughly 1.5 million residents of Ndjamena, the capital, solid information was hard to come by, with rumors spreading furiously.

Late into the night, gunshots rang out across the capital, though it was unclear why. Some residents theorized that the military had been celebrating victory after the rebels had fallen back.

Mr. Déby had been scheduled to give a victory speech on Monday to celebrate winning his sixth term in office, but his campaign director said that he had instead visited Chadian soldiers battling insurgents advancing on Ndjamena.

“The candidate would have liked to have been here to celebrate,” Mr. Zen Bada, the campaign director, had said, according to local news reports. “But right now, he is alongside our valiant defense and security forces to fight the terrorists threatening our territory.”

Over the three decades, since Mr. Déby seized power, he faced a number of challenges to his rule. Rebels reached the capital in 2006 and 2008. The president’s forces fought them off, with the “discreet” support of France, according to academics focused on Chad.

But in 2019, when Chad asked the French force in the Sahel for help in dealing with another incursion, Paris was less discreet about the support and obliged by launching a series of airstrikes on the rebels.

Mr. Déby was re-elected largely on the promise of restoring peace and security to a country gripped by years of violence instigated by insurgent groups. Tensions rose in the days before the latest elections, but officials had urged calm.

On Monday, security forces and armored vehicles were posted to Ndjamena’s streets, prompting residents of the capital to fill up their tanks with gas, pick up their children early from school and hunker down at home. Chad’s communications minister had called for calm and wrote on Twitter on Monday that the presence of the security personnel had been “misinterpreted.”

Africanews, Part of the Euronews Group, Celebrates its Fifth Anniversary

Nigerian-French singer, Asa, has sued Joeboy on charges of copyright infringement. She is demanding a 60% publishing split for using her beat in his recently released single “Contour”. 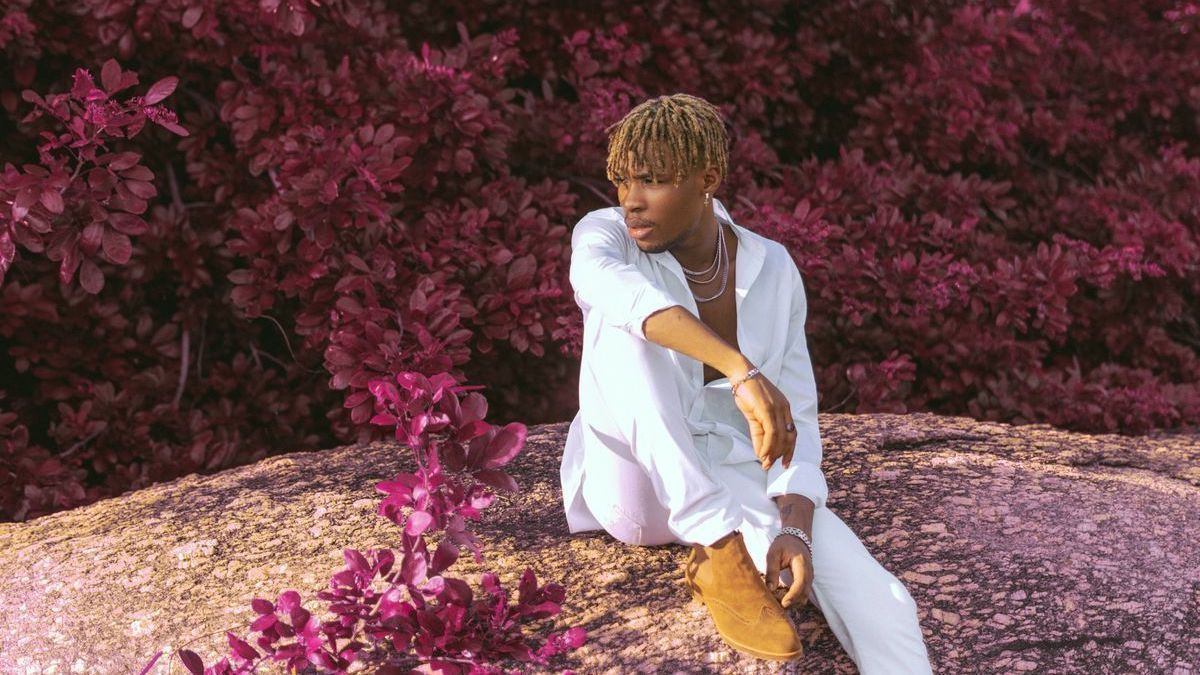 Nigerian-French singer, Bukola Elemide, popularly known as Asa, has sued Joeboy on charges of copyright infringement. She is demanding a 60% publishing split for using her beat in his recently released single “Contour”.

According to the details of the notice dated 30th September, Asa accused Joeboy of sampling one of her beats, Composition, created by Alageu Michael Chidozie (P.K.A Tempoe) on September 22, 2020.

The legal counsel of the veteran singer has required Joeboy to take down the song from all digital streaming platforms within 24 hours, adding that Joeboy should compensate Asa with a payment of N300 million and a written apology.

The notice reads, in part, “It has been brought to our attention that your newly released song, Contour (the “Song”), infringes on the copyright of our Client, as recorded/captured in a musical composition (the “Composition”) which she created in a recording session, which took place on 22 September 2020, with the producer of the Song, Alageu Michael Chidozie (p.k.a Tempoe) in attendance.

“We hereby demand that you immediately remove the Song from all DSPs and any other platforms within twenty-four (24) hours of your receipt of this letter, with a written apology issued to our Client as well as halt any additional infringements of our Composition, including any other infringements.

“We also demand that the sum of N300,000,000 (Three Hundred Million Naira) as well as a 60% (sixty percent) publishing split on the Song be assigned to our Client.”

Joeboy, who seems to have found the whole charge ludicrous, took to his Instagram story to express his anger. The musician who felt disrespected by the whole notice claimed Asa wanted to exploit him because of his seemingly calm nature.

He said, “Cos I Dey always do love and light you think sey I be soft meat.”

A few hours after his first tweet, the obviously angry musician, tweeted again, calling on Asa to take him to court as the notice (24 hours) he was given had elapsed.

Veteran singer Asa is a pop indie and Afrobeat singer, who’s famous for her hit tracks like Bibanke, Jailer and Fire on the mountain amongst many others.

Asa is highly regarded as a music legend amongst the millennials and a few of the Gen Z whose music taste resonates with her genres of music.

Npower: How to Check and Print Deployment Letter For Npower Batch C, Stream 2

It should be noted that the Npower deployment phase is the last phase for Batch C, Stream 2 beneficiaries. Successful applications are to download their deployment letter and take it to their Primary Place of Assignment (PPA).

NASIM has announced that one million beneficiaries from Batch C, Stream 1 and 2 will be deployed to various PPAs.

National Social Investment Management System (NASIMS) is the management body for Npower and other social intervention programmes of the Federal Government.

How To Check Your Deployment Status

Stage One: Successful applicants are advised to log in to Npower deployment portal www.nasims.gov.ng/deployment.

Stage Two: You are to provide your email and password at the necessary fields.

Stage Three: You are to log in to your NASIM dashboard using your password and email address.

Stage Four: Once your Npower NASIMS Dashboard is open, navigate to the “Deployment” tab and click on it.

Stage Five: Your deployment status will thereafter be displayed on your screen.

Stage Six: If you have been deployed, you will have to download your deployment letter and submit it to your PPA.

Applicants who have not been deployed can also check back when there is a new update.

Meanwhile, in some cases, successful applicants might be asked to upload some documents on the nasim portal. Failure to do some might lead to the fortification of the offer.

Npower was established in 2016 to address the issue of youth unemployment in Nigeria and help to create social development. It was created as part of the National Social Investment Program for unemployed graduates and non-graduates between 18-35.