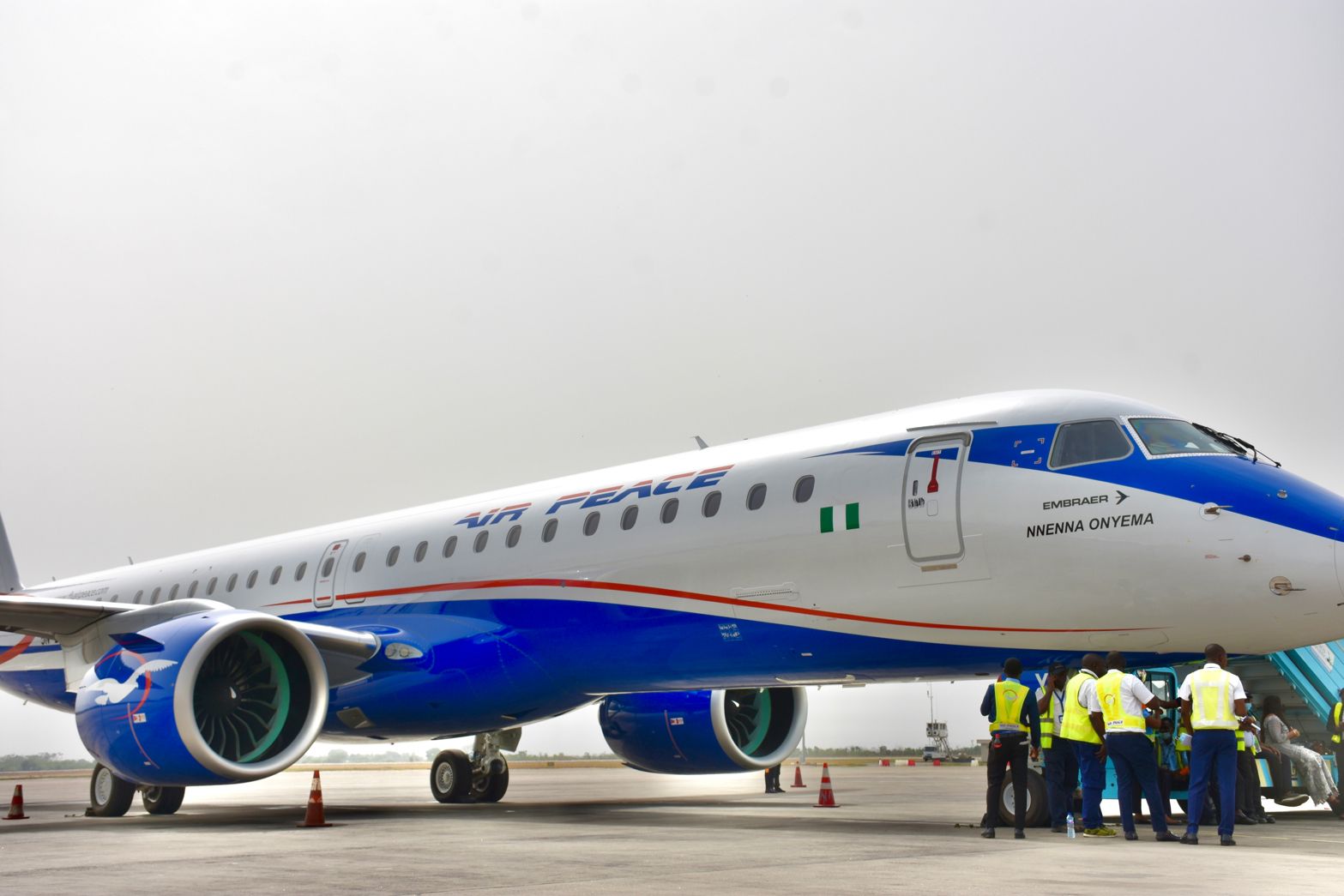 In order to ensure sufficient flights to meet the travel needs of Nigerians during this Easter season, Air Peace has deployed one of its wide-body Boeing 777 aircraft to service the Enugu route.

The airline has also increased flight frequencies to Owerri and Asaba.

Spokesperson of the airline, Stanley Olisa, made this known, saying that the jumbo, extra-comfy aircraft has been specifically deployed to operate the Lagos-Enugu-Lagos and Abuja-Enugu-Abuja routes.

He added that customers would have international flight experience on domestic routes while flying the state-of-the-art B777 aircraft with enhanced comfort, style and luxury.

He urged the flying public to keep choosing Air Peace as the airline’s commitment to providing peaceful and best-in-class connectivity is unwavering. 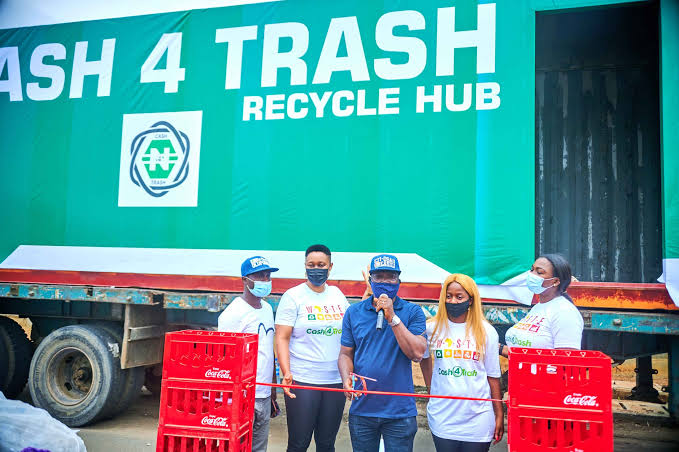 Coca-Cola Nigeria recently launched its “Cash 4 Trash” initiative in Lagos in partnership with Initiative for the Advancement of Waste Management in Africa (W.A.S.T.E Africa) and Mental and Environmental Development Initiative for Children (MEDIC) to formally kick-off operations on Friday, April 9th, 2021 at the Badore Jetty, Lagos.

This development follows the official launch ceremony which was held in August 2020 where The Coca-Cola Foundation, the philanthropic arm of The Coca-Cola Company, partnered with W.A.S.T.E AFRICA to launch its novel “Cash 4 trash” initiative in 5 communities across Abuja, FCT. This bold initiative is targeted at promoting a waste-free world through waste recovery, recycling, and economic development.

In her opening remarks, Director of Public Affairs, Communications & Sustainability, Coca‑Cola Nigeria, Nwamaka Onyemelukwe said, “A greener environment remains a priority area for Coca-Cola as evidenced by the numerous initiatives launched and supported by The Coca-Cola Foundation. The Cash 4 Trash initiative presents an opportunity for us to ensure a reduced carbon footprint across Nigeria and an improved attitude towards waste management”.

“Cash 4 Trash is an initiative that not only ensures our streets are clean, but also provides monetary rewards to individuals. The incentivised nature of the project will ensure buy-in from all stakeholders and reconcile the best interests of all parties involved”, she added.

Also, speaking at the event, the Founder of MEDIC, Doyinsola Ogunye remarked, “It is a pleasure working with The Coca-Cola Foundation and W.A.S.T.E Africa to directly impact the lives of women and youths. We believe that with this initiative, even young children will imbibe the culture of waste management within the community. With the Cash 4 Trash Initiative, the whole community has a role to play in ensuring the economic and environmental wellbeing of the society”.

Cash 4 Trash is a recycling scheme designed to empower communities while ensuring cleaner environments. This initiative will also be executed by leveraging cutting edge technology using the Pakam app, through which recyclers will request pick-up of plastic waste collected. With the continuous funding of recycling initiatives in Nigeria and smart waste collection, Coca-Cola continues to work towards its goal of building a World Without Waste.

Since its launch in 1984, The Coca-Cola Foundation’s donations to sustain local communities around the world has reached $1 billion. The Foundation offers community support programs that have led to the improvement of the quality of life of people and communities across the world. 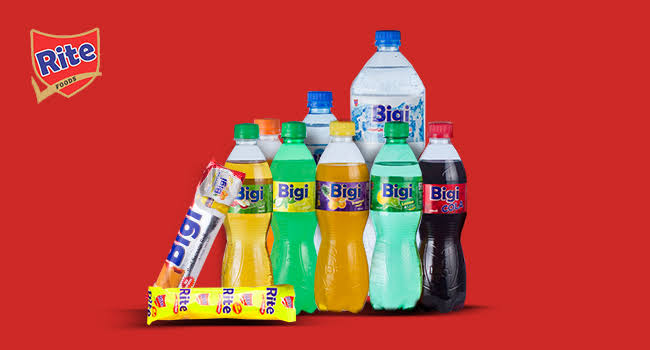 Rite Foods Limited has affirmed that it produces under high ethical standards and hygienic conditions in line with global standards.

He said the company is also gaining market share in the soft drinks and energy drinks’ segment of the beverage industry.

Adegunwa spoke during the Brand Academy organised for reporters in Ogun State by the company.

He said the company has a rich heritage of quality, having started production in 2012.

He said Rites Food is an institution that believes in hard work and dedication, adding that the company still has the potential for growth as it though the company has 20 percent of its plans earmarked for the future.

She said the factory, which began operation in 2012, is another community, with world-class equipment responsible for the production of sausage and beverage drinks.

The reporters were taken on a factory tour by the Production Manager, Mr. Michael Ibikunle, which started at the state-of-the-art bakery that produces 27,000 sausages per hour and also the beverage factory which produces 37,800 bottles per hour. The tour rounded off at the energy section, which consisted of gas generators, and one mega watt solar.

According to her, the Bigi premium table water is produced with global best practices in purification for hydration, freshness, and healthy living.

She said the company has highly nutritious brands that included the Rite Sausage and Bigi soft drink variants, introduced into the market in 2008 and the Fearless Energy Drinks in 2017.

“Since then, the brands have set the pace for others to follow, as the most preferred products by families nationwide, as well as addressing the market need of young pupils in schools,” Adedugbe said.

She said it was the company policy to comply with regulatory bodies such as the National Agency for Food, Drug Administration and Control (NAFDAC), Standards Organisation of Nigeria (SON) and other national and international standards.

“So, anything you see us producing is because somebody has made an order for it, if they don’t make order, we don’t produce because no customer will buy a product that’s not fresh, everybody wants to buy a product that’s fresh, some of the products are traveling far places like Onitsha and Port Harcourt, among others.

“It’s important that customers are getting it fresh and also the customer needs to get it the same day because if it’s getting late people may not want to buy it, they are losing before it get to the distributor, before it gets to the retailer in just within ten days, it has to be fresh so that the person buying it would buy it fresh as the first day it was produced.

“That’s to imply that we produce only when a customer makes an order, it has to be fresh, because some are going to majorly South-East, South-West, and South-South because we can’t go to the North for now because of the distance, it takes days to get to the northern parts of the country,” Adedugbe said.

On transportation, she said the company has three models of transportation but blended the three models into one loading bay. She said the palletized was for those who actually want it, for the Eastern part of the country they dwell more on the containerized body, while the Northern part prefer using their vehicles, so irrespective of tribe, race and region, the company is ready to give what customers want.

As consumers in Asia are including more dairy alternatives in their diet, Nestlé is launching plant-based versions of some of its most-loved brands in the region.

That now includes a new plant-based version of Milo, the world’s leading chocolate malt beverage that is enjoyed in many Asian countries.

It will be launched in Asia, starting first in Malaysia, a country with generations of Milo fans going back 70 years to its launch there in 1950. Nestlé Malaysia will also be introducing a range of plant-based Nescafé lattes. Both will appear on shelves this April.

People are deeply passionate about their Milo, so the development teams worked hard to deliver the ionic Milo taste while using only plant-based ingredients.

This new version replaces the milk in the original recipe with almond and soy, but the other two core ingredients – malt and cocoa – remain the same.

Each bottle offers 6.5 grams of protein and is also low in sugar, with a combination of vitamins and minerals to support effective energy release.

It follows the launch of a plant-based Milo powder in Australia in 2020, a launch that created huge excitement in the country where Milo was first introduced in 1934.

Mayank Trivedi, Head of the Dairy Strategic Business Unit at Nestlé, said: “Milo is an iconic brand in Malaysia and across Asia, and much-loved across generations. We want to provide consumers with on-trend alternatives in formats they want. That’s why we’re delighted to launch Milo Dairy Free to support people’s lifestyle choices.”

Nestlé is a pioneer in innovate plant-based coffee mixes, and Nestlé Malaysia is now introducing a plant-based version of another iconic brand – Nescafé oat and almond lattes.

Plant-based coffee mixes are a popular and growing category. Nestlé has already launched them cross a number of countries in Europe, Latin America and Oceania, and most recently launched a range of plant-based Nescafé and Starbucks lattes in Japan.

Using its expertise in dairy products and plant-based proteins, Nestlé is focused on developing a wide variety of dairy alternatives that complement the everyday diet of people. This includes products made from pea, rice, oat, soy, coconut and almonds.

“We’re expanding our offerings across Asia by developing a variety of great-tasting, nutritious and sustainable plant-based products.” says Guglielmo Bonora, Head of Nestlé’s R&D Center in Singapore. “We want to make it easier for people to embrace plant-based alternatives in their diet, while also reducing our carbon footprint across the supply chain.”

According to a recent survey by GlobalData, over 40% of consumers in the Asia region are shifting to more plant-based diets, with 11% opting for vegetarian and vegan food, and a third moving to a ‘flexitarian’ diet that is lighter on meat and dairy products.

The need for plant-based dairy alternatives that taste great and offer strong nutritionals is rising, as more families are following this trend. In particular, many consumers cite environmental reasons, as plant-based proteins are produced with significantly lower emissions, land- and water usage.