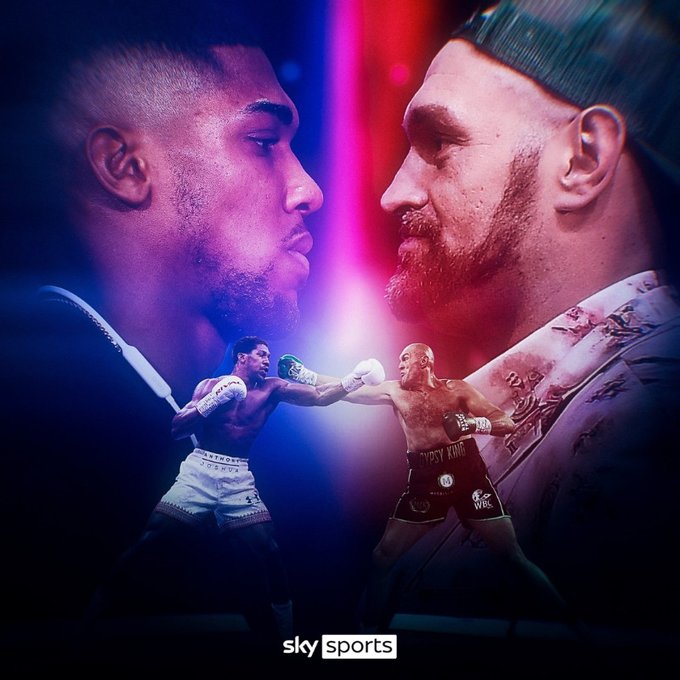 Anthony Joshua, 31, rose from adversity after losing to Andy Ruiz in his American debut to reclaim his four belts in Saudi Arabia.

The two-time heavyweight champion of the world has won 24 fights with 22 of those coming by way of knockout and one loss to Andy Ruiz, the Mexican American that shocked the world.

Joshua returned to the ring in December to face Kubrat Pulev, a Bulgarian champion with just one loss. Anthony Joshua walked through Pulev with a 9 round knockout to secure his place in the now signed undisputed championship fight against Tyson Fury.

Tyson Fury, a British heavyweight champion who has never lost despite his mental health issue, shocked the world when he fought dangerous American heavyweight boxer, Deontay Wilder, to a draw after almost three years out of the ring.

While the world waits for the announcement of the location of the fight, Anthony Joshua’s promoter, Eddie Hearn, has said the fight is likely to take place in the middle east, Saudi Arabia, Singapore, or the US in Las Vegas given the bids that were flowing in.

He added that it was unlikely that the fight would hold in the United Kingdom because of the COVID-19 lockdown.

“We’d like to get a site deal confirmed in the next month,” Eddie Hearn told ESPN. “The hard part is always getting everybody to put pen to paper. But this was a major effort from all parties to get this over the line. You had rival promoters, rival networks and rival fighters.”