Jeff Bezos’ net worth stood at $191 billion despite declining by $884 million this year so far. While Musk’s net worth declined by $4.58 billion in the last 24 hours after experts said Tesla’s stock could plunge to as low as $100 per share in 2021.

Elon Musk’s net worth stood at $190 billion as at the close of business on Wednesday even though he has gained $20.5 billion this year alone. 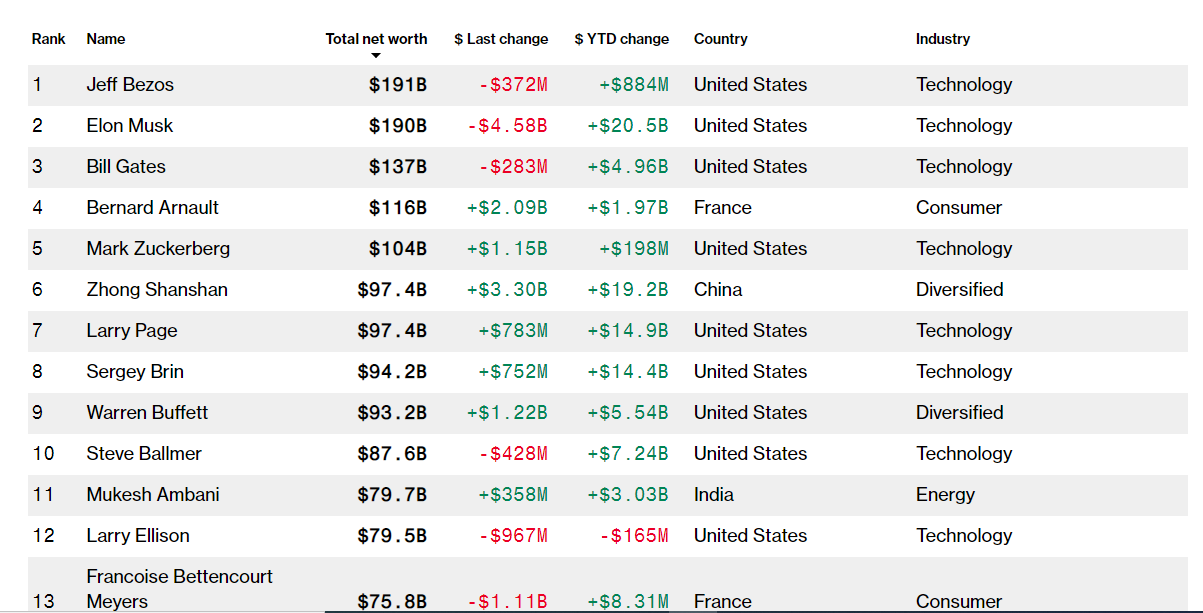 Michael Burry, a big short investor, that has criticised the craziness of stocks like Tesla, GameStop and even Bitcoin in recent weeks had taken to his Twitter account to dismiss general consensus among what seems like a cult following behind Tesla bullish run that any plunge in Tesla stock price below $100 per share could crash the system.

He said “$TSLA below $100/share by later this year will not crash the system. There is no reflexivity in such a fall,” he continued, dismissing the risk of a positive feedback loop where investors lose confidence and hoard their money, hurting the economy and scaring investors even more.

The comments echo his recent criticism of speculative betting on Tesla, bitcoin, and GameStop, and his warning of “dangerous” bubbles in markets last week.

Burry, like other global experts, has criticised and described Tesla as an overpriced stock that could result in a huge bubble.

Goldman Sachs Pick Stocks of Shell, BP and Other European Integrated Majors to Rally by 50% in 2021

Investors that invested in the Nigerian Exchange Limited (NGX) gained N25 billion on Wednesday as more stocks closed in the green.

According to a statement signed by Sunday Ekwochi, the bank’s secretary and seen by Investors King the fund will help enhance the capacity of the Bank to support its general banking process and provide medium term funding for the lender.

The Senior Eurobond is a 5-year unsecured note (144A/RegS) is listed on London Stock Exchange and it will mature in September 2026 with a yield and coupon rate of 6.12 percent. The interest is payable semi-annually in arrears.

Speaking on the success of the Eurobond, Herbert Wigwe, Group Managing Director, said: “At Access Bank we remain committed to our vision to become the World’s Most Respected African Bank and Africa’s Gateway to the World. The success of our USS500 milion Senior Unsecured Eurobond is yet another stride towards the realisation of that vision and underscores our investors confidence in the Access Bank story. We are pleased with the diversity of the order book and the success of this issuance further strengthens our resolve to deliver on our strategic objectives”.

The Nigerian Exchange Limited (NGX) rebounded slightly from bearish trends on Tuesday as investors gained N2 billion after weeks of trading in the red.