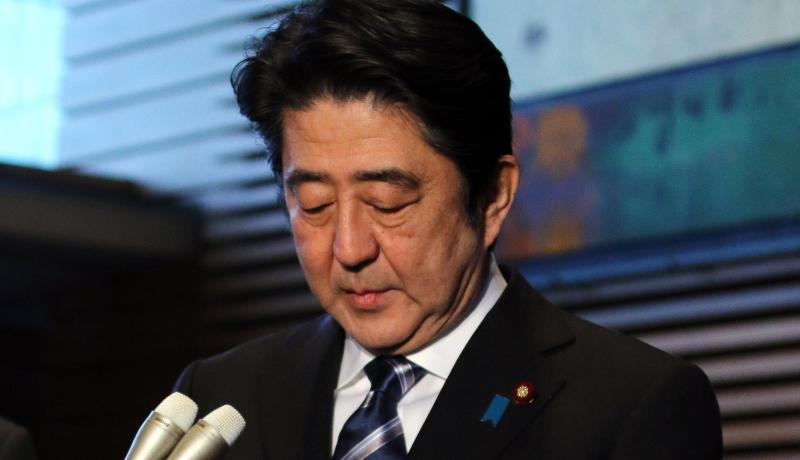 Abe, 65, became Japan’s prime minister in 2012 and immediately introduced what is now known as Abenomics’ economic policy structured based on monetary easing, fiscal stimulus through government spending and structural reforms.

In April 2013, using Abenomics (conned from Abe and Economics), Bank of Japan announced ¥60 to ¥70 trillion yearly bond-buying program to ease economic hardship and stimulate growth from within. This led to 55 percent increase in the value of the Japanese stock market just a month after BoJ introduced Quantitative Easing (QE).

The central bank increased its quantitative easing to ¥80 trillion in 2014 as survey results showed 74 percent of Japanese praised the prime minister for putting an end to Japan’s prolonged recession.

On Friday, Abe said he stepped down because he did not want his illness to get in the way of critical decision and apologised to the Japanese people for failing to complete his term in the office.

He said “I made a judgement I should not continue my job as a prime minister.”

“I would like to sincerely apologise to the people of Japan for leaving my post with one year left in my term of office, and amid the coronavirus woes, while various policies are still in the process of being implemented.”

While it is unclear when the Prime Minister would formally resign, the Nikkei declined by 2.25 percent on Friday before closing 1.41 percent lower at 22,882.65 as investors fear Abe’s resignation might bring an end to Japan’s stable economy.

“The Nikkei will likely head to around 21,000, a level where its price-to-book ratio will be 1.0,” said Takatoshi Itoshima, a strategist at Pictet Asset Management.

“Japanese stocks tend to do well under a long, stable government and that was especially the case for Abe. Foreign investors may also worry what will happen to the relationship between the government and the Bank of Japan.”