AXA Mansard Insurance Company entered into a partnership with WESTERN UNION to provide life and disability insurance solutions to migrant workers –who send money through the Western Union platform.

Recently, an initial pilot test was launched in France with AXA partners called ”Transfer Protect”, which offers sign up option for Life and Disability Insurance solution to western union users.

The partnership will give peace of mind to the migrant knowing their family members or loved ones will receive a payment in case of any unfortunate life or disability event happens.

According to the Chief Executive Officer of AXA, Thomas Buberl, he said: “Our customers around the world trust Western Union with their most important and complex money transfers. They also want other value-add services to sustain their financial well-being and long-term financial goals.

“Providing value to the global populations we serve is a key focus for our global strategy. This new partnership will provide a new way for us to facilitate value added products and services to the millions of immigrants and dual-belongers.

AXA Mansard is a member of the AXA Group, the worldwide leader in insurance and asset management with 166,000 employees serving 107 million clients in 64 countries.

AXA Mansard Insurance plc is rated B+ by A.M. Best (2016) for Financial Strength. The Company is also certified ISO 9001:2008 compliant by the Standard Organisation of Nigeria (SON) for quality management systems.

The Western Union Company is an American worldwide financial services (sending and receiving money) and communications company. Its headquarters is in Denver, Colorado. Until it discontinued the service in 2006, Western Union was the leading American company in the business of transmitting telegrams. 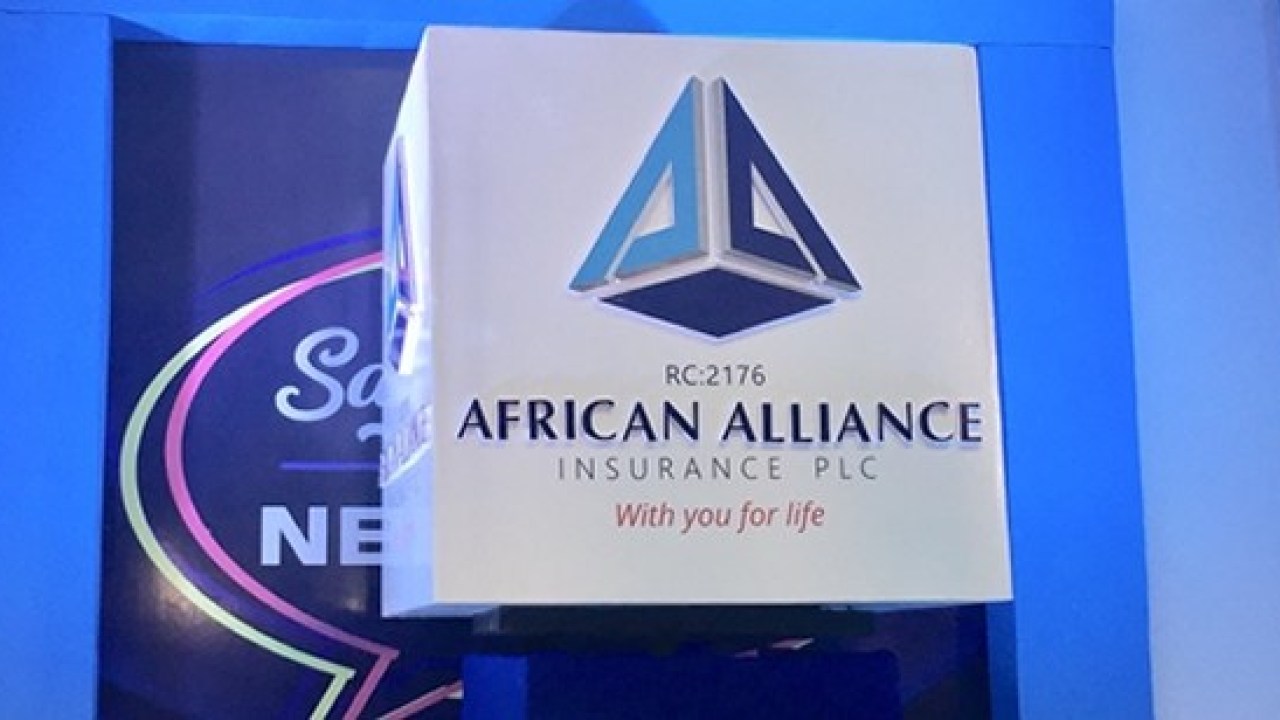 African Alliance Insurance Plc on Monday announced it will not be filing the company’s unaudited financial statements for the period ended 30th June 2021 before the regulatory due date of 30th July 2021.

This was contained in a statement signed by Anthonia Udeh, Company Secretary.

The company attributed the delay to its failure to file its audited financial statements for the period ended 31st December 2020, a prerequisite for filing Q2, 2021.

It would be recalled that Investors King had reported that the Nigerian Exchange Limited had suspended the trading license of African Alliance Insurance Plc and three other companies on Friday 2, July 2021 for failing to file their financial reports.

However, African Alliance Insurance Plc has now submitted the 2020 Audited Financial Statements to its primary regulator, National Insurance Commission (NAICOM) for approval, according to the company.

To prevent another suspension, the company, therefore, stated that it has obtained approval from the Nigerian Exchange Limited for an extension until 29 September 2021 to Submit the unaudited financial statements for the second quarter of 2021.

The statement reads “African Alliance Insurance Plc (the Company) regrets to notify its esteemed shareholders and other stakeholders that the Company’s Unaudited Financial Statements (UFS) for the period ended 30th June 2021 (2021 Q2 UFS) will not be filed before the regulatory due date of 30th July 2021.

“This delay is occasioned by the fact that the Company is yet to file its Audited Financial Statement (AFS) for the period ended 31st December 2020 which is a prerequisite for filing the 2020 Q2, UFS.

“However, the 2020 AFS has been submitted to its primary regulator, National Insurance Commission (NAICOM) for approval and the Company is awaiting the Commission’s nod.

“The Company has sought and obtained approval of the Nigerian Exchange Limited (NGX or the Exchange) extension of time up to 29 September 2021 to submit the 2021 Q2 UFS.

“We wish to reassure you that the Company is working assiduously towards submitting its Q2, 2021 Unaudited Financial Statements (UFS) within the period extended by the Exchange.”

Thus the commission plans to work with Small and Medium Enterprises (SME) cohorts across geo-political zones.

Besides, the commission aims to build trust among the insured leading to more referrals; build confidence in the sector by reducing incidences of fake insurance and implementing penalty for nonpayment of claims; and work with digital companies with access to data and information for wider reach and impact.

NAICOM Commissioner for Insurance, Mr Sunday Olorunda Thomas in an interview with repoters said the commission launched Market Development and Restructuring Initiative (MDRI) in 2009 as a vehicle to, among others, drive the enforcement of compulsory insurances, reduce incidences of fake insurance and in the process grow the industry.

He stated the commission’s strategic focus is on compulsory insurances, government assets, microinsurance and takaful insurance.

He said: “Target market however is Government, Micro-, Small and Medium-sized Enterprises (MSMEs) and Millennials and Gen Z, which make up 60 per cent of our population.

“To increase awareness and education, we will also launch a joint implementation task force with police, FS, FRSC, Ministry of Justice, Mobile Courts, Ministries, Department and Agencies (MDAs) at all levels, among others. We will hold insurance stakeholder’s forum/town hall meetings, launch the Insurance Industry Thought Leadership Series on Testimonials and Endorsements, among others.”

He said: “We know that the driver of the economy is the people at the lower level of the pyramid and therefore we are taking financial inclusion policy very seriously. While it is now a national policy, the insurance sector is far behind but we are doing a lot of catch up. To this effect, two Takaful companies have been licensed in addition to the existing ones. We have four micro insurance company that has also been licensed and two are on the verge of being licensed. We believe that if we are able to properly take care of the supply side, the demand aspect of it is will run smoothly. Similarly, the traditional method of distributing insurance has become inadequate to take care of the speed we want to gain and the people who want to reach and so we must begin to develop other channels of distribution. There are few of them that have been developed and waiting for final touches here and there for them to be released.

“We are conscious of the fact that the sector is a knowledge-based sector and therefore human capacity to drive this initiative is critical. The development in the actuarial profession has been on the drawing board for years. The first sets of those who will write the actuarial exam will qualify as certified actuarial analyst. The exam was held last week and I was made to understand that in the next six weeks or so, they will hear the results. We have made a pledge to see the possibility of having about 100 of them in the next four years. It’s a target and we see how far we can go. We believe that we need actuarial analyst to stand in the gap pending the time that we will have sufficient number of actuaries for the market.

“I want to say that we are also conscious that technology drives business. We have started with ourselves at the commission and our automation plans have commenced. We want to see how far we can run within the commission. The plan by the commission to have a portal started about now nine to 10 years ago and until last year, nothing was happening. But we picked it up last year and the first phase of the portal has been successfully completed. On the strategic plan of the commission, the last one ended in 2020. So, we have picked it up from 2021 to 2023. We are following and pursuing it. We believe that with what we have in the plan, we should be able to make a difference in the market.

Thomas, however, noted that the enforcement of compulsory insurances was also on. ‘’Last week, we played host to the Corp Marshal of the Federal Road Safety Corps. About a month ago, we were with the FCT minister and two weeks ago, the Minister of Road Transport, Mrs. Gbemisola Saraki was with us in the commission. We have been trying to engage across the country. We visited the Governor of Ekiti State and we were to visit the Governor of Enugu State but for the prevailing security issues that happened there recently.

“The fire service management was in our office two weeks ago. This is some of the engagements that we have been having because we are determined to make a difference. We want to encourage our operators to increase their budgets in publicity. We are too far behind because not much of insurance is known. The regulator will do its bit but the operators must cooperate with us for all of us to be on the same page,” he added. 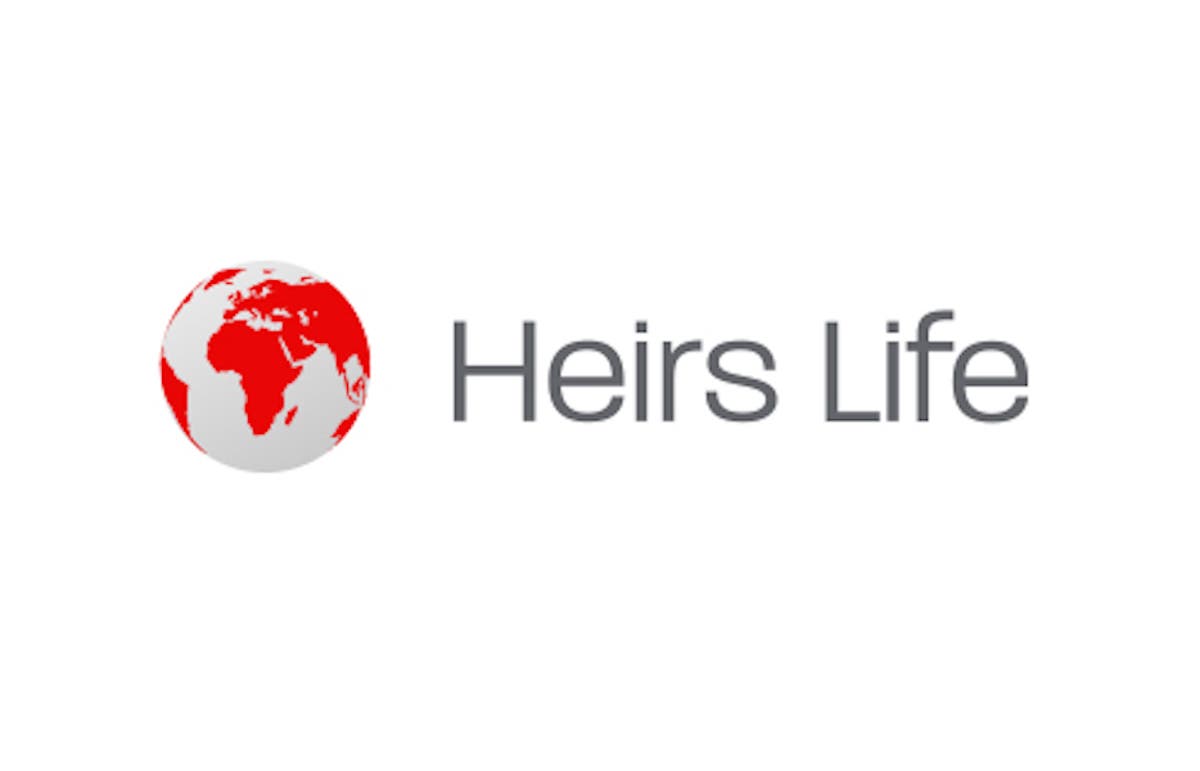 The event, which is scheduled to hold on Tuesday, July 6, 2021, in Lagos will have the leadership of both companies meet with brokers from across the country to further solidify existing relationships and discuss ways to improve the industry.

According to the MD/CEO, Heirs Life Assurance, Niyi Onifade, this gesture will enable the companies to achieve the goal of providing customers with insurance that is simple, quick, accessible, and reliable. He stressed the importance of strengthening such relationships for the improvement and practice of insurance in the country to meet the needs of 21st-century customer.

Dr. Adaobi Nwakuche, Ag. MD/CEO, Heirs Insurance described the opportunity as timely and with great potential. According to her, brokers are key stakeholders and hosting the brokers’ forum provides both companies an opportunity to discuss matters pertinent to the advancement of the industry.

Launched in June, Heirs Insurance, the general insurer, with the mandate to protect people’s properties and specialist life insurance company, Heirs Life, with a vision to provide financial security and life insurance plans for people, leverage digital to provide simple, quick, reliable, and accessible insurance to individuals and businesses. ​

With a paid-up share capital of N10billion and N8billion respectively, HIL and HLA commenced full operations with a workforce of astute and experienced professionals, and a robust financial capacity to underwrite all classes of general and life insurance businesses. The companies are backed by top-notch Reinsurers to provide second-layer security for clients’ insurance portfolios.​Both companies are subsidiaries of Heirs Holdings, a pan-African investment group with a presence across 3 continents and 20 African countries.