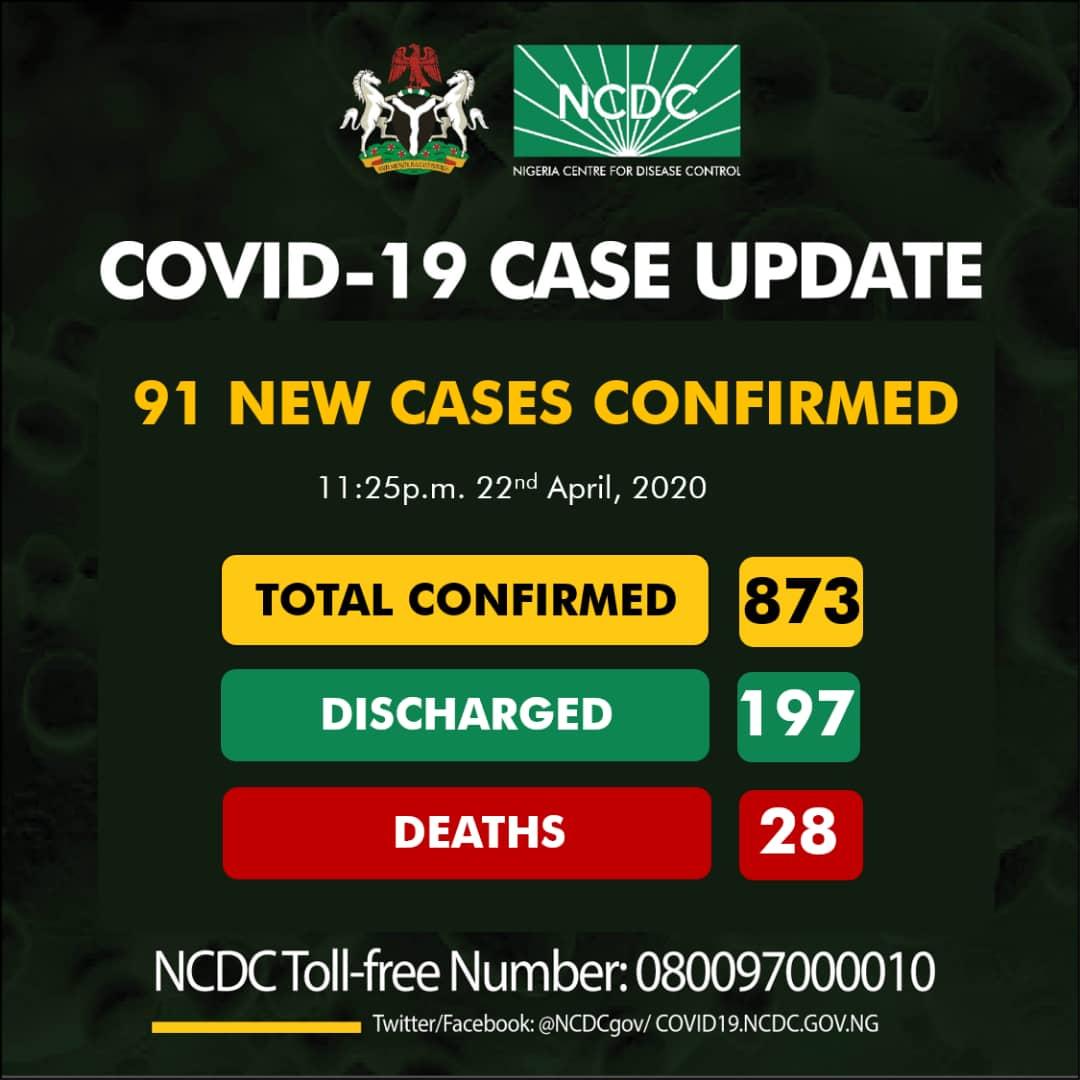 More people are testing positive for COVID-19 in Nigeria, Africa’s most populous nation, according to a recent report from the NCDC.

The Nigeria Centre for Disease Control (NCDC) on Wednesday said 91 new cases of COVID-19 were confirmed in the country.

The rising number of confirmed cases despite measures to checkmate spread is likely to compel the Federal Government to extend the ongoing lockdown by an additional two weeks or even more.

The World Bank has said costs of lockdown, health systems and weak revenue generation due to COVID-19 will impact emerging economies and low-income nations more even though the virus infected fewer people in those economies.

This the bank attributed to the low fiscal space, high unemployment rate, high debt and high cost of governance in those economies.