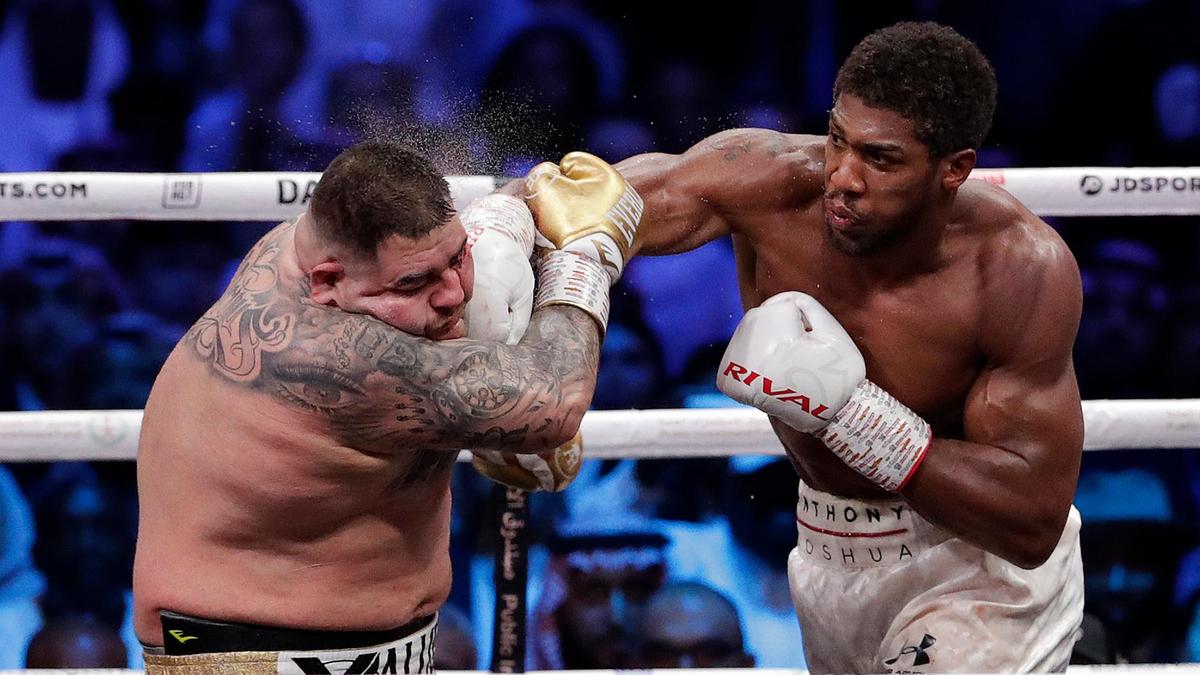 Anthony Joshua defeated Andy Ruiz to reclaim his WBA, IBF, WBO, and IBO titles on Saturday in Riyadh, Saudi Arabia after a stunning knockout loss in New York in June.

Despite Andy Ruiz been the favourite in the rematch, the former champion lost by a wide margin and just doesn’t have the leg to cut the ring and go after a more tactical Anthony Joshua.

While Andy Ruiz had won the first bout despite having about a month’s preparation, he failed to produce the same result with three months’ preparation, more money, better equipment and global support.

The question is why? Below are business lessons from Andy Ruiz’s defeat.

Don’t Get Too Comfortable

Successful people don’t stop working, they leverage on past wins to conquer future challenges. Not relinquish it.

Immediately Andy Ruiz defeated Anthony Joshua in New York in June and became the first Mexican heavyweight champion of the world, everything changed. He partied more, attended more events and purchased luxury items that further distracted him from a rematch announced in the same ring he had won.

At a point, Manny Robles, Andy Ruiz trainer, said the former champion failed to show up in training as agreed. According to him, he needed to start working on his weight before training camp so that the focus would be solely on strategy and approach when the camp finally open. Rather than heed warning, the former champion kept saying he has Anthony Joshua number and insisted the now two-time heavyweight champion of the world couldn’t fight backward.

Ruiz got too comfortable against a man that has fought better oppositions, knows how to be a champion and successfully defended his title six times.

Even Mark Zuckerberg, the 5th richest man in the world with over $75 billion net worth, is not comfortable despite Facebook, Instagram and WhatsApp’s success. He continues to push the limit and presently working to be the face of a global digital currency, Libra.

Abel Sanchez, a fellow Mexican-American and former trainer of Andy Ruiz, one of the very few people that picked Anthony Joshua to win, said because Andy Ruiz doesn’t like training, ‘therefore, Anthony Joshua wins the rematch.’

Anthony Joshua started training three days after his first defeat, punching heavy bags and generally preparing his body and mind for a rematch that has no date or location at the time.

He understands the importance of hard work and dedication even in one of the sport’s most devastating defeat, millions of people would have given up following the criticism that trailed his defeat and several calls for him to retire.

Joshua knew only himself could right his wrongs and the tool to a successful outcome was to outwork his competitor. He got started three months before training camp open and entered training camp in fight shape. The three months training camp was spent on approach and strategy, that way he was able to adjust effectively to his huge weight loss, footwork and jabs that eventually won him the rematch.

Anthony Joshua knew if he could outwork Ruiz, he would beat him. So he outworked him.

Success is an Ongoing Process

Aliko Dangote, the richest black man alive, is presently building 650,000 barrels per day petrol refinery and other petrochemical products project value at an estimated $14 billion in Nigeria despite his success in Cement Manufacturing and other businesses.

Dangote, like other successful people, knows success is an ongoing process and refused to be defined by his success in cement making, Dangote sugar, rice, etc.

The difference, Anthony Joshua didn’t just want to win the rematch but also write his name among two-time heavyweight champions like Wladimir Klitschko, Mike Tyson, etc. So he worked his way into history.

According to Joe Frazier, Champions aren’t made in the ring, they are merely recognized there. What you cheat on in the early light of morning will show up in the ring under the bright lights.