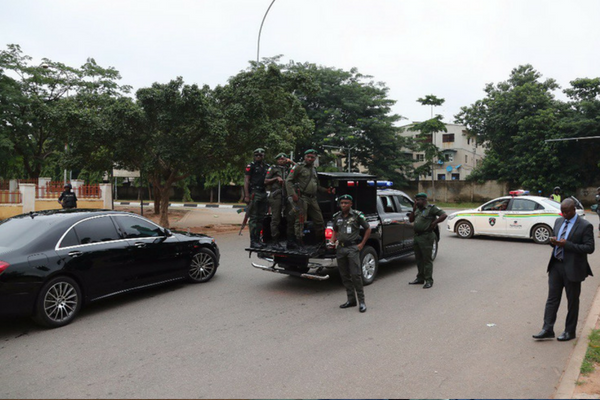 As part of efforts to bridge the nation’s housing deficit, the Nigeria Police Force and a property development firm, Echostone Nigeria Limited have sealed an agreement for the development of 100,000 houses across Nigeria.

The project which is planned over the next five years will help the policemen to own their homes at their desired locations nationwide with 1,000 kilometres of roads, drainages, and other infrastructure.

The agreement also proposes to have 1,000 Megawatts of on and off-grid power supply and distribution and provide 50,000 direct and 2.5 million indirect jobs.

The Director, Echostone, Mr Sammy Adigun said: “The project will help in solving security challenges because when our men and women are comfortable and motivated, they will perform better and be more committed to the difficult and challenging work of policing the nation.

“The project will be one, two and three-bedroom high-quality homes built to the highest quality standard and in a very beautiful environment with parks, gardens, schools, shops; every estate will have an infrastructure with paved roads, drainages, water, power (on and off-grid) and sewage systems and treatments.”

According to him, the company would be mobilising local and international partnerships to achieve the project successfully.

The Founder and Chief Executive Officer of Echostone International, Anthony Recchia noted that the partnership would be the first of its kind in housing delivery in Nigeria.

He explained that “the Police are the single largest employer in the Nigerian economy and this project when achieved will be a major boost to the economy and the welfare of the Police.”

The Inspector-General of Police, Mohammed Adamu’s approval of the housing programme was direct economy empowerment, according to the Managing Director, Police Property Company, Rudolph Obe.

Obe also disclosed that the houses will come with mortgages of up to 25 years with an interest rate of only six percent per annum.