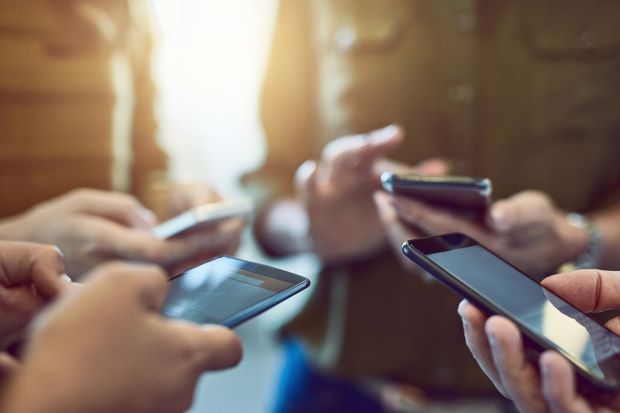 The message read: “Yello, please note that from October 21, we will charge N4 per 20 seconds for the USSD access to banking services. Thank you.”

The Governor, who was responding to questions from the annual meetings of the World Bank and International Monetary Fund holding in Washington DC, USA, said: “About five months ago, I held a meeting with some telecom companies as well as the leading banks in Nigeria and the issue of USSD came up.

“At that time, we came to the conclusion that the use of USSD is a sunk cost, which is not an additional cost on the infrastructure of the telecom companies. But the telecoms companies disagreed with us and said it is an additional investment and they needed to impose it.”

Emefiele added that “I appealed to them that they should review it downwards and they refused. I understand that three or four weeks ago, rather than reduce it, they went ahead to increase it by 300 percent.

“I opposed it and I have told the banks that we will not allow this to happen; the banks gave this business to the telecoms companies, and I leave the banks and the telecom companies to engage.”

The Governor, however, said he has instructed Deposit Money Banks to move their business to any telecom company with the lowest service rate if not zero cost.

“And that’s where we stand and we must achieve it,” he added.

Dr. Isa Pantami, the Minister of Communications, said he has directed the Nigerian Communications Commission to suspension the USSD plan by MTN.

While MTN Nigeria has claimed the charges were from Deposit Money Banks, who have been paying and now want subscribers to bear that responsibility, Pantami said he was unaware of the development.

In a statement released on Sunday, he said, “The attention of the Federal Ministry of Communications has been drawn to the viral text message allegedly sent by the mobile network operator MTN Nigeria and other mobile operators notifying subscribers of a N4:00 charge per 20 seconds on the USSD access to banking services from the 21st of October 2019.”

“The office of the Honourable Minister of Communications, Dr Isa Ali Ibrahim Pantami, is unaware of this development and has hereby directed the sector regulator, the Nigerian Communications Commission, to ensure the operator suspends such plans until the minister is fully and properly briefed.”

Banking that Suits Every Lifestyle: Here’s how Fidelity Bank Supports the Everyday Nigerian

Ever committed to the well-being of Nigerians, and as an extension of its avowed desire to be the go-to bank for customers’ lifestyle needs, Fidelity Bank Plc continues to set the pace in the Nigerian financial services industry with excellent banking products and services. The bank has also received recognition for its numerous praiseworthy initiatives tailored to support Nigerians in their different pursuits.

In the Small and Medium-scale Enterprises (SME) sector, Fidelity Bank is topping the charts as one of the SME-friendly Nigerian banks. This ties to their recognition of the undeniable impact that SMEs have on the Nigerian economy. According to a recent report by the Nigeria Bureau of Statistics, SMEs in Nigeria have contributed about 48% of the national GDP in the last five years. With 17.4 million, they account for 84% of employment and nearly 90% of the manufacturing sector regarding the number of enterprises. To support this growth and a more robust economy, Fidelity Bank has positioned itself as a leading supporter of small businesses with a suite of tailored offerings, equipping Nigerian SMEs with the much-needed capacity for sustained business growth and entrepreneurial success.  This is evident in their low-interest credit facilities with flexible collateral requirements, the Fidelity SME Academy which offers business advisory to business owners, and the critically acclaimed Fidelity SME Radio Forum. All these initiatives and more have resulted in tremendous success for the benefiting SMEs.

Going beyond SME support, the bank has also recorded remarkable strides in digital banking. Fidelity Bank currently leads a growing number of forward-looking financial institutions that are leveraging technology to create innovative products and services. The bank underwent a significant evolution of business culture over the past years to improve operational efficiency.

The impact of this business evolution can be easily seen in the bank’s recently introduced “Pay Yourself” digital service for salary earners and SMEs. This ground-breaking digital product puts customers in charge of their finances by letting them determine when they want to get paid- anytime from midnight on their official payday to the last day of the month. The product which had been piloted successfully for eleven months by their staff is now available to customers whose salaries are domiciled with Fidelity Bank. ‘Pay Yourself’ gives customers the ability to pay themselves their salary via USSD code on their mobile phones.

The Fidelity Virtual Card is another revolutionary product the bank has introduced recently to enhance its customers’ lifestyle by enabling them to carry out transactions without their physical cards. The cards can also be linked to any account and are 100 percent secure. In addition to this, the bank partnered with PayAttitude, a Nigerian fintech company, to create seamless payments and financial transactions. With this partnership, Fidelity Bank customers now have the option of carrying out transactions with just their phone numbers.

This drive by the bank to better the lives of Nigerians can also be seen in the bank’s noteworthy investments in corporate organisations. Taking cognisance of the sector’s contribution to the Nigerian economy, the bank has over time developed tailored products and services to sustain such organisations with their working capital and structured finance needs.

These services and products enable corporate organisations to own efficient Current Accounts with complimentary management of the daily cash flows. The bank also provides specific solutions such as the Working Capital Finance, which provides working capital solutions such as Trade Finance where the bank facilitates the issuance of various types of Letters of Credit, Bills for Collection, and Import Finance Facility for international trade. The bank also offers Overdraft and finances, which guarantees easy access to funding for corporates with short-term funding needs. There are also Bonds and Guarantees, which are Contingent Liabilities to guarantee performance and/or payments on contractual obligations for Large Corporates.

All of these, amongst others, solidifies the bank’s position as a customer-centered bank, with the mission to not only make financial services easy and accessible to Nigerians everywhere but, more importantly, to provide financial services that suit the Nigerian lifestyle.

Wema Bank Plc, one of Nigeria’s leading financial institutions, grew profit before tax by 149 percent in the first half (H1) of 2021, according to the lender’s unaudited financial statement released through the Nigerian Exchange Limited.

Commenting on the results, Mr. Ademola Adebise, the Managing Director said, “We are pleased to release our results for the first half of the year. Our performance speaks to the spirit of resilience that runs through the organization as we have strongly bounced back from the covid impacted performance of the same period in 2020.

“As the economy opens back up fully, we expect to see a stronger performance for full year 2021. Over the course of the second half of 2021, the bank will continue its strong focus on the digital business, pushing for further gains in customer acquisition, consumer lending and transaction volumes while on the commercial side of the bank, we will continue to aggressively grow our commercial lending business alongside trade and other revenue lines.”

The Chief Finance & Strategy Officer, Tunde Mabawonku said “We are delighted to announce the Bank’s H1 2021 results. The performance shows growth in key financial metrics despite the challenging macro-economic environment arising from the covid 19 pandemic.”

According to Mr. Mabawonku, “The key measure of success for us is growth in customers and customer activity – and we are glad that we are reporting strong growth here.”

Ecobank Nigeria has announced the relaunch of its Credit Card products with a wide range of benefits to customers including access to International Point of Sale (POS) and Automated Teller Machines (ATM).

Korede Demola-Adeniyi, Head, Consumer Banking, Ecobank Nigeria, who made the announcement in Lagos, said the Ecobank Platinum and Gold Credit Cards would afford holders the opportunity to shop now and pay later while also ensuring customer safety by eliminating the risk of carrying cash.

She added that the Ecobank credit card can be used in-store, on the web and via all digital channels.

“ Our card types include Platinum and Gold Cards both of which have a validity period of three years, however, the credit limit would be for a maximum period of 12months, and this is renewable. The Ecobank credit card is cash on the go and its pricing is competitive. Our customers can have up to 45 days of interest-free usage. Interest would be applied on the unpaid amount after the grace period and not the total credit limit on the card. This product is available on a pre-approval basis to selected individual customers (new and existing) of the Bank”. She stated.

Also speaking, Daberechi Effiong, Head, Consumer Products, Ecobank Nigeria listed the features of the card types and eligibility criteria. According to her, salaried customers and customers with investments are eligible for credit cards. She added that customers with an existing loan may also request a credit card, but that their capability to take on additional credit would be considered in deciding the credit card limit.

Mrs. Effiong added that customers may request credit cards via various channels that include the Ecobank website, the Bank’s 24/7 contact center, or by simply walking into any of its 255 branches nationwide. She advised those seeking further inquiry to do so via the Bank’s social media platforms and contact center.

Ecobank Nigeria Ltd. is a subsidiary of the Ecobank Group, the leading pan-African banking group with operations in 33 African countries and a presence in four other locations (London, Paris, Beijing and Dubai). Ecobank Nigeria is a full-service bank providing wholesale, retail, investment and transaction banking services and products to governments, financial institutions, multinationals, international organizations, medium, small and micro businesses and individuals.