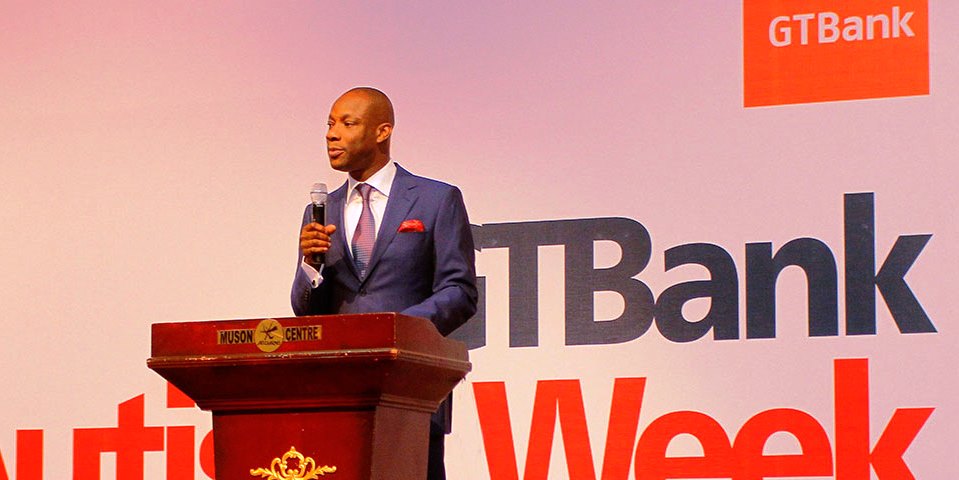 Guaranty Trust Bank (GTB), Nigeria’s tier-I bank, has said it is on track to meet the 60 percent loan-to-deposit Ratio (LDR) directive by September 30, 2019.

The Central Bank of Nigeria (CBN) had directed all banks in the country to maintain 60 percent LDR in an effort to stimulate growth and enhance job creation.

While some lenders are struggling with the directive, Segun Agbaje, the Chief Executive Officer, GTBank, said the bank has already attained 57 percent and it is on track to meet the entire 60 percent as directed by the CBN.

According to the CEO, the lender will grow its loan book by additional N40 billion to N50 billion before September 30, 2019.

“An application of the 1.5x multiple on target sectors in the computation process could even drive the bank’s LDR above the new regulatory limit,” said Agbaje.

The bank also stated that it is ramping up efforts to grow its digital loan book, with related exposures now at c.N25.0 billion and NonPerforming Loan ratio at 0.07 percent.

On growth strategy, the CEO said the bank was open to potential acquisitions outside Nigeria, inorganic growth avenues.

“In East Africa, we have to do one of two things; we either have to bring in capital or we have to think of acquisitions,” he said.

Speaking on the bank’s exposure to the oil industry, Agbaje said he was more concerned about downstream than upstream and midstream exposures.

“Specifically, downstream exposures now account for 9 percent and 59.0 percent of total oil and gas exposures and NPLs, respectively,” he said.

Agbaja, however, expects the apex bank to use moral persuasion to compel lenders to maintain 60 percent LDR rather than putting a cap on bank’s investments in the fixed income market, according to him, that could destabilise the financial sector.

“Overall, management does not see the policies of the CBN as negative for the revenue-generating capacity of the bank as the bank is about $1 billion long on its balance sheet and currently has no swaps,” he added.