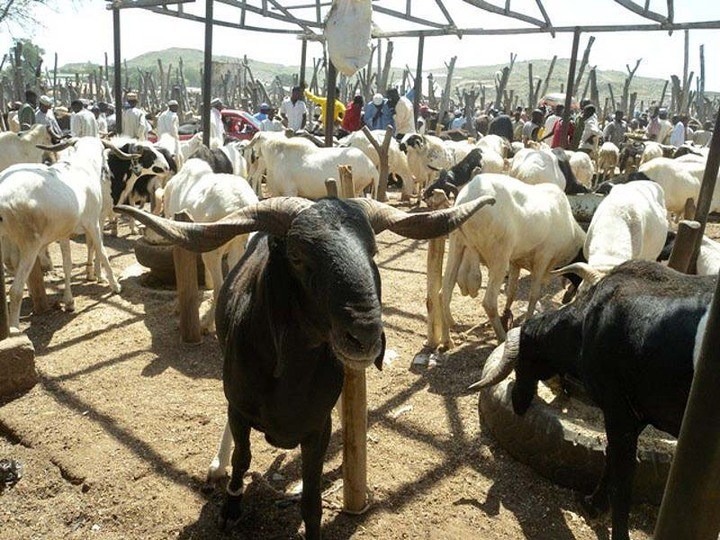 Consumers, who flooded the market, said the smallest ram cost between N30,000 to N40,000, while the moderately big ones were sold from N90,000 upward.

Checks with the traders revealed that cost of transportation from the Northern part of the country to places like Lagos, Osun, Ondo, and Ogun states contributed to the increment.

Also, the cost of feeding the rams added to the overall price as sales were initially slow, hence, the rams were kept and fed longer than usual. This, they attributed to the economy as most shoppers waited until the last minute before shopping.

Shoppers, however, disagreed, saying shop owners took advantage of the festive period to force more money out of shoppers with obviously zero alternatives.

Other food items like tomatoes, fresh pepper were also on the high side given the surged in demand in major markets in Lagos State, Ogun State and other States.

Investigation shows the price of tomatoes (40kg basket) starts from N10,000 and above, while that of scotch bonnet pepper (Atarodo), bell pepper (Tatase), and cayenne pepper (Shombo) were not different.

Food items that were produced in the Southern part of the country remained moderately affordable across key markets in the South. A bottle of Palm Oil and Vegetable Oil were sold for N350 and N400, respectively.

While prices of rice and beans were unchanged at N1,300 per paint and N1,400, respectively.

Overall, the cost of rams, tomatoes, and pepper were on the high side because of logistics costs but goods that could be accessed within the Southern region remained largely unchanged.

Consumer prices, headline inflation, moderated to 11.22 percent in June and projected to drop further in July to 11.01 percent, according to FSDH projection.

However, the food index remained high above 13 percent and likely to surge in August due to the substantial jump in prices during the festive period.