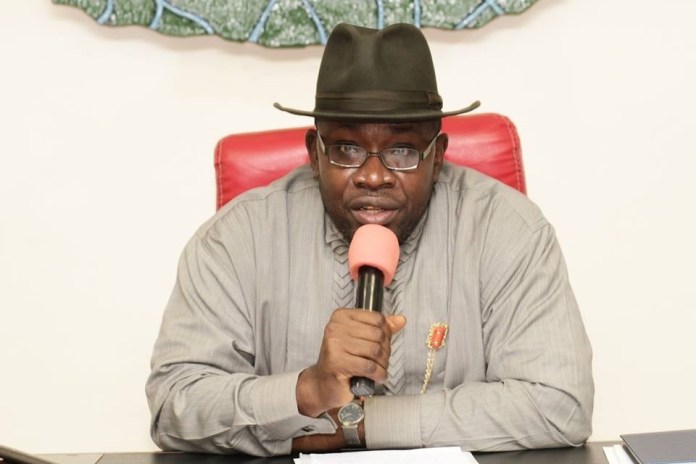 Bayelsa State Governor Seriake Dickson has said flight operations will begin at the new Bayelsa International Passenger/Cargo Airport with a flight to Lagos and Abuja in the next two months.

Dickson said this when he was conferred with a chieftaincy title – Amaebimowei Keni of Amassoma – by the Amananaowei of Amassoma, His Royal Highness Graham Naingba on Saturday.

In a statement by his Special Adviser on Media Relations, Fidelis Soriwei, the governor said work on the perimeter fence had reached an advanced stage of completion.

He applauded Amassoma community for providing the enabling environment for the completion of the airport.

He said a former governor of the state, Diepreye Alamieyeseigha, initiated the construction of an airport in Bayelsa but could not bring it to reality because of the abrupt termination of his administration.