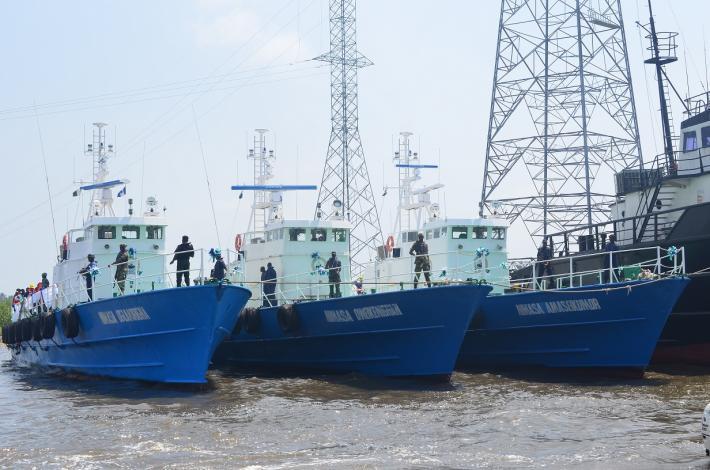 The Nigerian Maritime Administration and Safety Agency says it generated and contributed over N22.9bn to the consolidated revenue fund in 2018.

The Director-General, NIMASA, Dr Dakuku Peterside, described the revenue as the highest-ever contribution from NIMASA since its inception.

Peterside, who disclosed this when he appeared before the Senate Committee on Marine and Transport in Abuja, said NIMASA proposed N112.1bn for the 2019 fiscal year, according to the News Agency of Nigeria.

“Overhead will account for N24bn. For capital expenditure, which will be basically to fund ongoing maritime projects, it will earmark N17.6bn. The maritime fund projects will cost N71.01bn.”

Peterside said the agency’s contribution to the consolidated revenue fund had consistently been on the increase in the past few years.

He said, “In 2018, we contributed a total of N22. 9bn. This is the highest-ever contribution coming from NIMASA from its inception till date.

“It will interest the distinguished senators to know that in the past three years, our contribution to the consolidated revenue fund has surpassed every known record before now.”

He said the agency would be focusing on closing out all ongoing projects this year, adding, “We will also pay special attention to maritime safety as we prepare for the IMO elections.”

Peterside said NIMASA would continue to give priority attention to maritime security.

“We are prioritising our interventions under a programme called the Deep Blue Project, which was conceptualised to provide an integrated national surveillance and waterway protection solution with a command and control infrastructure in the country which will see us purchasing a number of special mission aircraft, helicopters for intervention, armoured vehicles for intervention, etc,” he added.

The NIMASA boss told the committee that the agency did not want the country to be known as a hotspot of piracy, “which is the challenge we are facing now.”

“So, we are paying very serious attention to the area of maritime security,” he added.

He said the agency would host a global conference on maritime security in the country in October to get the world to focus on the Gulf of Guinea.

Peterside, who thanked the House of Representatives for the passage of Suppression of Piracy Act, called on the Senate to also follow suit.

He said, “We are devoting a lot more attention than normal to the issue of maritime security. As we raise more revenue, we contribute more; if we raise less, we will contribute less.”