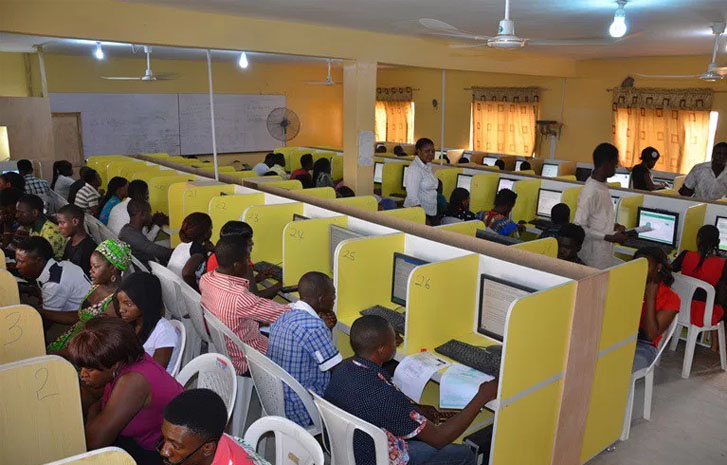 The board withheld a total of 49,265 results, 34,120 of those were held for examination malpractice and 15,145 remaining for further clarification.

It wasn’t all bad as 15 years old Ekele Franklin from Imo state saved the day by scoring 347 in the examination, the highest overall. He was closely followed by 16 years old Emmanuel Chidebube from Abia who scored 346, while 17 years old Isaac Olamide from Osun came third with 345.

The results showed the number of candidates that scored above 300 in 2018 dropped by 37.9 percent in 2019, indicating a declining performance across the system. More than 1.36 million of the total students that sat for the examination scored below 50 percent, meaning most universities would have to lower their cutoff marks to admit students, especially in the Northern part of the country.

Over the years, experts have highlighted the significances of a standard educational system to national growth. Recently, prof Ndubuisi Ekekwe, during his speech ‘the Growth of Nations‘ at the platform, explained how the American educational system enhanced his capability to build robots and empowered him to invent a technology now patented by the U.S. and top corporations.

He stated that Nigeria is an inventive nation with no substantial innovations to stimulate growth. According to him, an inventive society is a society that postulates and discusses possibilities without meaningful innovations.

This, he attributed to the poor educational system that failed to prepare students for the real world and insisted that until private investors come in to complement government efforts, we may not get the system right. A good system is a product of investment and strategies.