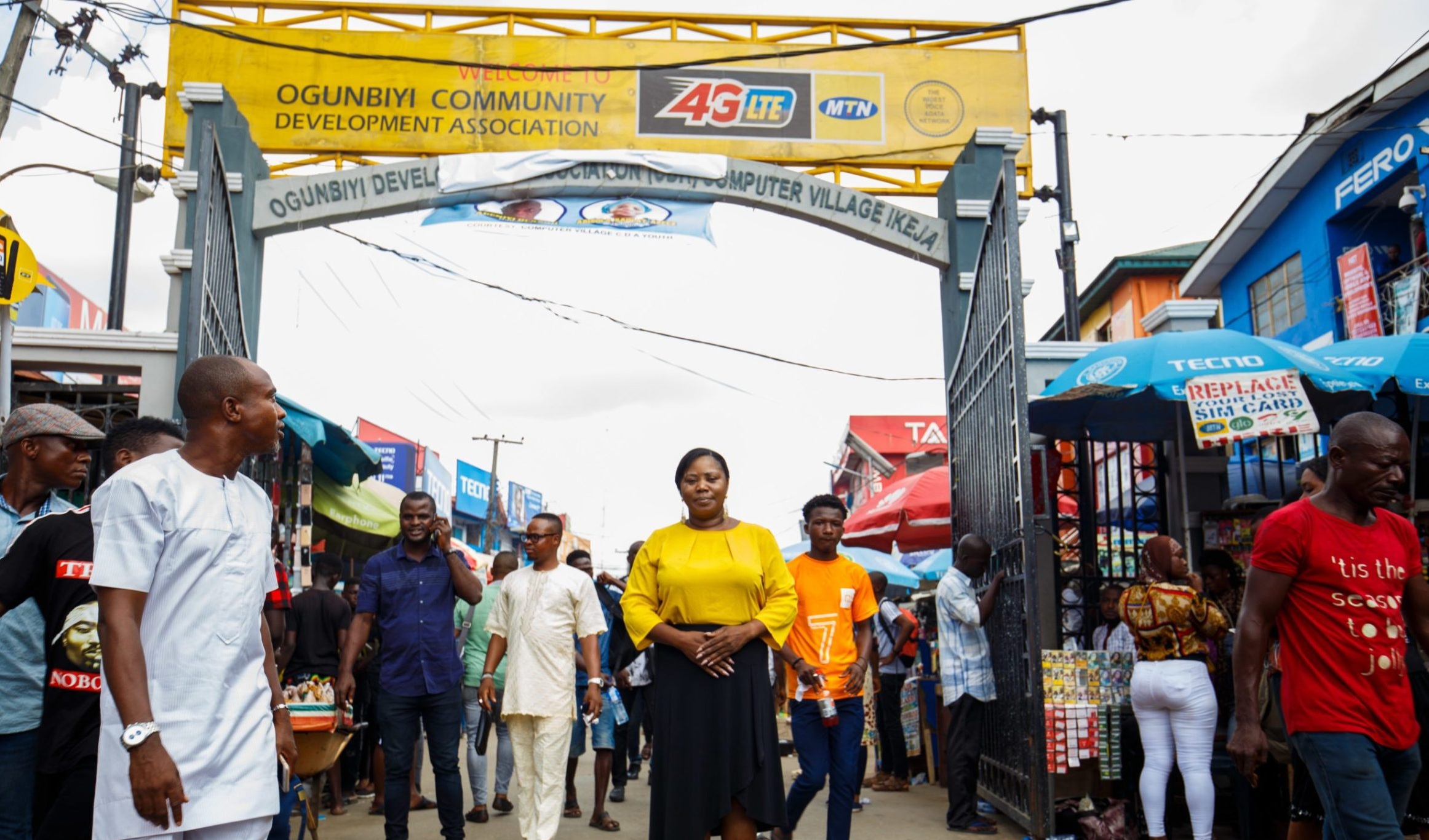 The newly appointed Iyaloja, Abisola Azeez Raolat, is not your everyday traditional market leader despite protesters against her installation saying otherwise.

Raolat, who speaks fluent English, studied Linguistics and graduated from the University of Benin in 1990.

Her journey to the top of the ladder in Nigeria’s largest ICT market started in the 1990s after her graduation from the University.

The Iyaloja, according to her, used to have an office in the highbrow area of Lagos, Victoria Island to be precise, where she was importing laptops and selling them locally.

She, however, relocated to Ikeja some 25 years ago, five years before Computer Village was formally established in 1999.

So it wasn’t a surprise when she mentioned that she was a foundation member of CAPDAN, executive board member and doubled as its secretary before it was reformed recently.

“I am the secretary of the group that registered CAPDAN,” Abisola explains, “I was the major person whom God used to install the president of the association. Evidence of this can be found in the video of his electioneering campaign as I was in the forefront of it,” Raolat continues. 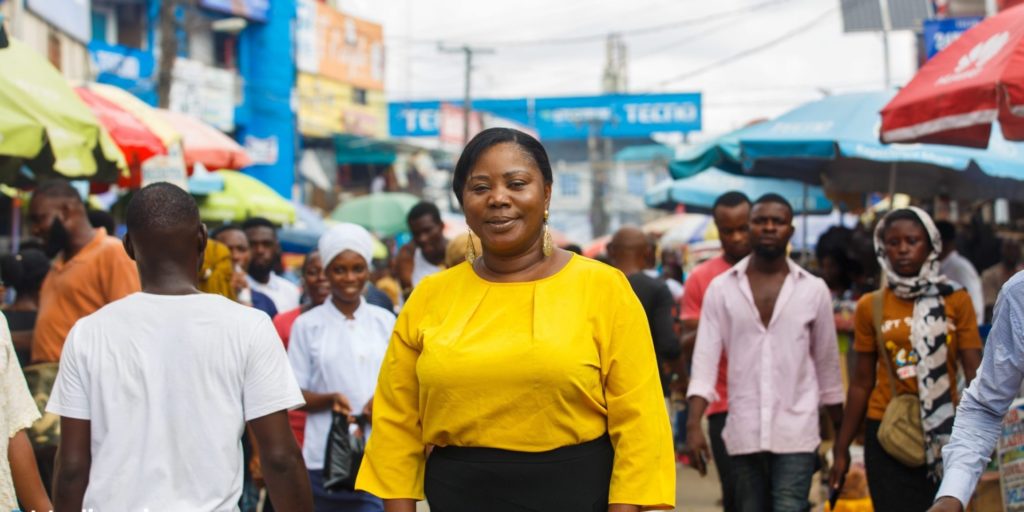 Despite the committee having executive board, the Iyaloja said she was the lead negotiator for the association whenever they need to approach blue-chip companies and banks.

“As part of the executive board of CAPDAN, and apart from being the secretary of the group that registered the association, I am the one who goes out on behalf of the association to talk to the likes of Microsoft and other blue-chip companies. I’m the one they send. So I have been in the system for long doing all of these, adding value to the business and community at large,” she added.

Therefore, because of her efforts and contributions, she said she is fully aware of Computer Village needs to thrive.

“The challenges of the people here are many, but I can tell you that lack of funding for these shop owners sits somewhere at the top. I however equally know how to harness facilities that enhance the growth of businesses in Computer Village,” says Raolat.

She explains that in the early days of the market, banks used to be a stumbling block to most shop owners. Apparently, banks in the country were buying laptops in bulk and selling to customers with a well-thought-out instalmental payment plan.

“I was one of the people who wrote to the government to stop banks from selling laptops as they aren’t specifically in the business of buying and selling,” she stated. 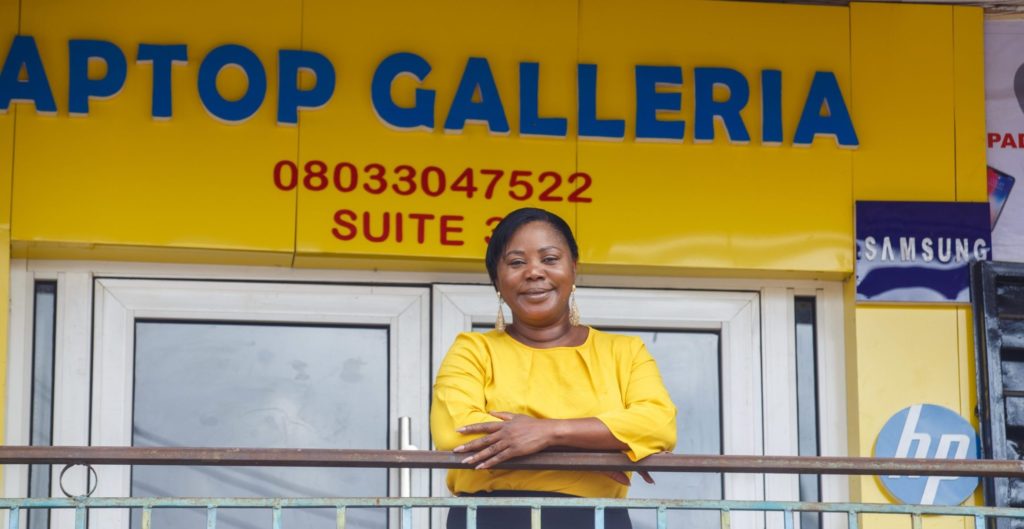 The new Iyaloja, however, expressed concern over market security.

According to her, “majority of the people on the streets (of Computer Village) are doing nothing. It is impossible not to get accosted by at least 5 boys asking if you want to buy or sell laptop should you find yourself walking the streets of Ikeja. Those are miscreants. The ones that really have things to sell are in front of their shops.”

She stated that it is impossible to leave the market like, hence promised to restore sanity to the streets of Computer Village soon.

“We cannot leave a large market like this just like that, without adequate security. If we remove those, you will see that there will be sanity on the streets with free flowing traffic. Very soon you would see that, on the streets of Ikeja, there will be no waiting, no stopping and no soliciting. Just keep moving,” boasts Abisola.

On her appointment as the new Iyaloja, Raolat said it wasn’t really surprising as more than five meetings, spanning several months were held with stakeholders prior to the appointment.

“I have always been a leader. I’ve been called ‘Iyaloja’ by everyone in the market for over ten years, as a nickname and as a result of my contribution in the market. But in my humble opinion, I think it’s just the right time for God to crown the name with a position,” she concludes.