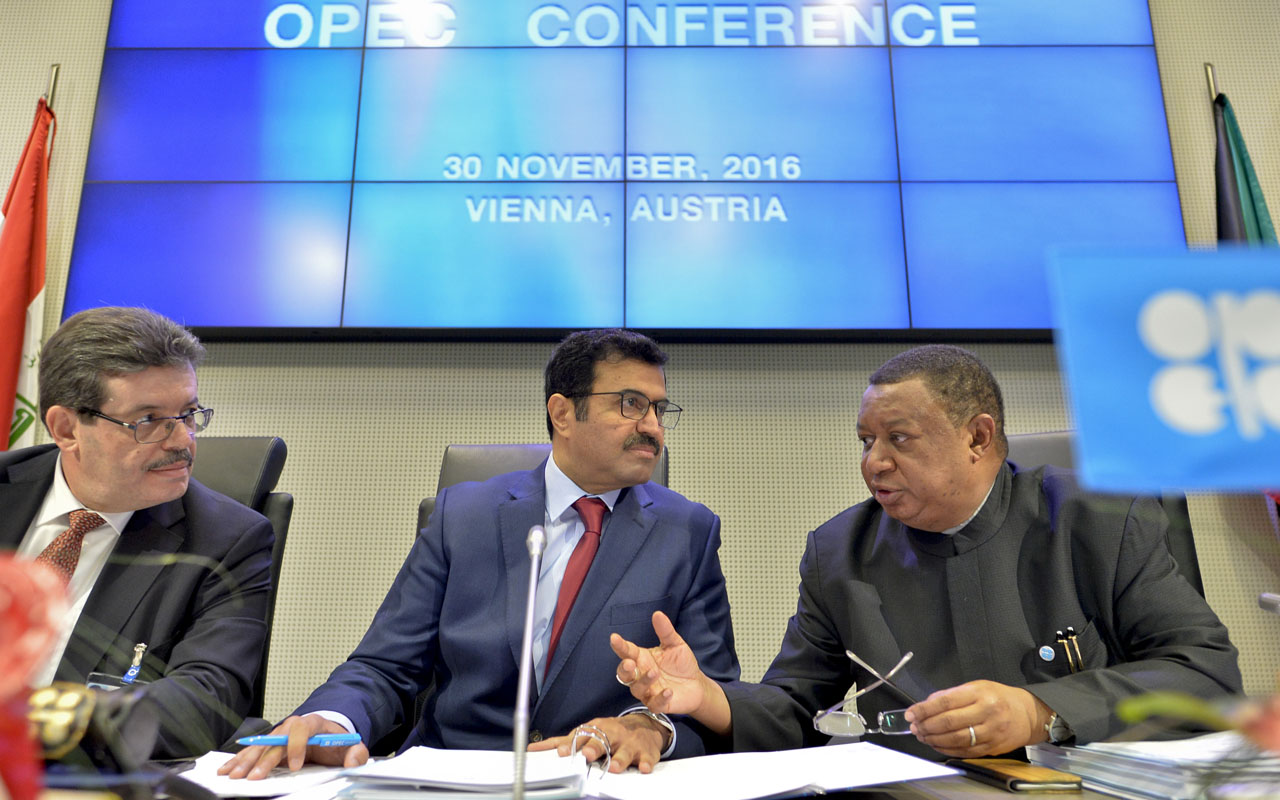 Expenditure on oil and gas exploration and production (E&P) rose by eight per cent between 2017 and 2018, when the global oil industry was still climbing out of the price slump that affected its operations, the Secretary General of Organisation of Petroleum Exporting Countries (OPEC), Dr. Mohammed Barkindo, has disclosed.

Barkindo, said during a recent luncheon at the Center for Strategic & International Studies (CSIS) in Washington, United States, that the eight per cent increase in E&P expenditure for the two years was after it had fallen by an enormous 27 per cent in 2015 and 2016.

He stated this in a speech obtained by press.

He also hinted that it took OPEC and its allies led by the Russian Federation, approximately 18 months to rebalance the global oil market, and get it working for both producers and consumers which he claimed were happy with the work the group has done through its ‘declaration of cooperation’ framework.

According to Barkindo, oil producers and companies must invest heavily to offset the impact of natural decline rates.

He explained that the general consensus was that there was an annual decline rate of five per cent which then suggests that the industry needs to add over four million barrel a day (mbd) each year to just maintain current production levels.

“This is all brought home by the scale of the investment requirements. Oil-related investments across the upstream, midstream and downstream are estimated at around $11 trillion in the period to 2040.

He further stated: “This only adds to the worry that if our industry is concerned about policies that detrimentally impact oil and investments, with talk of stranded assets and declining values of oil; then we have a potentially dangerous scenario, one that could increase volatility significantly and lead to a future energy shortfall.”

Speaking on the ‘declaration of cooperation’ framework, Barkindo said: “It took us around 18 months to return OECD inventory levels to the five-year average, our stated metric.

“Moreover, when we saw conformity levels to the voluntary production adjustments overshoot in the middle of 2018, we were agile and flexible enough to modify course and stay ahead of the curve.”

He noted that OPEC and its allies were committed to their production cap agreement, adding: “When the market has appeared skewed to oversupply, we reacted accordingly, and equally, when concerns were expressed regarding demand outpacing supply, the partners in the ‘Declaration’ took the appropriate action.

“The ‘Declaration’ has had a transformational impact on the global oil industry. The change we have seen over the past two years or so is like night and day.”

“Let me stress that we take a very measured approach through the ‘Declaration of Cooperation’ – we look at the market outlook, we listen to consumers and other stakeholders, and I assure you that we are focused on the interests of the global economy,” he explained.

In terms of current market conditions, he stated that since the beginning of the year, the market has been slowly, but steadily moving towards a more balanced state and market sentiment has cautiously improved.

“But we still believe we need to see inventory levels drop further. We also recognise the fact that underlying risks remain, such as ongoing trade negotiations, monetary policy developments, as well as increasingly complex geopolitical challenges,” he noted.