A Google foreign exchange error confused Nigerians as many wake up to N184 per US dollar exchange rate on the eve of the general elections.

The exchange rate, however, was trading at about N360 to a US dollar on the chart displayed with the wrong figure published by Google as shown below. 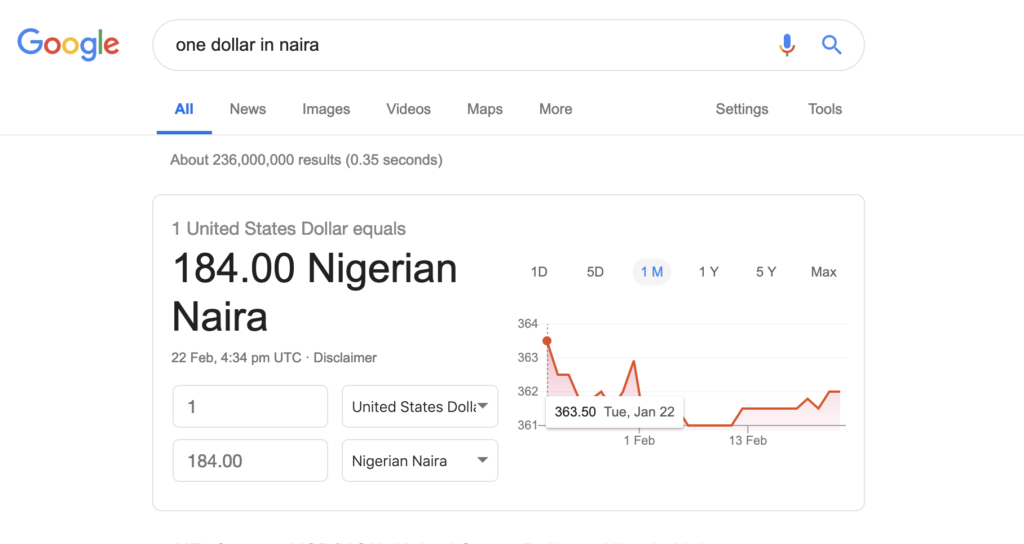 Google has since released a statement to clear the air, the company tweeted, “We’re aware of an issue causing inaccurate conversions for Nigerian Naira currency, so we will remove the conversion onebox from appearing in search results until we are able to diagnose the issue.”

A look at Bloomberg, one of the world’s biggest financial media, revealed that the Naira rate to a U.S. dollar remained N361. Suggesting the N184 per US dollar published by Google may be a software error or as a result of a bug in its algorithm.

Nigeria will hold its general elections on Saturday 23rd with President Muhammadu Buhari and former Vice President Atiku Abubakar as the main contenders.