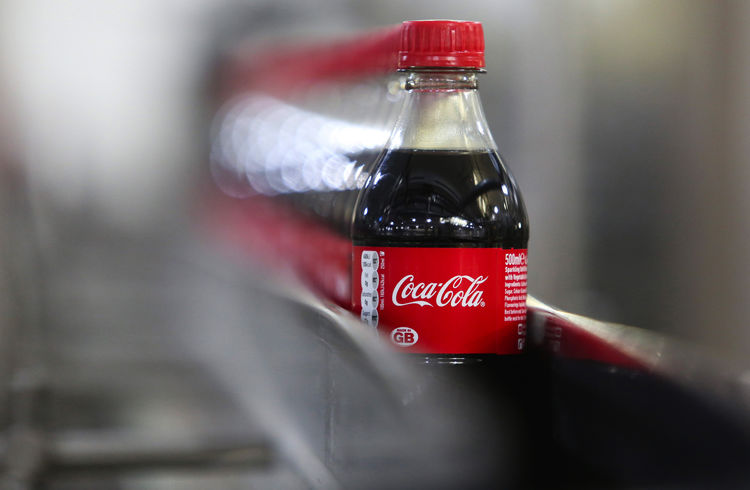 Coca-Cola forecasts a full-year profit well below Wall Street expectations on Thursday as it reported a quarterly decline in volumes in North America, sending its shares down by three per cent.

The company’s financial statements, which were released to the London Stock Exchange on Thursday, showed that Coke raised prices of its beverages at the expense of falling demand.

It said food packaging companies were facing the brunt of rising freight and commodity costs and a dearth of truck drivers leading to squeezed margins and higher costs.

The company forecast full-year profit to be between 2.06 dollars and 2.10 dollars per share far below the average expectation of 2.23 dollars, blaming a stronger dollar.

Net income attributable to the company’s shareholders was $870m or 20 cents per share in the fourth quarter ended December 31, 2018, compared to a loss of $2.75bn or 65 cents per share, a year earlier, when the company took a tax-related charge.

Revenue fell by six per cent to $7.1bn in the fourth quarter, hurt by the refranchising of its low-margin bottling operations.

Analysts had estimated sales of $7.03bn dollars, according to Reuters data.

The company, in its financial results for the full year ended December 31, 2018, said its net sales revenue increased by six per cent on a foreign exchange-neutral basis.

It said volume growth accelerated to 4.2 per cent with growth in all segments, driven by sparkling beverages.

The volume of sales in Nigeria, however, decline amid the competitive environment.

There was a 20 basis-point reduction in comparable operating expenses as a percentage of revenue and its free cash flow stood at €370m.

The board of directors proposed a €0.57 dividend per share, which is a 5.6 per cent increase on the 2017 dividend.

The Chief Executive Officer, Coca-Cola HBC AG, Zoran Bogdanovic, said, “In 2018, we delivered another very good performance with revenue growth above our target range and another step up in margins.

“Strong volume growth in all our segments was helped by a record number of new product launches, while price/mix improved for the eighth consecutive year. This growth supported margin progress, which we delivered while increasing our investment in marketing.”

Bogdanovic said the company’s sharp focus on cost efficiencies continued while they invested in the business for growth.

According to him, the shape of the business, capabilities and commitment of the people and the company’s overall commercial proposition gives the confidence in the ability to continue to grow revenues and margins.